A KA`U HONEY produced by the bees of Eric Belcher, who owns 71 acres off Ka`alaiki Road, the old sugar haul road between Pahala and Na`alehu, took a first prize in the Hawai`i Honey Festival yesterday at Nani Mau Gardens. His Ka`u honey comes from Christmas berry, ohi`a lehua, paperbark and macadamia nut blossoms next to Belcher’s land – from orchards of Edmund C. Olson. Belcher is a member of Big Island Beekeepers Association and manned the organization’s booth at the Honey Festival. His Ka`u honey took first in the light, mixed floral division. Its brand name is `Aina Mele Pure Hawaiian Raw Honey. Belcher is the brother of Wood Valley flower and coffee grower Claudia McCall.
The Hawai`i Honey Festival at the recently reopened Nani Mau Gardens in Kea`au drew more than 2,000 people, said organizers Carol Conner and Chelle Pahinui. One of the participants was East Ka`u Senator Russell Ruderman, who played rock and roll in his band. Displays included honey, candles, soaps and other beeswax and honey products.
The sponsoring organization is Big Island Beekeepers Association. The group assists with the startup of apiaries. It helps with marketing honeybee products, provides community service with bee issues and supports public policy to improve conditions for persons keeping honeybees, including lobbying for the Save Apiary Program Act. It supports the activities of the State Apiculture Specialist and sponsors continuing beekeeping education. The organization recently helped to sponsor the visit of the American Honey Queen Caroline Adams, who gave talks to seniors in Pahala and classes at Na`alehu Elementary School.
Gov. Neil Abercrombie proclaimed yesterday Hawa`i Honey Festival Day, honoring the organization for remaining vigilant to the education of beekeepers and “promoting the importance of the honeybees to agricultural sustainability, endorsing the vital role pollination plays in the health of our national forests and grasslands, providing forage, fish and wildlife, timber, water, mineral resources, recreational opportunities as well as enhancing economic development for our communities.” The proclamation noted that honeybees are “essential partners of farmers and ranchers in producing much of our food supply, locally,” noting they are “particularly important pollinators for our macadamia nut and coffee industries.” See more at bigislandbeekeepers.com.
To comment on or like this story, go to facebook.com/kaucalendar.

“BLESSED WITH SEVERAL SOURCES OF RENEWABLE ENERGY, Ka`u has the opportunity to benefit from Hawai`i’s transition to a more sustainable energy future,” according to a new draft document for Ka`u Community Development Plan. Appendix V4C: Local Economic Development Analysis discusses solar water and photovoltaic, wind, micro-hydroelectric and biofuel.
According to the analysis, while South Point features strong and consistent trade winds, making it one of the best sites in the world for generating electricity using wind turbines, “many other areas in Ka`u are well suited to wind power generation.”
Regarding hydropower, the document states that “Ka`u’s system of irrigation tunnels is uniquely suited for additional development of hydropower systems. The U.S. Department of Agriculture is also a potential funding source for these types of ventures.”
The Olson Trust’s micro-hydropower operation is an example discussed in the document. The system “has the potential to power about 400 homes in Pahala along with operations at the new Ka`u Coffee Mill & Visitor Center and macadamia nut husking operations. The hydropower system costs approximately $1.5 million and has an anticipated three-year payback period, ” according to the analysis.
Regarding biofuel, the analysis cites a 2006 report on biodiesel crop implementation in Hawai`i that suggests that 25,000 acres in Ka`u could be placed into agroforestry operations and that diverse crops be considered “to capitalize on the rainfall range (30” to 80”) in the region.
“Because the fuel-to-energy conversion is more efficient, biodiesel is better suited as a transportation fuel than it is for power generation,” the document states. “Therefore, biofuels are not yet competitive in the power-generation market. In contrast, biodiesel on the mainland is being developed for transportation end use, and the prices are competitive with petroleum-based diesel. The August 2013 State Energy Policy notes that ‘biofuels should be targeted primarily for jet fuel and used in electric generation only as a transitional use.’”
Specifically regarding the `Aina Koa Pono project, which would construct and operate a biorefinery and use about 13,000 acres in Ka`u to provide the feedstock for the planned biofuel facility near Pahala, the CDP document refers to a comparative analysis of land uses for diversified agriculture and biofuel feedstock production done by a group of students in an industrial ecology course at Yale’s School of Forestry and Environmental Studies. The group concluded that water demand for biofuel feedstock cultivation is higher than for other agricultural activities, “possibly making biofuel feedstock cultivation a difficult endeavor in arid Ka`u, especially on unirrigated lands.”
Solar is another renewable energy sector discussed. Several solar farms are under development in the Ocean View area, as a result of amendments to a law expediting renewable energy projects, the document states. Also, “solar farms are not addressed in the county zoning code, as such, so solar energy facilities currently only require building permits.”
In April 2012, building permits were issued to install solar photovoltaic systems on 22 approximately 15-acre parcels makai of the highway at Hawai`i Blvd. Also, Solar Hub Utilities “is expected to begin construction soon on a series of one-acre solar arrays on three-acre parcels in Ocean View makai. An interconnectivity study for HELCO was recently completed, and Solar Hub Utilities is contracting with HELCO as part of the feed-in tariff program,” according to the analysis.
Regarding geothermal, the document states that “continued strong opposition to further geothermal development in Puna may help to encourage interest in other areas such as Ka`u.” The document identifies possible geothermal sites near South Point and between Pahala and Hawai`i Volcanoes National Park in the Ka`u desert.
“There is a range of opportunities for Ka`u to benefit from the strong growth in the renewable energy sector,” the document states. “To date, firms from mostly outside the community have taken advantage of these opportunities. But they have encountered a range of challenges related to technology, land use, transmission and financing.
“Proven decentralized, locally managed alternatives may be more appropriate for Ka`u. Smaller systems create more jobs, circulate local dollars within the community and increase local energy reliability and independence.
“Because many renewable energy jobs are in construction, Ka`u’s relatively large workforce of tradesmen is well positioned. However, to take full advantage of these opportunities, residents will have to build the requisite skills in installation, sales, operations and maintenance specific to renewable technologies,” the document concludes.
The draft document is available for review at area libraries and community centers and online at kaucdp.info. Planners seek input from the public by Dec. 16. A feedback form is available on the webpage.
To comment on or like this story, go to facebook.com/kaucalendar.

“WE HAVE THE GIFT OF GEOTHERMAL ENERGY,” says Richard Ha, owner of Hamakua Springs Country Farms, in a recent Civil Beat commentary. “We are extremely fortunate here on the Big Island to have a resource that most places don’t have.”
According to Ha, the biggest problem we face today is at the intersection of energy and agriculture. He writes, “As petroleum prices rise, there’s a direct consequence on agriculture and everything that goes into it (fertilizer, chemicals, packing materials, etc.).”
Ha says Hawai`i Island is far more dependent on oil than the U.S. mainland is: “We generate 78 percent of our electricity from oil, whereas on the mainland, it’s only two percent. As oil prices rise, everything that has electric costs associated with it gets more expensive. We already see this happening.
“Geothermal costs only half as much as oil, and the resource will be stable (we will be over the ‘hot spot’ that makes it possible) for 500,000 years.
“If we increase our use of geothermal over the years as the price of oil rises, we will be more competitive with the rest of the world. This will be good for our island’s ag industry and also for our people, who will see prices go down, instead of up.
Ha is concerned that the time to start using alternatives to oil is coming quickly. “We have to let science and technology prevail so we can move forward, not stagnate nor fall behind, and we have to get on this now,” he says.
“Oil is a finite resource, and its cost will rise. There is no question about this. It’s a predictable consequence of what’s happening now, and this is not just my take on it.
Ha cites Gail Tverberg, an actuary on Peak Oil, who predicts that in two years “we’ll be in really serious trouble.”
He also cites a recent Citibank report predicting that Saudi Arabia will no longer export oil by 2030 because they will be using all their oil within their own country. “The consequence of this would be rising oil prices, and the effects would be felt much sooner than 2030,” according to Ha.
“It might be two years from now, or it might be 20 years, but it will happen, and it might happen soon,” Ha says. “We need to start preparing now.
“Charles Darwin said it’s not the strongest nor the smartest who survive, but the ones that can adapt to change. Let’s survive, and more,” Ha concludes.
To comment on or like this story, go to facebook.com/kaucalendar.

ST. JUDE’S CHURCH IN OCEAN VIEW hosts an interfaith service of thanksgiving today at 2 p.m. with speakers from the Christian Science church, the Tibetan Buddhist Mission, Wood Valley and Shepherds from Ka`u. All are welcome to share in this nondenominational service and bring some food to share.

CHRISTMAS IN THE COUNTRY CONTINUES TODAY at Volcano Art Center Gallery in Hawai`i Volcanoes National Park until 5 p.m.
A campaign for membership and funding for new programs hopes to top $100,000.
All activities and demonstrations at Christmas in the Country are free of charge; park entrance fees apply. For more information, call 967-7565.

THE TOPIC AT TUESDAY’S AFTER DARK IN THE PARK is Large Earthquakes in the Hawaiian Islands: What You Need to Know. Weston Thelen, a seismologist with USGS Hawaiian Volcano Observatory, presents an overview of damaging earthquakes in Hawai`i, including current theories on why they occur and what we need to know about future large earthquakes.
The program begins at 7 p.m. at Kilauea Visitor Center Auditorium in Hawai`i Volcanoes National Park. $2 donation supports park programs; park entrance fees apply. 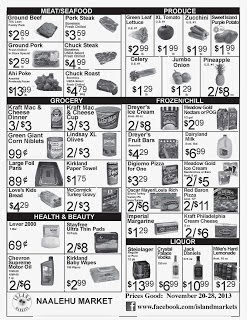 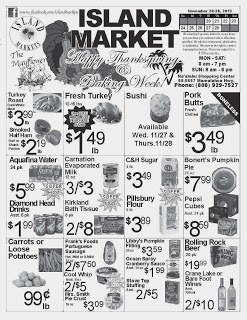 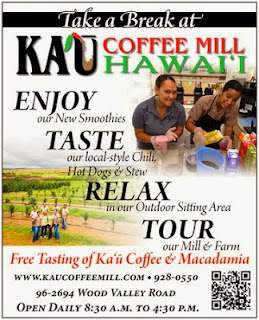