LIQUID ROBOTICS, which sends unmanned robotics out to sea from Hawai`i Island to study the ocean, has introduced the world’s first hybrid wave and solar propelled unmanned ocean robot, it announced today. “The Wave Glider SV3 incorporated the latest advancements in energy harvesting technology, providing the ability to utilize both wave and solar energy for forward propulsion…” to explore a “portion the world’s oceans in conditions that previously were too challenging or costly to operate.”
Bill Vass, CEO of Liquid Robotics, says through Wave Gliders providing delivery of ocean data “in a new and cost-effective way, we’re enabling broad access to affordable ocean exploration.” Liquid Robotics claims its missions can be 24/7 “through all weather conditions across most of the planet to help solve some of the world’s critical problems such as global climate change, ocean acidification, fisheries management, hurricane prediction, tsunami warning and exploration for valuable natural resources.”
“The Wave Glider SV3 can tap into the inexhaustible supply of the planets wave and solar energy, travel tens of thousands of miles, collect data in the most demanding sea states/conditions and deliver this data in real-time to users around the globe.”

HAWAI`I HEALTH CONNECTOR, the quasi-government health insurance exchange, has been funded by the U.S. Department of Health & Human Services for two years with more than $128 million. A customer service call center will be supported by the grant through Dec. 2014. Gov. Neil Abercrombie said the Hawai`i Health Connector will provide greater access to health care coverage.”
U.S. Sen. Brian Schatz said, “Implementing president Obama’s Affordable Care Act in our state will continue to be a top priority. Last month marked three years since this important law was enacted, and we’ve already seen thousands of people across the country receive access to affordable care and preventative services. This funding is critical for a call center and consumer assistance program that will help Hawai`i families make important choice about the care they receive.”
Sen. Mazie Hirono said, “I was proud to join President Obama in his fight to make health care more affordable for all families, and the Hawai`i Health Connector is a key stop in lowering the health care costs for families here in the islands.”
Rep. Tulsi Gabbard said the $128 million awarded to Hawai`i Health Connector “shows Hawai`i is prepared and taking the lead nationally. Ensuring access and availability to health care throughout our state, especially for those in our underserved communities, will help them obtain the quality care they deserve.” 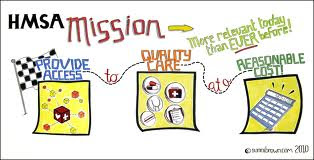 HMSA, THE STATE’S LARGEST health insurance provider, is blaming Obama Care in its quest for an 8.5 percent rate increase for businesses with fewer than 100 employees. HMSA is also asking for a 9.1 percent increase on its small business HPH Plus program. The request goes before the state Insurance Division, which gave HMSA a 2.6 percent increase last year after it asked for 3.9 percent in the same small business category. HMSA reported profits of $36 million last year.
According to a story in this morning’s Honolulu Star-Advertiser, HMSA spokesperson Elisa Yadao said, “Costs are increasing this year, partially due to health care reform.” The Kristen Consillio story reported Yadao saying health care assessments and taxes related to the reform make up about 23 percent of the rate request.
See www.staradvertiser.com.

ABEL SIMIONA LUI was removed by county police during Merrie Monarch week. The former 20-plus-year Kawa resident was living near the King Kamehameha statue in Hilo with Aloha Uprising supporters of the Kingdom of Hawai`i who say that the U.S. illegally occupies Hawai`i. They were growing taro on the state property. Lui and others were arrested and released.

MIXING MESSAGES AND LAW in new legislation has created a possible delay in a measure at the state Legislature that was put together for both the documentation of Native Hawaiian residents of the islands and a totally different issue, geothermal development. Hawai`i’s constitution states that “each law shall embrace but one subject, which shall be expressed in its title.”
According to a Derrick DePledge story in this morning’s Honolulu Star-Advertiser, House Bill 252 was originally drafted to identify Hawaiians for participation in a new Hawaiian government through a Native Hawaiian Roll Commission. However, it was amended, without advance public notice, to also “establish permitting, mediation and other regulatory standards for geothermal development,” DePledge writes. The title of the bill was simply “Relating to Government.”

DePledge quotes East Ka`u Sen. Russell Ruderman saying, “We have a situation where the public never had a chance to comment on this thing that’s going to be a major redefinition of the laws about geothermal.” The reporter quoted Ruderman as saying he is “very disturbed” about the process used to add the geothermal language to an unrelated bill and that he is looking for more oversight over geothermal development.
“The bill, which would include geothermal in the definition of renewable energy, would restore the ability of the counties to issue geothermal resource permits for geothermal development in agriculture, rural or urban districts even if such development is not a permissible use under county zoning laws or general plans,” DePledge writes in the Star-Advertiser. The bill may be delayed to give more time before it goes to conference committee between the Senate and House.
See www.staradvertiser.com. 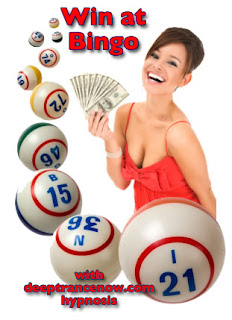 COUNTY COUNCIL COMMITTEE MEETINGS this week are focusing on the county budget for the fiscal year beginning July 1. At yesterday’s meeting of the Governmental Relations and Economic Development Committee, a discussion took place about gambling as way to balance the budget. According to Kohala Council member Margaret Wille, “We are in dire financial straits,” reported Nancy Cook Lauer, of Hawai`i Tribune-Herald. Wille suggested that allowing bingo may help the county raise money, contending that “high-stakes bingo is not the same as casino gambling. Social ills and often organized crime that go with casino gambling are not there.”
Ka`u’s Council member Brenda Ford had a different view. According to Cook Lauer, Ford said she’d researched the topic and found that costs to society and government are high. She said, “For every $1 in revenues, you spend $3 on social issues caused by the gambling. I would oppose all gambling in the state of Hawai`i … county of Hawai`i.”
See hawaiitribune-herald.com.

UPCOMING KA`U HIGH SCHOOL SPORTS this week include boys volleyball, tomorrow, Ka`u at Pahoa at 6 p.m. and Saturday, HPA and Honoka`a at Ka`u at 10 a.m.; Judo is on Saturday, with the BIIF Team tourney at Waiakea at 9 a.m. Girls softball is tomorrow with Hilo at Ka`u at 3 p.m. and Friday with Pahoa at Ka`u at 3 p.m. In track and field, Ka`u is in Kea`au Saturday at 9 a.m.

ALSO SEE KAUCALENDAR.COM AND FACEBOOK.COM/KAUCALENDAR.
Posted by The Ka`u Calendar at 11:58 AM Links to this post