BERTA AND JOSE MIRANDA, not only won first in the state, they won first in the Ka`u regional division during the Hawai‘i Coffee Association’s ninth annual Commercial Division cupping competition, held on Maui this weekend.
Berta Miranda said the Ka‘ū Coffee green beans she sent for roasting were a blend of mostly typica and “a little bit of catura.” All competitors’ beans were submitted green and roasted by the Hawai‘i Coffee Association. The winning beans were picked at Miranda’s Farms at Cloud Rest, in Moa`ula, above Pahala from trees about 20 years old.
The Mirandas care for their 24 acres of Ka‘ū Coffee at Cloud Rest with Berta’s father, Saul Enriques and Jose and Berta’s children. Miss Ka‘ū Coffee 2015 Maria Miranda and her siblings Ana, Carlos and Pedro all help their parents and grandfather on the farm.
Said Berta, “We work so hard with our coffee, we put our hearts, we put our love into the coffee just not for us but for the whole community. It is a blessing from the Lord. We love to do the coffee business.”
In addition to the 24 acres at Moa`ula, Cloud Rest, which they lease, the Mirandas recently purchased 21 acres next to the Kahuka section of Hawai`i Volcanoes National Park near South Point Road. They have already planted coffee there and hope to someday open a Ka‘ū Coffee shop.
They sell their Ka‘ū Coffee under their own Miranda’s Farms label and also to Starbucks, which offers a Ka‘ū blend. Starbucks representatives recently visited Miranda's and other Ka‘ū farms to observe growing practices and to share knowledge and meet with farmers on sustainability, fair trade and quality.
The Mirandas are originally from El Salvador where Berta grew up on a farm with seven sisters and one brother, helping the family raise cattle, green beans and corn.
During the civil war, Jose moved from El Salvador in 1984. Berta left El Salvador for California in 1991. Jose picked oranges, worked in packing houses, and Berta picked grapes. They left for Hawai`i after Jose was asked to come to Ka‘ū to work on the Ka`u Gold orange farm when it operated on South Point Road. Berta too picked oranges and then transferred to macadamia and worked for MacFarms for 11 years.
“Our dream, however, was to have our own Ka‘ū coffee farm and to own it,” said Berta. In 2006, they started farming in Moa`ula at Cloud Rest, acquiring an orchard and help from pioneer Ka‘ū Coffee farmers, Frances and Trini Marques. As the Mirandas became successful, they bought a second farm from the Marques.
Regarding their accomplishment, said Berta, “The big picture is you have to put all your love and passion to the coffee. You do it because you love to do the job, the pruning, fertilizing, picking, planting and processing, the pulping and drying. We love all of it. We do it. “
After hearing about winning both the statewide and Ka‘ū commercial cupping contests, the Mirandas held a “big family celebration at their home in Discovery Harbour, singing and praising with joy,” said Berta.


THE LATE HAWAIIAN SINGER, COMPOSER AND MUSICIAN MAHI BEAMER is remembered by Ka`u's  Kumu Hula Sammi Fo. Beamer passed away recently, bringing up memories of getting to know him in the entertainment world and becoming longtime friends, said Fo. 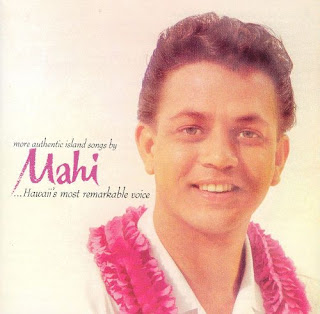 Fo, who lives in Ocean View, said her early Hawaiain dance and choreography career was started by Mahi's cousin, Keola Beamer, who taught her hula and gave her a job in the New York night club The Hawaiian Room where he was choreographer in charge of dozens of top hula dancers.
“He taught me how to dance hula in the famous and distinctive Beamer Method. I now realize that his hula lessons were a great gift to me, although I had no idea at the time that they would change my life. From there I joined the original cast of the Broadway Show The Flower Drum Song," recalled Fo.
“I flew to Las Vegas to join the show and there I met Buddy Fo, whom I later married. Mahi Beamer and his sister Sunbeam were the leads in a huge extravagant show, entitled Live from Hawai’i.              “Their show was one of the biggest on the Strip, with an extravagant supporting cast of dancers and musicians. Anything Hawaiian was immensely popular entertainment,” recounted Fo.  “Buddy took me to see their show and then he introduced me to them. Meeting Mahi and Sunbeam was very special, and we have been friends since then. Back in Hawai’i we saw a lot of each other. Mahi had a boyish look and he and his cousin, Keola, looked like brothers.
“They were both extremely talented, top of the line hula dancers and they both had a great sense of humor. When they got together they were like a pair of comedians – we would laugh 'till our stomachs hurt. I am so glad that I had the opportunity to see them perform many times, both solo and together.”
Mahi Beamer, 88, died on O’ahu within ten days of playing piano and collapsing after the funeral of his bother, Sonny Beamer, 91.
Mahi and Sonny were grandsons of famed Big Island composer and hula teacher Helen Desha Beamer, and nephews of Winona “Nona” Beamer, who played an important part in reviving Hawaiian culture through teaching hula and the Hawaiian language in the Kamehameha Schools.
Known for his falsetto singing, Edwin Mahi’ai “Mahi” Beamer was also a famed musician, hula dancer and a popular composer. He attended Kamehameha School, the University of California at Santa Barbara and the Julliard School of Music in New York.
Mahi recorded his first album, The Remarkable Voice of Hawai`i’s Mahi Beamer in Authentic Hawaiian Songs, for Capitol records in 1959.           His second album was entitled More Authentic Island Songs by Mahi … Hawai`i’s Most Remarkable Voice. This album features songs largely written by his grandmother Helen Desha Beamer. They include hulas, chants, love songs, and wedding songs. He has also recorded many singles, including more of his grandmother’s compositions. 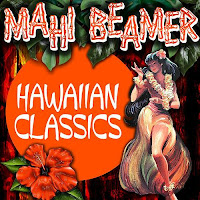 “A true contralto, Mahi Beamer’s voice is the epitome of the countertenor tradition,” texted Hoku Award-winning artist Kaumakaiwa Kanaka’ole, who also praised Mahi’s “seamless synergy of his piano virtuoso and mezzo soprano voice.”
After he retired as a singer, Mahi continued to perform as a pianist and an organist. He received the Hawai‘i Academy of Recording Arts Lifetime Achievement Award, was inducted into the Hawaiian Music Hall of Fame, named a Living Treasure of Hawai`i by the Honpa Hongwanji Mission of Hawai`i, and earned a Hawai`i Academy of Recording Arts Lifetime Achievement Award. He received the State of Hawai`i Recognition Award for his musical contributions and for perpetuating his grandmother's music. He earned the David Malo award presented by Rotary International for his cultural contributions.

Finian's Rainbow wraps up its run at Kilauea Military Camp's Kilauea Theater on Sunday at 2:30 p.m. Tickets are $20 general, $15 for seniors 60 plus and students and $12 for children 12 and under, available at the door. For more information or to make a reservation, contact KDEN at 982-7344 orkden73@aol.com. 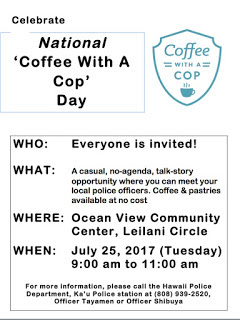 Posted by The Ka`u Calendar at 11:10 PM Links to this post