HABITAT FOR HUMANITY WEST HAWAI`I is building a new house for veteran Jim Helfenbein, of Ocean View. The project is a part of the Veteran’s Build program, which provides housing solutions and volunteer and employment opportunities to U.S. veterans, military service members and their families.
Other veterans recently volunteered to help out on Helfenbein’s house when Habitat hosted a veterans helping veterans day.
“We plan to continue building new homes and repairing existing ones for some time in Ocean View and are always looking for families to apply,” said Isobel Donavan, Habitat for Humanity West Hawai`i’s Resource Development coordinator and also an Ocean View resident. “We are also continuing our outreach to veterans and are hopeful that more veterans will apply.”
Applications can be obtained by contacting the Habitat for Humanity West Hawai`i office at 331-8010, emailing info@habitatwesthawaii.org or visiting their website at habitatwesthawaii.org.

KA`U COUNCIL MEMBER BRENDA FORD’S case against county Environmental Management director Bobby Jean Leithead Todd has been dismissed by Third Circuit Court Judge Ronald Ibarra. “The service was not proper, and therefore the court does not have jurisdiction over it,” Ibarra said, according to a story in Hawai`i Tribune Herald. “Since the respondent is being sued as an individual, not in her official capacity, serving an agent” is not allowed, unless Leithead Todd had appointed that person to accept papers on her behalf, Ibarra said.
In the story, Erin Miller reports that the sheriff who served the papers took them to Leithead Todd’s county office and left them with her secretary. Ford’s attorney, Michael Matsukawa, said he will re-file the petition.
In a petition filed against Leithead Todd in August, Ford asked the court to compel Leithead Todd to justify her qualifications for the position.
When Mayor Billy Kenoi’s nomination of Leithead Todd came before the County Council, Ford and two other council members voted against it based on a charter amendment that requires the Environmental Management director to be an engineer or hold an equivalent degree. According to Ford, Leithead Todd’s law degree does not meet those qualifications.
Leithead Todd’s attorney Robert Kim said she was “properly nominated by the mayor, properly presented to the County Council and approved by a proper majority of the council.”
Leithead Todd told Miller she is waiting to see what comes next.
See hawaiitribune-herald.com.
To comment on or “like” this story, go to facebook.com/kaucalendar.

COFFEE BERRY BORERS HAVE FOUND their way to at least one Hilo farm, according to a story in West Hawai`i Today. The story reports that the farm is located in the Amauulu area. Andrea Kawabata, coffee and orchard crops Extention agent for University of Hawai`i, said discovery of the new infestation was confirmed by the state Department of Agriculture.
The insect was first found on Hawai`i Island in Kona in Sept. 2010. In May 2011, Ka`u farms began to show infestations. So far, they have not been confirmed on O`au, Maui, Kaua`i or Moloka`i, which have their own coffee growing orchards.
Coffee tree owners are encouraged to adopt an Integrated Pest Management Program that involves counting any affected coffee cherries and keeping good records that can be used to analyze progress in fighting the borers.
Gov. Neil Abercrombie signed a bill in late June to provide $250,000 a year over two years to the state Department of Agriculture for research and another $300,000 to control and mitigate the coffee berry borer.
See westhawaiitoday.com.
To comment on or “like” this story, go to facebook.com/kaucalendar.

VOLCANO ART CENTER held its annual meeting last week and elected new board members, including more artists. The 14 board members for 2013-2014 are Jelena Clay, Kehaulani Costa, Desiree Cruz, Mary Miho Finley, Emily Herb, Hugh Jenkins, Karen Kaufman, Karen Masaki, Mike Mortara, Julia Neal, Vicky Penney-Rohner, Linda Pratt, Julie Williams and Jim Wilson. New officers are president of the board Hugh Jenkins, vice president Vicky Penny-Rohner, treasurer Karen Masaki and secretary Julie Williams.
Volcano Art Center Gallery, next to the Kilauea Visitor Center in Hawai`i Volcanoes National Park, is open from 9 a.m. to 5 p.m. daily and is preparing for Christmas in the Country and other events. In January, a solo show for Christina Skaggs original paintings will open. It is called The Color of Sacred.
The organization is also fundraising, following loss of income during the federal government shutdown. Call 967-7565.
To comment on or “like” this story, go to facebook.com/kaucalendar.

HAWAIIAN VOLCANO OBSERVATORY THANKS the thousands of Hawai`i residents who took part in the state’s first Great Hawai`i ShakeOut on Thursday, Oct. 17 at 10:17 a.m. They joined over 19.5 million people worldwide who also took part in the annual earthquake drill.
HVO said participation in the earthquake awareness and preparedness drill far exceeded its expectations and underscores the desire of Hawai`i residents to be prepared for natural disasters.
Hawai`i is subject to many kinds of natural hazards, with earthquakes being among them. Large earthquakes typically occur on and around island Hawai`i Island, but historically, they have also occurred around Maui, Moloka`i and Lana`i, with damage extending as far as O`ahu. The probability of a destructive magnitude-6.5 or higher earthquake striking the Hawaiian Islands in the next 10 years is 50 percent.
To comment on or “like” this story, go to facebook.com/kaucalendar.

HAWAI`I TOBACCO QUITLINE HAS A NEW online coaching service, providing experienced web-based Quit Coaches and free nicotine patches and gum to help curb cravings. In addition, the coordinators provide interactive lessons, exercises and tracking tools, online discussion forums with Quit Coaches and others trying to quit, plus encouraging and educational emails and texts.
The Quitline’s new web-based program allows tobacco users to create an easy-to-follow quitting plan plus exclusive access to the online program without calls from a Quit Coach. Enrollment is confidential via the website. Each plan is personalized to every user’s specific needs. Nicotine patches and gum are mailed directly to each tobacco user’s home.
The Quitline continues to provide free phone services, which include a personalized quit plan with a trained phone-based Quit Coach and free nicotine patches or gum. All Quitline programs are free and available 24 hours a day, seven days a week, whether using the toll free phone number or the web-based program.
For more information or to register for the web services, see clearthesmoke.org or call 1-800-QUIT-NOW.

KA`U RESIDENT DICK HERSHBERGER returns to present A Walk into the Past Tuesday when he portrays Hawaiian Volcano Observatory founder Thomas Jaggar. Programs scheduled earlier this month were cancelled due to the federal government shutdown. Participants meet at 10 a.m., 12 p.m. or 2 p.m. at Kilauea Visitor Center in Hawai`i Volcanoes National Park. 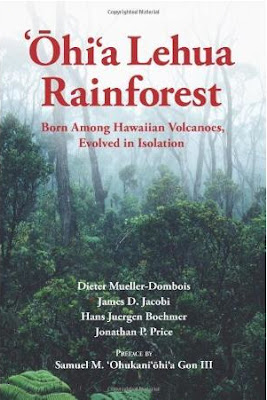 AFTER DARK IN THE PARK HOSTS A PROGRAM about the `ohi`a lehua ecosystem Tuesday at 7 p.m. In the early 1970s, a multidisciplinary team of forest biologists began a study of the intact native ecosystems in and around Hawai`i Volcanoes National Park, in particular the `ohi`a lehua rainforest. Patches of dead `ohi`a stands were reported from the windward slopes of Mauna Loa and Mauna Kea. Aerial photo analyses by a team of federal and state foresters revealed rapidly spreading `ohi`a dieback. A killer disease was suspected to destroy the Hawaiian rain forest in the next 15 to 25 years, yet that never happened.
In his new book, Rainforest: Born Among Hawaiian Volcanoes, Evolved in Isolation: The Story of a Dynamic Ecosystem with Relevance to Forests Worldwide, University of Hawai`i at Manoa professor Dieter Mueller-Dombois explains what really happened and why the `ohi`a lehua rainforest survived intact as witnessed today.
Mueller-Dombois will be available to sign copies of his book.
The program takes place at Kilauea Visitor Center in Hawai`i Volcanoes National Park. $2 donations support park programs, and park entrance fees apply. 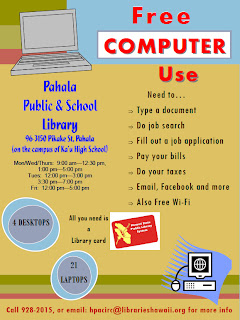 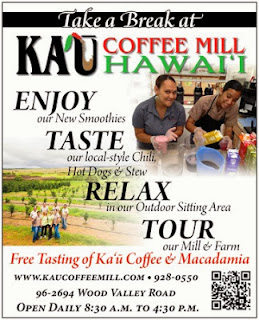 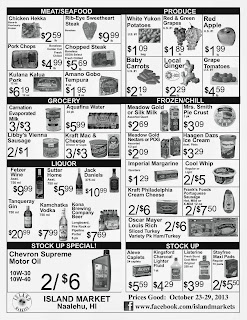 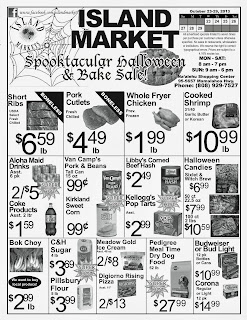 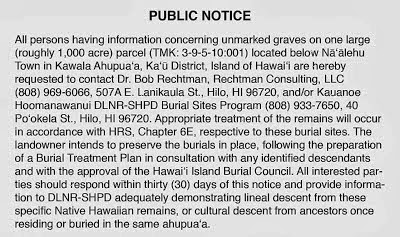 Posted by The Ka`u Calendar at 12:41 PM Links to this post