THE LAST PRE-ELECTION DEBATE between U.S. Rep. Mazie Hirono and former Gov. Linda Lingle drilled into their differing outlooks for the future of Hawai`i. Last night, Hirono summed up the risk of electing Lingle as taking power away from Sen. Daniel Inouye, should Lingle win the critical senate seat that could leave the Senate with a Republican majority and Inouye out of a leadership position. Lingle retorted that she would work with Inouye and that Hawai`i would be less isolated if it had one Republican and one Democrat. The debate, broadcast by Hawai`i News Now on multiple television channels and available for view on the Internet, saw Hirono describing Lingle as “anti-family, anti-working people,” while Lingle claimed that Hirono has “no history of leadership.” The candidates are seeking to take the U.S. Senate seat that will be vacated by Sen. Dan Akaka, who is retiring. See the debate on www.hawaiinewsnow.com. 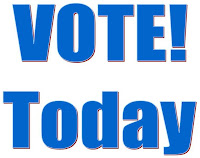 WALK-IN VOTING BEGINS TODAY through Nov. 3 for the election of Hawai`i County Mayor, all Country Council members, county Prosecuting Attorney, President of the United States, one Hawai`i U.S. Senator, U.S. Representatives for each district, all members of the state House of Representatives, state Senators representing Ka`u and Volcano, Office of Hawaiian Affairs Trustees and for approval or disapproval of County Charter Amendments. Walk-in voting is available in Hilo at the Aupuni Center Conference Room, in Kona at West Hawai`i Civic Center’s Community Room, and in Waimea at Waimea Community Center on Kawaihae Road. Registered voters with photo identification can go to any of these absentee voting polling places. Absentee voting was previously held at Pahala Community Center but was eliminated due to budget cuts. The last day to request Absentee Mail Ballots for the General Election is Tuesday, Oct. 30. The General Election will be held from 7 a.m. to 6 p.m. on Tuesday, Nov. 6. Any questions can be directed to Hawai`i County Elections Office at 961-8277. Voter registration deadline was Oct. 8. 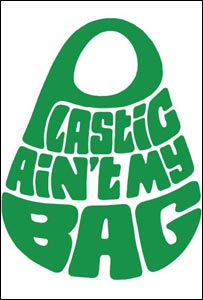 PUBLIC HEARINGS ON PLASTIC BAG BANNING rules have been set by the County of Hawai`i for West Hawai`i Civic Center at 12 p.m. on Dec. 6 and at 1 p.m. in the Aupuni Center in Hilo on Dec. 12. The county has designed regulations to phase out most one-use plastic bags. On Jan. 17, 2013 no free plastic bags will be allowed at checkout counters, though merchants will be allowed to sell them to get rid of old inventory. On Jan. 17, 2014, “business shall not provide plastic checkout bags to their customers,” the ordinance states. However, plastic bags without handles will be allowed for meat and other perishables, and tiny plastic bags will be allowed for small items like beads, buttons, nuts and bolts.
Reusable plastic bags at least three mils thick will be allowed for sale and for stores to give away to carry merchandise.
Once phased out, fines will be levied according to how many violations a commercial enterprise receives. Fines start at $250 per day for second notice, $500 a day for third notice and $1,000 a day thereafter. The draft rules can be read at hawaiizerowaste.org/reuse/plastic-bag-ordinance-and-reuse/#.UIXOfoZ410Q.

SCIENTIST BILL GILMARTIN, credited with helping save the Hawaiian monk seal from extinction, received The Nature Conservancy’s Kako`o `Aina Award last weekend during a reception at Mauna Lani Resort. The award honors individuals who provide significant and long-standing support for conservation. Kako`o `Aina means “one who supports the land.”
TNC’s executive director Suzanne Case said Gilmartin “has dedicated his professional life to protecting Hawai`i’s marine life and environment. His efforts to save the Hawaiian monk seal are an inspiration to us all. He is a true community treasure.”
Gilmartin is director of research and co-founder of the Hawai`i Wildlife Fund. He has more than 30 years of conservation experience in Hawai`i as a biologist and member of National Marine Fisheries Service, the Society for Marine Mammology and the Northwestern Hawaiian Islands Coral Reef Ecosystem Advisory Group. He began studying Hawaiian monk seals in 1978, investigating die-offs on Laysan Island. He worked with the National Marine Fisheries Service from 1980 until his retirement in 1995, initiating and managing the Monk Seal Recovery Team, which pushed for greater measures to aid in survival of seal pups. It launched efforts to relocate newly weaned pups, allowing them to grow and fatten in captivity before returning to the wild. In 1994, he and his team relocated 21 adult males to the main Hawaiian Islands to prevent aggressive “mobbing” behavior during breeding season that sometimes injures or kills females.
In 2006, Gilmartin and scientist Hannah Bernard formed Hawai`i Wildlife Fund. Their desire to support the recovery of critically endangered Hawaiian monk seals—now down to about 1,000 individuals—is what drew the two together, says a statement from The Nature Conservancy.
Under Gilmartin’s direction, Hawai`i Wildlife Fund has conducted research and monitoring on the nesting activities of the endangered hawksbill sea turtle. There are fewer than 100 adult female hawksbills known to nest in all of Hawai`i. Through conservation efforts, public awareness, beachfront lighting reductions, fence repairs, dune restoration, beach cleanups, radio and satellite telemetry, coordination of a Turtle Watch program and other activities, Hawai`i Wildlife Fund is helping to preserve hawksbills and their nesting habitats.
Hawai`i Wildlife Fund leads efforts to remove marine debris along the Ka`u Coast. Through community cleanups that began in 2003, volunteers removed more than 120 tons of marine debris along a nine-mile stretch that is a popular nesting site for the endangered hawksbill turtle and regularly visited by Hawaiian monk seals and humpback whales. Debris includes large bundles of net, many weighing well over 1,000 pounds, which are removed and shipped to Honolulu for use in a trash-to-energy conversion plant. All other trash, including more than 2,000 bags of small plastic items collected to date, are sent to the county landfill for burial.
“Bill’s many accomplishments speak for themselves,” said Case. “We are pleased to present such a deserving individual with our Kako`o `Aina, or Supporter of the Land, award and hope that it will hold a special place in his heart.”
Dr. Sam `Ohu Gon, the Conservancy’s senior scientist and cultural advisor, presented Gilmartin with a kako`o, or staff carved from milo wood. “In Hawaiian, one who provides unfailing support is called kako`o, which is derived from the word, ko`o—a brace or supporting structure that denotes strength,” he said.

BRANDY SHIBUYA will hand over her crown as Miss Aloha Hawai`i in the Nov. 4 Miss Kona Coffee and Miss Aloha Hawai`i pageants in Kona. Shibuya was crowned Miss Ka`u Coffee for 2011 and Miss Aloha Hawai`i for 2012. The pageant for the 2013 titles will be held on Saturday, Nov. 3 at 6:30 p .m. at Sheraton Kona Resort & Spa at Keauhou Bay in the Kaleiopapa Ballroom. Since her win last year, Shibuya has represented the coffee industry at numerous events, including the Specialty Coffee Association of America’s convention in Portland, Oregon, where Ka`u Coffee took three of the top ten spots in the world. According to Miss Kona Coffee pageant organizers, all contestants in this year’s pageants are from the west side of the island.

LIGHTER THAN AIR is the name of a Trash Art Show entry, a hanging lamp created by Volcano resident Noni Stanford from hundreds of cigarette lighters she found scouring the Ka Lae to Wai`ohinu coastline for marine debris. The work is on display at the 24th annual Trash Art Show in Hilo through tomorrow from 10 a.m. to 3:30 p.m. Another marine debris sculpture by Lois Fonseca is comprised of a broken pink plastic fishing float that looks like a cracked plastic planet. The show is open to the public, and art is available for sale. The location is East Hawai`i Cultural Center, 141 Kalakaua Street in Hilo.

RESTORATION OF THE RARELY VISITED Mauna Kea Forest that harbors the critically endangered palila is the topic at tonight’s After Dark in the Park. Jackson Bauer, Restoration Project volunteer coordinator, discusses the Hawaiian finch, whose habitats have been severely degraded by over 200 years of damage by grazing animals. The program begins at 7 p.m. at Kilauea Visitor Center Auditorium in Hawai`i Volcanoes National Park. $2 donations support park programs, and park entrance fees apply.

HAWAI`I VOLCANOES NATIONAL PARK commemorates the 25th anniversary of its World Heritage Site status and the 40th anniversary of the international World Heritage Convention with two events this week.
A special World Heritage After Dark in the Park presentation takes place tomorrow at 7 p.m. in Kilauea Visitor Center Auditorium. National Geographic Traveler editor Jonathan Tourtellot gives an overview of World Heritage Sites, how World Heritage grows jobs, four common myths about World Heritage and America’s position in the global quest for World Heritage sites. This event is free, and park entrance fees apply.
World Heritage Anniversary Roundtable is Thursday. Hawai`i Volcanoes National Park, Big Island Visitors Bureau and the Fairmont Orchid invite the public to a destination roundtable from 1 p.m. to 4 p.m. with Tourtellot, park staff and travel industry leaders. Discussion focuses on why having a World Heritage Site is important, what it means to organizations, and how to leverage this status in outreach efforts. Admission and parking is free. RSVP online at eventbrite.com, or contact Jessica Ferracane at 985-6018 or jessica_ferracane@nps.gov.

ALSO SEE KAUCALENDAR.COM AND FACEBOOK.COM/KAUCALENDAR.
Posted by The Ka`u Calendar at 10:39 AM