HAWAI`I HOUSE OF REPRESENTATIVES has passed HB 865, which would create Hawai`i Community Development Authority and establish a framework for redevelopment of public school lands. The bill was introduced by Rep. Joseph Souki, Speaker of the House. According to the bill, its purpose is to grant the responsibility to facilitate the redevelopment of public school lands in order to generate income to improve public school facilities and infrastructure to meet the challenges of the twenty-first century.
“The Legislature recognizes that because public funds to meet school facilities needs are severely limited, a new, innovative approach is needed to complement traditional general fund appropriations to bring Hawai`i’s public schools into the twenty-first century,” the bill states. “The public school lands of the state’s two hundred fifty-four school campuses, some of which are considered underutilized, are an untapped resource. Public private partnerships to use these lands differently would provide opportunities for the state to use available lands to enable 21st century facilities. Leasing the underutilized lands can generate income to upgrade existing schools or construct new schools to 21st century standards and opportunities. By engaging in public-private partnerships, refocusing uses of these properties will support community-driven redevelopment and help communities make better use of land while increasing educational and economic opportunities for the benefit of Hawai`i’s public school children. Any use of public lands must be compatible with and provide benefits to the surrounding community. Teachers, administrators, students, parents, community residents and other stakeholders must play a meaningful role in the planning, design and partnership between the school and surrounding community.”
The bill now goes to the Senate. 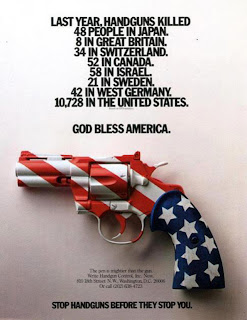 A public hearing is scheduled for Wednesday at 9:45 a.m. on SB 69, which relates to firearms. The bill would require county police departments to fingerprint, photograph, and perform background checks on individuals who wish to register a firearm that was procured out-of-state. It would authorize police departments to assess a fee for conducting a fingerprint check and specifies the amount of the fee. It also appropriates funds to the county police departments to develop gun safety programs, including offering gun safety education and training, performing extensive background checks for mental health concerns for certain individuals wishing to register guns and initiating a gun buy-back program.
SB 98 would reduce the tax liability for low-income people by creating a tax credit that will reduce a person’s income tax to zero when federal adjusted gross income falls below federal poverty guidelines. It would reduce a person’s income tax liability by 50 percent when federal adjusted gross income falls between 100 and 125 percent of federal poverty guidelines.
SB 481 would establish the Instructional Office of Hawaiian Studies for the purpose of providing instruction to public school students on Hawaiian history, culture, arts, and language.
SB 610 would direct the state Department of Education to name the next completed public high school the “Daniel Ken Inouye High School.”
SB 616 would prohibit smoking at public bus stops, parks, beaches and in vehicles when a minor is present in the vehicle.
SB 343 would require the state director of Health to participate in the national oral health surveillance system. It would permit dental hygienists to apply preventative sealants in a school-based dental sealant program. It would require the state Department of Health to establish and administer a school-based dental sealant program in a high-need demonstration school and report to the Legislature about the department’s efforts to prioritize prevention of tooth decay. It would appropriate funds to establish and administer a school-based dental sealant program in a high-need demonstration school, including plans to implement the program on a statewide level.
SB 59 would increase the monthly board rate distributed by the department of human services for foster care services for children.
SB 640 would prohibit manufacture, sale, or distribution of child-care products and toys for young children that contain bisphenol-A or phthalates beginning Jan. 1, 2014. It would require manufacturers to choose safe alternatives. It would prohibit use of packages and packaging containing lead, cadmium, mercury, and hexavalent chromium beginning Jan. 1, 2014. It would prohibit Hawai`i Health Systems Corp. from purchasing and using vinyl intravenous solution bags and vinyl tubing beginning Jan. 1, 2014.
SB 643 would mandate that all public school teachers receive cardiopulmonary resuscitation training and certification.
SB 1238 would establish the maternal mortality review committee to conduct comprehensive reviews of maternal deaths in Hawai`i, which would include collecting, analyzing, and disseminating maternal mortality information. It would require the committee to hold meetings and submit an annual report with findings and recommendations to the Legislature.
The status of these and other bills is available at capitol.hawaii.gov.

THE STATE HIGHWAYS DIVISION has announced that Hwy 11 in the vicinity of Na`alehu will have alternating lane closures in both directions between South Point Road and Punalu`u Road tomorrow through Friday from 8:30 a.m. to 3 p.m. for water line tie-ins and sidewalk work.

FIRST PLACE IN KA`U GOLF GROUP’S sixth annual tournament on Friday went to a team from Na`alehu made up by Hunter Larson, Greg Larson, Steve Lent and Shawn Anderson. Second place went to Charles White, Lisa White, Brian Bence and Charmine Bence from Waiakea, with third place going to George Harai, Jean Okayama, Rodney Maeda and Craig Aoki from Kona.
Play started with a sunny day at Volcano Golf & Country Club. One hour into the game the rain started, and ten teams stopped playing. The other 11 teams continued on “because they wanted to prove they had the spirit of golf in them,” said organizer Ron Young. After lunch, door prizes were given out, followed by an auction of items donated by island merchants. All proceeds go to Ka`u Hospital, which uses matching federal dollars to purchase emergency room equipment. Young sends a big mahalo to everyone who participated, with a special thank you to Beverly Velazquez, who for the last two years baked pastries and pies for morning check-ins and lunches.
Another fundraiser for the hospital takes place Saturday, when Red Hat Ladies of Ka`u and Ka Lae Quilters host their seventh annual Spaghetti Dinner at 4 p.m. at Na`alehu Community Center. Call Barbara Beatty at 929-9072 for more information.

KILAUEA DRAMA & ENTERTAINMENT NETWORK presents A Walk into the Past tomorrow in Hawai`i Volcanoes National Park. The living history program features Ka`u resident Dick Hershberger bringing back to life Dr. Thomas A. Jaggar, founder of Hawaiian Volcano Observatory and a prominent figure in the history of the study of volcanoes. Free performances are held every other Tuesday at 10 a.m., 12 p.m. and 2 p.m. Meet at Kilauea Visitor Center. Park entrance fees apply.

ALSO SEE KAUCALENDAR.COM AND FACEBOOK.COM/KAUCALENDAR.
Posted by The Ka`u Calendar at 1:02 PM