BIOBLITZ AND BIODIVERSITY & CULTURAL FESTIVAL are in full swing as Hawai`i Volcanoes National Park welcomes hundreds of scientists, citizen scientists, Hawaiian cultural practitioners, 850 Hawai`i school students and the public. The Friday and Saturday events are sponsored in part by National Geographic, which  is covering BioBlitz in detail on its blog BioBlitz 2015: Where Hawaiian Culture Meets Science.
‘Olapa (dancers) of Hālau Hula Ulumamo o Hilo Palikū opened BioBlitz this morning. To celebrate biodiversity, the hula sisters made their hula skirts, or pā‘ū, from native wauke (paper mulberry) tree bark, which they pounded into kapa cloth, and dyed a brilliant orange-red using introduced achiote seeds – giving the pā‘ū the same color as the glowing lava lake within Halema‘uma‘u – the home of Pelehonuamea. It took one year to make these pā‘ū. The skirt is adorned with native tī leaf, and the ‘ohe kapala (bamboo stamp) design depicts lightning (the roundish shape) and Pele’s movement (the flowing line).
Last night, park superintendent Cindy Orlando addressed a welcome dinner for scientists and BioBlitz leaders saying: “I mahalo all that you do to protect our parks and protected areas around the globe and all that you do to connect with and create the next generation of park stewards.” In addition to students, citizen scientists and scientists, representatives from South Korea, China and the island of Reunion, a department of France in the Indian Ocean are participating in BioBlitz. All have sister park relationships with Volcano.
National Geographic blog editor David Maxwell Braun reported on an address given last night by Michael Stebbins, assistant director for biotechnology in the science division of the White House Office of Science Policy. Stebbins "told the dinner audience that the Obama Administration was committed to exploring the expansion of citizen science to better understand how the federal government could involve non-trained people in doing science." Braun quoted Stebbins saying, “One of the first examples that came up when we started to look at how the U.S. federal government is engaging in citizen science was the BioBlitz. One of the things that would be an extraordinary step forward would be to really expand the BioBlitz to a lot of other areas.…we are searching for ideas for how to expand citizen science and really engage folks.”
Braun also reported on comments from Elaine Leslie, chief of biological resources for the National Park Service. Leslie told the group, "Your efforts this weekend will aid the parks in planning, preserving and conserving natural resources connected to our cultural resources.”
The National Geographic blog carried comments from John Francis, National Geographic’s vice president of Research, Conservation and Exploration: “BioBlitz has to do with connecting scientists to people, people to the parks, and most importantly, connecting everyone to nature." The blog talks about his reference to Polynesian stewardship.  "Francis said the islands had a community deeply wedded to the land, to the Earth, to nature. 'There was song and dance, and a celebration every day of our connection to this delicate fabric of nature around the planet. In the process of coming closer to this BioBlitz at Hawai’i Volcanoes National Park we realized that there is a model here that the world has to see, and that is about people every day doing this celebration, doing this dance. I came to thinking about this Polynesian way, not 'Blitzing' but 'being' -  an interesting concept we need to take and spread about the planet.”
A core program for BioBlitz is the activity of volunteers counting as many species as possible in a 24 hour period within the 333,086 acres that make up Hawai`i Volcanoes National Park. New registrations are welcome to sign up at
http://www.nationalgeographic.com/explorers/projects/bioblitz/volcanoes-hawaii-2015/.
Entrance fees are waived during the BioBlitz and Cultural Festival, today and tomorrow.
The 35th Annual Cultural Festival at the park today and tomorrow, was moved from its traditional date in July to become a part of the BioBlitz celebration.

TILTMETERS AT KILAUEA’S SUMMIT continue to record tilt in a different direction than is usually associated with summit inflation and deflation, and seismicity rates in the southern part of the summit area remain elevated, Hawaiian Volcano Observatory scientists reported this morning. The new tilt direction and elevated seismicity are suggestive of magma accumulation in an area just south of the summit caldera. The summit lava lake level continues to lower and is currently at 100-115 feet below the original crater floor. With a high rate of seismic activity south of Kilauea caldera, backcountry trails in the area are closed at night.
To comment on or like this story, go to facebook.com/kaucalendar.


U.S. REP. TULSI GABBARD TODAY included a bipartisan amendment into the National Defense Authorization Act of 2016 to reverse a decision by the Pentagon that broke the promise of accessible and affordable health care benefits to many veterans. The amendment provides military retirees living outside of 100 miles from a military treatment facility the option to re-enroll in TRICARE Prime after they had lost access due to a 2013 policy change by Department of Defense.
“All our veterans, no matter where they live, deserve to receive the benefits they have earned,” said Gabbard. “I appreciate working with Congressman John Kline in passing this amendment to the Defense bill, which will finally restore access to affordable healthcare for all military retirees who lost eligibility for TRICARE Prime through no fault of their own. The Department of Defense’s 2013 policy change that limited the TRICARE Prime service areas had a disproportionate negative impact on our neighbor island residents, who already face unique challenges to accessing healthcare because of our island state. This amendment will allow them an opportunity to reenroll and receive their benefits.”
The amendment passed unanimously by a voice vote and is included in the House version of NDAA.
Across the country, more than 170,000 veterans who live outside 100 miles of a military treatment facility lost access to TRICARE Prime at the end of 2013 due to a DOD policy change. This policy impacted over 1,000 people in Hawai`i and left many retirees struggling to cover the increased costs due to their fixed incomes. The amendment would provide a one-time election for all affected retirees to have access to TRICARE Prime.
The Fiscal Year 2016 National Defense Authorization Act serves as the budgetary blueprint for the Pentagon and is being considered by the U.S. House of Representatives this week.
To comment on or like this story, go to facebook.com/kaucalendar.

SUSTAINABLE AGRICULTURE INTERNSHIP PROGRAM, in which the `aina is the classroom, still has spaces available this summer for high school students. The program is open to any Hawai`i Island high school students or recent graduates who’d like to spend a couple of weeks learning how to grow their own food, taking field trips to local farms and ranches, experiencing traditional Hawaiian land management systems and getting paid for it.
Over the course of our two-week program, interns will: Visit and work on local, sustainable, and organic farms; harvest and make their own `ono grinds; take home plants to start their own gardens; tour an ahupua`a from mauka to makai; take field trips to wahi pana (sacred places) like Waipi`o Valley; explore careers in sustainable agriculture; meet students from other schools; and earn a $250 stipend for successfully completing the program.
Interns can choose from two sessions: June 8-19 and July 13-24. Internships run weekdays from 8 a.m. to 5 p.m. with each day starting and ending at the Demonstration Farm in Honoka`a. Deadlines to apply are today for June session and June 15 for July session.
The Sustainable Agriculture Internship Program is co-sponsored by The Kohala Center and Kamehameha Schools’ `Aina Ulu Program. For more information, se koha.la/farminterns or contact Derrick Kiyabu at 808-220-2312 or dkiyabu@kohalacenter.org.
To comment on or like this story, go to facebook.com/kaucalendar.

BIG ISLAND MEDICAL RESERVE CORPS is seeking Ka`u recruits. Natural disasters, disease pandemics, large-scale accidents, bioterrorism events or a major public health emergency may overwhelm local hospitals and healthcare professionals. Government agencies that would lead a disaster response and recovery may ask citizens to help with relief efforts.
The mission of MRC is to establish a local team of medical and non-medical volunteers who can contribute their skills and expertise in these circumstances. Many MRC members are working or retired healthcare professionals. However, a medical background is not necessary to join. The organization is looking for individuals who want to serve their community in emerging disasters, public health emergencies and preparedness activities.
Volunteers are asked to attend periodic meetings, participate in disaster preparedness exercises and assist with non-emergency community health activities. MRC volunteers will have access to a wide range of valuable disaster related trainings for free.
There are two upcoming orientation meetings for existing and prospective volunteers: Hilo MRC 101,  May 30,  9 a.m. – 11 a.m. and Kona MRC 101,  June 6,  10 a.m. – 12 p.m.
RSVP to Jason Dela Cruz, MRC coordinator, at 808-974-6010 or via email atjason.delacruz@doh.hawaii.gov for more details.
To comment on or like this story, go to facebook.com/kaucalendar.

VOLCANO ART CENTER GALLERY will be displaying the fine art photographs of G. Brad Lewis in the Quest For Liquid Light: Going with the flow in Hawai`i Volcanoes National Park. This exhibition showcases the ongoing explorations of Hawai`i Volcanoes National Park by Hawai`i’s leading volcano and nature photographer.
G. Brad Lewis is internationally recognized and his photographs have appeared on the covers of a number of magazines, including Life, Natural History, Photographer's Forum, and Geo, and within the pages of Time, Outside, Fortune, Newsweek, Stern, National Geographic, and many other publications. Additionally, Lewis’ photographs have received numerous awards and been widely exhibited. Interviews and features with Lewis have been broadcast on NBC’s Today Show, CBS Evening News and Disney and Discovery Channels. Print interviews and photo essays of his work have been featured in many magazines, including Photo District News, DigitalFoto, Studio Photography & Design and Outdoor Photographer. His photographs are found in numerous private, corporate, and public collections around the world, as well as in fine galleries and through major stock agencies.
Lewis has been capturing the eruption of Kilauea since it began in 1983. The goal of his photography is to “connect the viewer to a deep understanding and appreciation of the natural world. Nowhere else is creation happening so dramatically.” Inspired by beauty and variety, Lewis is based out of Hawai`i, Utah and Alaska, traveling several months each year to pursue his art.
A reprint of Lewis’ Volcano - Creation in Motion is due out in early July. The book, which already offered a sublime glimpse into the heart of creation, includes a new format, cover and updated images of Halema`uma`u and recent flows near Pahoa. A book-signing event will be scheduled as the publication becomes available. See volcanoartcenter.org for information.
The Quest For Liquid Light: Going with the flow in Hawai`i Volcanoes National Park will be on display June 6 through July 12 from 9 a.m. to 5 p.m. daily at VAC Gallery in Hawai`i Volcanoes National Park. The exhibition is free to the public though park entrance fees apply. A gallery reception will be held on Saturday, June 6 from 5 p.m. to 7 p.m.
For more information, see www.volcanoartcenter.org or contact VAC Gallery Manager Emily C. Weiss at 808-967-7565 or gallery@volcanoartcenter.org.
To comment on or like this story, go to facebook.com/kaucalendar. 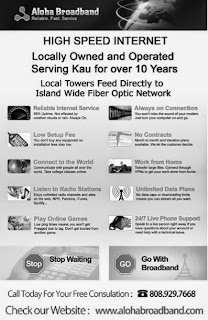 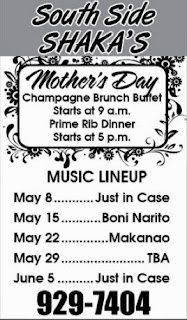 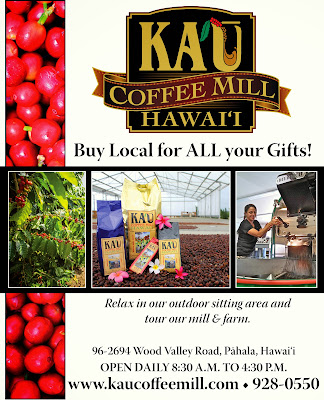