A HULA KAHIKO PERFORMANCE takes place on Saturday at 10:30 a.m. on the hula platform overlooking Kilauea Crater in Hawai`i Volcanoes National Park. It features Hula Halau o Kou Lima Nani E under the direction of kumu hula Iwalani Kalima.
RELL WOODWARD, president of Ocean View Community Development Corp. and former president of the Ka`u Chamber of Commerce, is appealing to Ka`u residents to speak out in the public reapportionment hearings scheduled for next month. In an e-mail sent out to local business owners, community leaders, and other residents yesterday, Woodward expressed his concern for the proposed reapportionment plan that would divide Ka`u into two state House districts.

Longtime Rep. for Ka`u, Bob Herkes, would have to campaign to represent a district that would run from Punalu`u to Pahala, Volcano, and subdivisions in Puna. Another candidate would run for a district that would represent Na`alehu, Discovery Harbour, Green Sands, Kalae, Ocean View and Miloli`i, which would be thrown in with people living in Kona all the way to Kahalu`u.
Woodward said this could lead to representatives with little knowledge of Ka`u and more interest in Kona and Puna. Pointing to Herkes’ longtime representation of Ka`u, Woodward said, “Personally, I feel that an experienced and knowledgeable legislator is a tremendous asset. Certainly projects like the Ocean View well would not have happened otherwise.”
Public hearings will be on Sept. 13 at 5 p.m. in the Hilo Council chamber and Sept. 14 at 5 p.m. in the Kona Council chamber.

HERE IS MORE TESTIMONY ON THE `Aina Koa Pono proposal to build a refinery and biofuel farm between Pahala and Wood Valley and Na`alehu. The testimony is posted on the website of the Public Utilities commission which recently held hearings in Kona, Hilo and Honolulu on the matter. No hearings have been held in Ka`u. The last public meeting in Ka`u regarding the proposed refinery was held in February.

LIFE OF THE LAND executive director Henry Curtis asks the PUC to require data from the electric company and `Aina Koa Pono pertaining to projected profits from selling the by-product of refining oil at a refinery planned for lands between Pahala and Wood Valley. He wrote that projected by-product income is needed since the electric company is asking to hike electrical rates to pay for the biofuel project. He said profits from the by-product char that `Aina Koa Pono says it can sell should be considered before assessing a rate hike on electric customers. Curtis pointed to `Aina Koa Pono’s proposal which says it will sell 140,000 tons of biochar each year to agricultural and conservation interests. “Will HELCO subsidies for electricity allow AKP to reap unreasonably large profits from biochar sales?” asks Life of the Land.
VICE PRESIDENT AND CHIEF TECHNOLOGY OFFICER Douglas Van Thorre, of TekGar, a pioneering company in microwave polymerization technology, addressed concerns over the effects microwave radiation. “In our application,” he says, “the microwaves are contained in a microwave-proof housing called a Faraday cage. It is a metal cage that doesn’t allow the microwaves to pass through to the surrounding environment.” Van Thorre says the microwaves used in the process are similar to those used in homes in that the frequency of the microwaves is the same and that both use Faraday cages. “Constant monitoring of the plant is a routine measure when the plant is processing.” The commander works with the Fleet Energy Office of the U.S. Pacific Fleet.
COMMANDER MATTHEW COHEN, of the U.S. Pacific Fleet’s Energy Management Office, suggested alternatives to biofuel in order to reduce energy costs. He wrote to the PUC, “Before you spend any more taxpayer money on energy projects, strong consideration should be given to ‘incentivizing’ shopkeepers on Kalakaua to shut their doors when the AC is running.”
He also suggested that all Hawai`i photovoltaic projects be fitted with controls that raise AV thermostat settings and disable compressor circuits as solar array output drops due to clouds or haze.” He also suggested that all new buildings have white roofs and reflective coating to reduce heat absorbed by the building.
Cohen further suggested that all new buildings that include AC be required to install a pre-heater for hot water that utilizes rejected condenser heat.
Other suggestions from the Navy Commander: “Stop selling any incandescent lamps,” and “T12 fluorescent lamps in stores.... Establish a website that provides HSS feeds of incoming solar radiation so PV system owners can install system performance monitoring equip without the cost element of a pyranometer. Performance monitoring will detect and report system faults and trigger required repairs.”
He finished his testimony by recommending periodic inspections and verifications of hot water solar thermal systems. 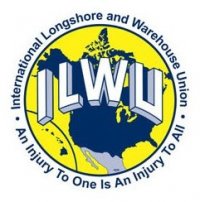 PRESIDENT OF ILWU LOCAL 142 Isaac Fiesta, Jr. reiterated the union’s strong support for the biofuel supply contract for `Aina Koa Pono and the biofuel surcharge. Both, he says, will ultimately benefit the local economy. “Approval of the Biodiesel Supply Contract,” he said, “will mean the company can secure investors and financing to construct a biorefinery in Wood Valley and hire workers from the Ka`u area to cultivate, harvest, and process the feedstock crops needed to produce biodiesel.” This, Fiesta claims, will spill over to other industries such as stores, restaurants and medical facilities.
Apart from economic benefits, Fiesta says that biofuel production will help the state reach its target of generating 40 percent of energy needs by 2020. “The surcharge,” he says, “is an investment in our energy future. Paying a little now will help to ensure more secure and affordable electricity for our children and grandchildren.”
ALEXANDER CAUSEY, an engineer for `Aina Koa Pono, submitted testimony to the PUC concerning the proposed contract between AKP and the electric company. Causey claims that, of all the technologies he reviewed for viability for `Aina Koa Pono, “there was no other [technology] that compared even closely with the microwave depolymerization technology with respect to production per acre and capital costs and pure potential because of its multiple product outputs – the process works and will generate ASTM Specification fuel.”
THE RARE FLOWERING OF A CORPSE PLANT will be available to see and smell for any Ka`u residents driving to and from Hilo. It is on display for the next few days – as long as the bloom lasts - at the Pana`ewa Rainforest Zoo and Gardens just off Hwy 11. The Corpse plant, nicknamed “Stinky 1,” and also referred to as titum arum, produces an odor similar to rotting meat when in full bloom to attract carrion beetles and flesh flies that pollinate it. The zoo is open daily from 9 a.m. to 4 p.m.
MEMBERS OF THE KA`U COMMUNITY DEVELOPMENT PLAN steering committee will host an informational table at the Ocean View swap meet this Saturday. The swap meet is held at Pohue Plaza from 7 a.m. to noon.

Posted by The Ka`u Calendar at 9:43 AM Links to this post