KA`U FARMERS AND BACKYARD COFFEE GROWERS are able to receive benefits of federal and state grant assistance to help hold back the coffee berry borer pest that threatens to devastate Ka`u Coffee the way it severely damaged Kona Coffee. Pepe Miranda, who runs the program operated by Synergistic Hawai`i Agricultural Council, said that a person with even one coffee tree can qualify for help in identifying and quantifying the pests as well as application of a fungus that kills the coffee berry borer.
Miranda said the goal is to exterminate the coffee berry borer on all lands in Ka`u, even abandoned coffee farms, which could become breeding grounds for the tiny beetles that could infest the working farms.

Miranda has trained and provided assistance since December. He said the help includes providing the Beauveria bassiana fungus in the form of Botanigard, as well as Wide Spread, a soapy chemical that helps spread the fungus on the coffee tree. The amount of Botanigard distributed to farmers is one quart per 800 trees or a fraction of that amount. Coffee tree owners are encouraged to adopt an Integrated pest Management Program that involves counting any affected coffee cherries and keeping good records that can be used to analyze progress in fighting the borers.
On July 4, Miranda came to Ka`u to work with the Ka`u Coffee Growers and Palehua Cooperatives at Pear Tree and Moa`ula coffee farms. He said that income of each grower is not involved in qualifying for the Botaniguard. Coffee tree owners do not have to be members of a cooperative to qualify. Miranda said the goal of the grant is education, mitigation, prevention and compiling a database.
To sign up, call Rod Yonemura, of Synergistic Hawai`i Agriculture Council, at 345-4217 or Miranda at 443-7100.
Gov. Neil Abercrombie signed a bill in late June to provide $250,000 a year over two years to the state Department of Agriculture for research and another $300,000 to control and mitigate the coffee berry borer.

STATE SEN. DAVID IGE HAS ANNOUNCED his candidacy for governor of Hawai`i, according to a report on KITV this morning. He is challenging fellow Democratic Gov. Neil Abercrombie.
“The citizens of Hawai`i continue to face serious issues,” Ige said. “We need to strengthen and diversify our economy, improve education, and re-engineer government to better serve the people. It is time for real and enduring solutions to ensure that we are taking the right steps to create opportunities for our children and future generations, but government cannot do this alone. It takes people who are committed and engaged, and a leader who listens and works together to find solutions. Throughout my career in the Legislature, I worked in this way, bringing people together to identify common goals, find solutions, and build trust in our government. As governor of the state of Hawai`i, I will work with our communities in that same way to move our state forward.”

LIFE OF THE LAND HAS SUBMITTED QUESTIONS regarding Hawaiian Electric Co.’s testimony on the proposed contract to purchase biofuel from `Aina Koa Pono. AKP plans to use feedstock from Ka`u to refine biofuel at a facility above Pahala.

Life of the Land questions HECO about the proposal for O`ahu electric rates to go up to pay for the biofuel produced and used on Hawai`i Island.
“HECO has asked the Commission for a Waiver from Competitive Bidding to negotiate five wind and solar contracts for on-island renewable energy projects,” Life of the Land states. “Under Protective Order, please identify the projects and their parameters.
“Please provide detailed cost analysis of these five projects in comparison with the costs proposed for the `Aina Koa Pono proposal.
“Is there sufficient renewable energy resources on O`ahu so that HECO can meet its renewable energy requirements on its own?
“Please provide all documentation, analysis, etc., on why HECO ratepayers should pay a premium for the `Aina Koa Pono proposal when they can save money on the five waiver projects.
“If the cheapest renewable energy resources are on O`ahu, wouldn’t it make sense to only install new renewable energy projects on O`ahu and to allow all islands to share in those reduced prices?
“A HECO employee was quoted in Civil Beat as saying that the five waiver projects should put downward pressure on other renewable energy developers. Does this include any current proposals before the PUC?” 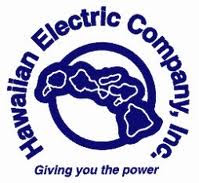 Regarding possible Environmental Assessments or Environmental Impact Statements, Life of the Land says, “As you know, the chair of the Commission, in a previous life re: Superferry, noted that any EIS had to precede all permit approval, and that obviously includes the Commission. Are you stating that if the State Department of Transportation determines there is a need for an EIS, then the preparation of the EIS should occur after a Commission ruling on the reasonableness of the Project?”
Regarding HECO’s statement that assessment of possible positive or negative impacts of the AKP project “is more appropriately addressed in the Project permitting process or in an EIS or EA process if so required, Life of the Land asks, “When did the company change its position from analyzing externalities in an IRP docket prior to an Application to waiting until the permitting process after the Application has been approved by the Commission?”
See more in upcoming Ka`u News Briefs.
This and other testimony is available at puc.hawaii.gov. Docket number is 2012-0185.

APPLICATIONS ARE BEING ACCEPTED for free or reduced-price school meals during the upcoming school year.
An online application is available at ezmealapp.com.
DOE is also sending application forms to all parents and guardians, who can fill them out and return them to schools where their children are enrolled.
The Department of Education has revised income eligibility levels for the program.
School begins Monday, Aug. 5.

Agenda is available at hawaiicounty.gov.

A STAFF MEMBER FROM U.S. Rep. Tulsi Gabbard’s office meets with constituents and assists with casework and other issues tomorrow from 10:30 a.m. to 4:30 p.m. at Pahala Public & School Library. The Tulsi in Your Town program takes place in Pahala on the second Wednesday of each month. Call 987-5698 for more information.

THE DOCUMENTARY FILM SECRETS OF THE DINOSAUR MUMMY screens tomorrow at noon at Na`alehu Public Library. After the film, Joe Iacuzzo discusses his latest book, Last Day of the Dinosaur Mummy, at 1 p.m. For more information, call 939-2442.

ALSO SEE KAUCALENDAR.COM AND FACEBOOK.COM/KAUCALENDAR.
Posted by The Ka`u Calendar at 11:37 AM Links to this post