THE NEW KA`U GYM AND COMMUNITY SHELTER will be built. Gov. Neil Abercrombie released most of the money – more than $17 million - to the county this week. Council member Brittany Smart said last night that she was pleased to learn yesterday that the governor not only released funds for planning but also money for construction. She congratulated former County Council member Guy Enriques for initiating the project and continuing to support it. Sen. Gill Kahele said he visited with the governor’s office earlier this week to help with the release of funding for Ka`u projects. The county is expected to take design and build bids for the shelter gym soon. The shelter gym is expected to be the largest building constructed in Pahala since the old sugar mill was built, and will be the biggest building in the historic town. The proposed location is on the Ka`u School campus, on open land near the tennis courts. The school campus is listed on the National Register of Historic Places.

During inauguration ceremonies at Pahala Plantation House last December the governor promised that Ka`u would thrive and that the dreams of the community would come true. One of Smart's first consversations as a new council member,  with the governor, concerned money for the gym and shelter. The governor said he would work on getting the entire funding if the county could build it quickly, she said. Kahele followed up to help release the money.

BUILDING PERMIT PRICES for new homes and other buildings on vacant lots would rise dramatically, if an ordinance designed to help pay for county services passes the full County Council. The council’s Planning Committee voted six to three this week to institute new impact fees that would be levied with building permits.
The cost would depend on the size of the building. It would range from $4,471 for a small home to $7,026 for a home 3,500 square feet or larger. The measure could lead to restoration of existing buildings or tearing down and rebuilding, as no impact fee would be charged for renovating or replacing a home or business with new construction.
Some critics noted that people saving up to build on vacant lots have already paid property taxes year after year and should be spared additional barriers to constructing a new house, business or community building on empty land.
According to Stephens Media reporter Jason Armstrong, Ka'u Councilwoman Brittany Smart “said while the bill will increase building costs and pose a hardship for some, it's a necessary tool to bring needed services and infrastructure to deserving communities like hers.”
The money is slated to pay for additional county services and infrastructure required when a community grows. At least 80 percent of revenues from the impact fees would be used in the community where impact fees would be collected. The remaining 20 percent could be spent in the area or adjacent “benefit zone.” For Ka`u, the benefit zone is the entire district. The impact fee bill now goes to the full council. 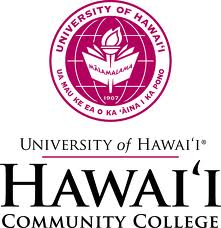 COLLEGE ENROLLMENT in the University of Hawai`i system has reached its highest level. According to the system’s website, U.H. Hilo enrollment increased by 65 students, 1.6 percent. Hawai`i Community College based in Hilo was the only community college to see a gain, 83 students, or 2.2 percent. U.H. West O`ahu saw the largest increase by far, 13.7 percent. In all, the system gained 288 students. Many people have decided to go back to school during a time of job scarcity.

THE BIG ISLAND WAS SAFE from any tsunami threat from the strong earthquake that struck Canada yesterday. A 6.4 magnitude earthquake shook southwest British Columbia 9:41 a.m. Hawai`i time, but produced no tsunami. The last tsunami to affect the Ka`u coast occurred on March 11 of this year after an earthquake in Japan. The tsunami ravaged eastern Japan and washed away houses in South Kona.

MAYOR BILLY KENOI is supporting efforts to protect babies from Fetal Alcohol Syndrome. During a presentation Friday at West Hawai`i Civic Center, he called for more counseling of pregnant women: “If we can get to our mothers before the last trimester, we can prevent fetal alcohol syndrome,” said the mayor. He was speaking during International Fetal Alcohol Syndrome Awareness Day, a worldwide movement to raise awareness about the largest known, entirely preventable, cause of mental retardation and developmental disabilities. Fetal Alcohol Syndrome Awareness Day was recognized with bell-ringing and flags representing the work being done on this island . Healthcare providers and social workers screen pregnant women to identify alcohol use during pregnancy. A positive screen is a mother who admits to using substances during their pregnancy.

“These screens allow the provider the opportunity to offer these women a brief intervention, or short education about the risks associated with their behavior. We count it as a success if we even help one woman and change the outcome for her baby,” said Sharon Bechler, Children’s Research Triangle’s Hawai`i State Director.


THE FIRST TROJAN FOOTBALL home game this season is today, Sept. 10, against Hawai`i Preparatory Academy at the Ka`u High School field. Game time is 6 p.m. Ka`u plasy volleyball in Kohala today as well.
Posted by The Ka`u Calendar at 2:01 PM