FEDERAL JUDGES HEARD arguments in a redistricting suit yesterday that could once again change the boundaries of voting districts and delay the Aug. 11 primary election. The suit has held up campaigning, said Rep. Bob Herkes. “I have to wait to see what I am running for.” Herkes, who represents South Kona, Ka`u and Volcano toward Hilo in the state House of Representatives, decided he would run for the new Senate seat. It was created by the recent redistricting following the 2010 census that showed an increase in population on the Big Island. The redistricting took away a Senate seat on O`ahu and gave it to the Big Island. Other candidates have also signed up to run for the new Senate seat are Steven Hirakami, Wendell Ka`ehu`ae`a, Russell Ruderman and Gary Safarik.
In yesterday’s arguments before U.S. District Judges Leslie Kobayashi and J. Michael Seabright and 9th Circuit Court Judge M. Margaret McKeown, of San Diego, attorneys for the state Office of Elections and Reapportionment Commission said any additional changes in voting district maps could throw elections into chaos and create more voter apathy.
One issue is that candidates must live in the district that they want to represent. For example, Ka`u Sen. Gil Kahele, with homes in Miloli`i and Hilo, cannot run for re-election in Ka`u because new Senate boundaries have his house in Miloli`i in a new district sought by Senate incumbent Josh Green. The other Senate district that will include Ka`u does not include Kahele’s Hilo seat. As a result, Kahele decided to run for the Hilo senate seat instead of moving his residence. If the maps are changed again, he may have to decide whether to run for yet a different seat.
With new redistricting maps in place since March, some candidates have filed their election papers and are already campaigning. The elections office is preparing for the primary and is asking the court to leave the redistricting in place.
However, seven voters on O`ahu representing those who want their Senate seat back are asking the federal judges to rule that the redistricting is unconstitutional. They claim it illegally excluded non-permanent residents - the military, students and the incarcerated - from the population count used to draw boundary lines. These total 108,000 nonpermanent residents, most of them on O`ahu.
Plaintiff attorney Robert Thomas told the judges that excluding the nonpermanent residents violates their equal protection under the U.S. Constitution. He also contended that the Reapportionment Commission drew districts of unequal size, creating disproportionate representation in the state Legislature.
According to a story in this morning’s Honolulu Star Advertiser, chief election officer Scott Nago testified that precincts for the new districts are being established, maps are soon to be drawn and his office is hiring 4,000 precinct workers for the Aug. 11 primary and Nov. 6 general election. Starting over would cause delays, he said, with more problems if election dates are changed.
The plaintiffs also argued that while the state Constitution calls for “permanent” residents being used to determine voting districts, it fails to define the term permanent, leading to the arguments in this case. The judges said they plan to rule soon.

HIGH SCHOOL GRADUATION ceremonies filled the old gym at Ka`u High School yesterday evening. Valedictorian Mariah Chingee, of Ocean View, encouraged the graduating seniors to seek educations and careers that will lead to happiness. She said she plans to attend college in Hilo and major in biology in order to become a physician specializing in anesthesiology.
The program included the national anthem sung by graduating senior Eunice Longakit of the famed One Journey band, an address from class president Layla Abellera, the salutatorian address by Leslie Arce, the commencement address by Kat Konanui and Keala Kawaauhau of KWXX radio and the singing of the class song I Believe by Yolanda Adams.  Fifty-eight alumni now make up the Class of 2012.

NA`OHULELUA HISTORICAL Garden holds its monthly Talk Story and Plant & Seed Exchange tomorrow. Attendees are asked to arrive before 1 p.m. for a field trip to a community garden in Wai`ohinu. Call 929-8164 or 345-9374 for details. 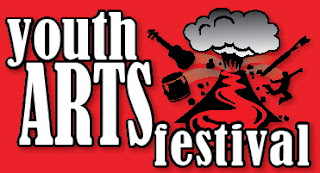 VOLCANO ART CENTER’S Youth Arts Festival takes place next Saturday, May 26 from 10 a.m. to 4 p.m. at its Niaulani Campus in Volcano Village. Free activities run from 10 a.m. – 2 p.m., with a free concert by Brittni Paiva beginning at 2 p.m. Youth Poetry Open Mic starts at 3:30 p.m. All participants receive a free family VAC membership. No experience in the arts is necessary, and everyone is welcome. Donations are accepted. For more information, call 967-8222.