NORTH KOREA DISPLAYED INCREASED COMPETENCE on Friday, by firing a type of intercontinental missile that could one day reach Hawai`i. On Thursday, as reported by Big Island Video News,  Rep. Tulsi Gabbard questioned the Trump administration about its approach to deterring North Korea, beyond pressuring China and Russia to do something. During a hearing before the House Committee on Foreign Affairs, Gabbard pointed out that China has been mobilizing its military along a North Korean border, stepping up its surveillance." However, she said, "It does not appear that serious diplomatic efforts are either working or continue to be underway, beyond saying, 'We think Russia and  China need to comply with sanctions.'"

Gabbard questioned Acting Assistance Secretary of the Bureau of East Asian and Pacific Affairs Susan Thorton, asking her “Can you talk about how this budget actually supports a serious diplomatic strategy in resolving the threat from North Korea? If so what is it?”

Thorton said the Department of State is approaching North Korea by “trying to build up a pressure campaign so that they can change the calculation that they’ve made surrounding the cost-benefit analysis of their weapons programs, and their missile programs.” She said a global pressure campaign is new, with the state department talking with representatives of China, Russia "and other major players." She said the U.S. has "really put the onus on China to do a lot more than the've ever done" and that China has complied, seeking a peaceful resolution and hoping to bring North Korea back to the negotiating table.
Said Thorton, "The problem is that right now the North doesn’t seem to be very inclined to come back to the negotiating table with any kind of serious attitude or proposal. So what we’re doing is continuing to sort of squeeze and close the vice and hope that that brings about a reckoning in that that they’re paying too much for their weapons programs."
After today's North Korean missile launch, the U.S. Eighth Army and South Korean army conducted a straining event that included the Army Tactical Missile System and South Korea’s Hyunmoo Missile II.

THE HEALTH CARE DEBATE CONTINUES and Sen. Brian Schatz released a statement today.
"From the beginning of this health care debate, I’ve hoped that despite incredible odds, my colleagues in the Senate would come together and do what’s right for the American people.
"Last night, thanks to your courage and determination, the U.S. Senate heeded your calls and voted down Obamacare repeal, protecting health care for millions of people. 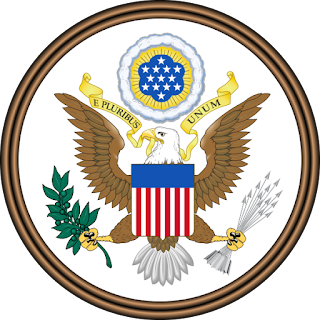 "Because of last night’s historic vote, more than 16 million people across the country will be able to stay on their insurance. Rural hospitals will be able to keep their doors open. Families who are taking care of a loved one will no longer have to worry about paying outrageous medical expenses just to keep them alive. Tens of millions of Americans with pre-existing conditions will be able to afford coverage.
"Thank you for all of your calls, your petitions, your tweets and for making your voices heard. Your activism made this victory possible.
"Now my colleagues and I in the Senate can go back to work on health care legislation as intended with proper procedure, public hearings, and debate. I will work diligently with my fellow senators to make sure the next health care bill that comes to the floor reflects our values.
"In the meantime, there’s more work to be done, from protecting net neutrality to addressing the threat of climate change. I hope you are energized by this victory and ready to join me in the fights ahead."


THE LARGEST HAWAIIAN EARTHQUAKE IN A DECADE,  June 8, awakened many Island of Hawai‘i residents by a sharp jolt just past 7 a.m. This natural wake-up call was caused by a magnitude-5.3 earthquake. This week's Volcano Watch, written by scientists at the USGS Volcano Observatory, reminds everyone to be prepared.
HVO scientists recall that on June 8, as seismic waves rippled across the island, people described a roaring or rumbling sound as vibrations passed through their homes, rattling items on walls and shelves. Almost 1,000 people submitted felt reports for the earthquake through the USGS Did You Feel It? website (http://earthquake.usgs.gov/dyfi). Submissions came in from as far away as the leeward coast of O‘ahu some 500 km (310 miles) distant.
HVO received several reports of moderate shaking from across Hawaiʻi Island. There were also reports of minor damage from Volcano to Hilo, including a small rockfall on the Chain of Craters Road in Hawai‘i Volcanoes National Park.
HVO scientists said "Mahalo to everyone who submits Did You Feel It? reports after an earthquake. By doing so, you contribute to the USGS monitoring program, and help us keep you informed and safe."
Data from DYFI reports are translated into felt intensity, which describes what people experience during an earthquake. The USGS also records ground shaking intensity with strong motion accelerometers. The geographic distribution of these intensities is portrayed through a USGS product called ShakeMap. The maps combine both quantitative data from seismometers and qualitative data from DYFI felt reports to paint a picture of shaking for each earthquake. This information aids post-disaster response, as well as earthquake risk mitigation.
The ShakeMap for the June 8 earthquake shows that the strongest ground motions corresponded to a maximum intensity of VI on the Modified Mercalli Intensity Scale (https://earthquake.usgs.gov/learn/topics/mercalli.php). An intensity value of VI means that strong shaking was felt by all and minor damage occurred in the earthquake vicinity. This was the highest intensity recorded for any earthquake in the State of Hawaii since the Kīholo Bay and Māhukona earthquake sequence in 2006.
Instruments near the epicenter of the June 8 earthquake recorded maximum accelerations of 0.16g, which is 16 percent as strong as Earth’s gravitational force. Accelerations vary up and down as the seismic waves pass. If the earthquake had been larger (greater than magnitude-6.0), the acceleration likely would have exceeded 1g, or 100 percent times Earth’s gravity. When that happens, objects can be lifted off the ground momentarily. People have observed such ‘jumping rocks’ during past large earthquakes on the Island of Hawai‘i.
The June 8 earthquake occurred at a depth of 7 km (4 mi) beneath Kīlauea Volcano's south flank, slightly above the fault separating the old oceanic crust from younger volcanic rocks that make up the island. Earthquakes along this fault occur when the massive volcanic pile shifts relative to the oceanic crust. The largest Hawaiian earthquakes in recorded history, including the destructive magnitude-7.9 and 7.7 events in 1868 and 1975, respectively, have occurred along this interface.
Impacts of last month's magnitude-5.3 earthquake were relatively light. But the next big earthquake could have a different outcome. Before it happens, create a quake-safe plan, put together an emergency kit, and keep it handy. And the next time you feel strong shaking, remember these three actions: Drop, Cover, and Hold on! (https://www.earthquakecountry.org/dropcoverholdon/).
If  near the beach when a strong earthquake strikes, head to higher ground away from the shore as soon as shaking stops. This could save lives in case of a locally-generated tsunami.
To learn more about how indivisuals, families and co-workers can prepare for the next big earthquake, participate in the Great Hawaii ShakeOut on October 19, 2017 (http://shakeout.org/hawaii). The ShakeOut website features educational videos, flyers, and other materials that describe what to do in a variety of earthquake hazard scenarios.


OCEAN VIEW RESIDENTS ENJOY COFFEE WITH A COP. About 25 Ocean View residents enjoyed conversation, coffee and cakes with the police on Tuesday though the number of hosting police officers was reduced when three patrolmen had to leave to attend an auto accident on the highway.
The National Coffee with a Cop Day was an unstructured talk story and a way for the Ka’u police officers to meet community members informally and find out what is on their mind, or, as officer Dane Shibuya put it: “We are getting to know each other, one on one.”
“Some people came with issues to discuss, others came with thanks for police services, and many were just curious.” added Shibuya.
“This is a great idea,” commented Ocean View resident Heidi Jaworski. “This is real community policing.”
Asked what she thought was the biggest problem in Ocean View, Jaworski replied: “Drugs and burglaries – they go hand in hand.”
“We need to install hope, not dope,” added Lono Ah Loo, a dream builder with ideas for helping drug addicts, that he wanted to share with the officers. Coffee with a Cop was held at Ocean View Community Center.

THE REPEAL OF OBAMACARE WAS VOTED DOWN Thursday night in the U.S. Senate. "Thanks to the millions of Americans who made their voices heard. Thank you to everyone for your courage and determination," tweeted Sen. Brian Schatz. He called the grass roots movement to improve health care and to oppose the repeal the largest in American history. Schatz said the bill to repeal Obamacare would have been devastating. Before the vote, Sen. Mazie Hirono tearfully described her health history from being born at home in rural Japan to losing her sister there to pneumonia and to her own battle with kidney cancer. She said that when she was diagnosed with kidney cancer, she was very grateful that she did not have to worry about having health insurance, "so that I could concentrate on the care that I needed rather than how in the heck was I going to afford the care that was going to probably save my life."
Hirono said that so many of her colleagues, on the other side of the aisle, have sent her wonderful notes showing their concern about her illness. "You showed me your care, you showed me your compassion. Where is that tonight? I cannot believe that a single senator in this body has not faced an illness or whose family member or loved one has not faced an illness where they were so grateful they had health care?" She said the bill would have taken health care away from 16 million people...."We are better than that."
The vote to repeal Obamacare failed when Republican Senators John McCain, Susan Collins and Lisa Murkowski voted against it. McCain, just days after his own surgery for brain cancer talked to Vice President Mike Pence and Pres. Donald Trump before walking into the Senate Chamber and giving it a thumbs down, reported Politico. "I thought it was the right vote. I do my job as a senator," said McCain. He saved Obamacare, the legacy of Barack Obama, whom McCain opposed in the 2008 presidential campaign.