“I AM TRULY THANKFUL TO HAVE BEEN ON HAND in our nation’s capital as an agreement was reached,” said Gov. Neil Abercrombie, who traveled to Washington, D.C. to urge Hawai`i’s congressional delegation and his former colleagues in the U.S. House of Representatives and Senate to take action to resolve the federal government shutdown and debt ceiling crisis.
“Strong fiscal management has been a cornerstone of my administration,” Abercrombie said. “Since taking office, I have made tough choices to improve the state’s financial condition, strategically cutting spending in some areas while investing in others. I am pleased to report that we had a roughly $833 million positive balance in the state budget for the 2013 fiscal year. This strong liquidity, our prudent fiscal management and the overall health of Hawai`i’s economy enabled the state to weather the federal shutdown.
“Unfortunately, challenges remain, and the current agreement on the federal budget and debt ceiling is only a stopgap measure. We must continue to manage the state’s finances wisely, foster our economy and work together across all levels of government if we are to withstand another fiscal crisis.”
To comment on or “like” this story, go to facebook.com/kaucalendar.

KA`U HOSPITAL WILL be reaching out through a community steering committee over the next three months to assess the health needs of Ka`u. Steering committee members, ranging from the principal of the Pahala schools to the head of Ka`u Rural Health Community Association, owners of local businesses, members of the Ka`u Hospital Charitable Foundation Board and the editor of The Ka`u Calendar, held their first meeting this week to help design a survey for the Ka`u community. The outreach is required through the federal designation of Ka`u Hospital as a Critical Needs facility. The steering committee will be meeting with community residents to fill out surveys regarding the hospital and the overall health care services provided to the community. The survey will also be online.
Presenters at the first meeting noted that Ka`u Hospital has a direct benefit to the Ka`u economy. While the facility employs 61 people, the multiplier impact on spending in the community brings the impact to employment of 82 persons. The operations income is $5.5 million, with a secondary income bringing the total economic benefit to the community of more than $6.6 million.
Those working on the Community Health Needs Assessment for Ka`u Hospital include hospital staff and representatives from the state Department of Health Office of Primary Care and Rural Health. However, the assessment will come “from the community’s perspective as to health care needs and from analysis of data and information from the public health department, other data sources, survey results and an economic impact study,” according to the presentation by state Primary Care facilitators R. Scott Daniels and Gregg Kishaba.
Many accomplishments at Ka`u Hospital, some of them not well known to the community, were discussed, including Ka`u becoming the first critical access hospital in the state to attest to “meaningful use” as required by the federal government for maximum reimbursement for costs of converting to electronic records. Ka`u Hospital has also improved readiness for trauma patients to become a Trauma Support Facility by providing on-site training and certification in Trauma Nursing for all RNs and purchasing portable ultrasound equipment. The hospital is the winner of the Performance Management Institute National ED Efficiency Award and is one of U.S. News & World Report’s top ten facilities in Hawai`i for nursing home care. It has earned the Five-Star Rating from CMS Nursing Home Compare website. The expenses of the hospital total approximately $7.98 million a year.
To comment on or “like” this story, go to facebook.com/kaucalendar.

EVERY CORNER OF THE WORLD OCEAN, which covers 70 percent of the earth’s surface, will be touched by climate change by 2100, according to a new study by lead author Camilo Mora, assistant professor at the Department of Geography in the College of Social Sciences at the University of Hawai`i at Manoa. The study factors in predictable synergistic changes such as the depletion of dissolved oxygen in seawater and a decline in productivity of ocean ecosystems.
Previous analyses have focused mainly on ocean warming and acidification, considerably underestimating the biological and social consequences of climate change.
“The consequences of these co-occurring changes are massive – everything from species survival, to abundance, to range size, to body size, to species richness, to ecosystem functioning are affected by changes in ocean biogeochemistry,” Mora said.
According to the study, human ramifications of these changes are likely to be massive and disruptive. Food chains, fishing, and tourism could all be impacted. The study shows that some 470 to 870 million of the world’s poorest people rely on the ocean for food, jobs, and revenues, and live in countries where ocean goods and services could be compromised by multiple ocean biogeochemical changes.
The study was published in the journal PLOS Biology.
To comment on or “like” this story, go to facebook.com/kaucalendar. 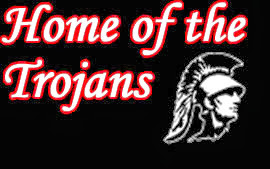 OCEAN VIEW COMMUNITY ASSOCIATION holds its monthly pancake breakfast tomorrow from 7:30 a.m. to 10:30 a.m. at Ocean View Community Center. All-you-can-eat pancakes, scrambled eggs, bacon and coffee/juice for $5. This is the final pancake breakfast this year due to Thanksgiving and keiki holiday events in November and December. To help, call 939-7033. 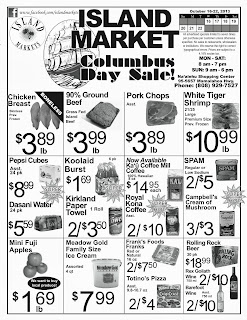 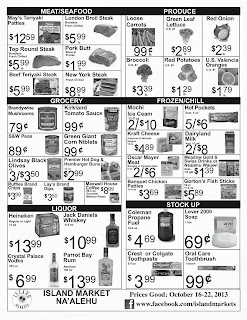 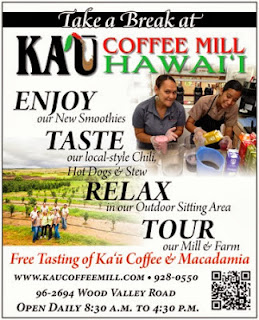 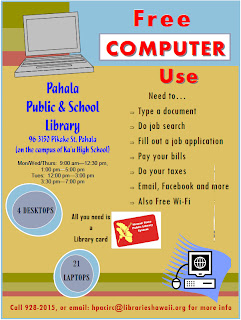 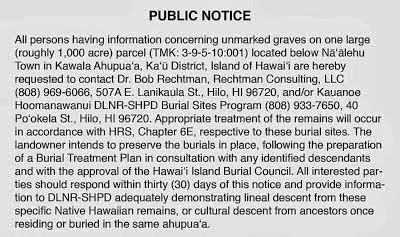