THE VOG TASK FORCE meets Wednesday at 5 p.m. at Pahala Community Center. Issues on safe places for the community during bad air alerts will be discussed. Included will be the new community disaster shelter planned with more than $17 million in funding already approved. The new shelter and gym would have one room for 130 people during bad air days. Ka`u Hospital says it cannot serve as a disaster shelter even with its upcoming renovation that will provide air cleaning equipment.
The task force was proposed by Rep. Bob Herkes to tackle problems with air quality and volcanic emissions in connection with agriculture, human health and the effects of vog on infrastructure, like metal buildings, fencing and vehicles. Herkes said he wants people to come to the meeting to share experiences with vog so the state government and Legislature will understand its effects on Ka`u residents and the environment.
THE RECENTLY RELEASED Ka`u Gym & Shelter Environmental Assessment includes letters from the public.
Darcy Hu asked planners to consider potential impacts of night lighting on nocturnal seabirds that may be transiting the area. Species include the endangered Hawaiian Petrel, or `Ua`u; the threatened Newell’s Shearwater, or `A`o; and the Band-rumped Storm-petrel, or `Ake`ake. Hu said, “Both adults and young of these species can be disoriented by artificial lights and come crashing to land or circle repeatedly and become exhausted. Once on the ground, these birds are vulnerable to a variety of threats including cats, dogs, rats and cars”
The report states that the design will specify minimal shielded exterior lighting to prevent potential distraction to night-flying birds. All other exterior lights would be turned on only as needed and designed in accordance with the county’s exterior lighting standards.
Earl Louis sent a comment to PBR stating, “I live right across of this proposed development. As a resident of 37 years, I feel that this structure would block the view of the hillside of Makanau and Pu`u Enuhe, the hills above Punalu`u.”
According to the EA, the only unavoidable impact would be obstruction of views for a few residents. “The views of most residents are already blocked by existing school buildings or trees. The benefits provided by the higher ceiling for athletic activities and plantation-style roof line offset the unavoidable impact,” the EA states.
The EA is available at hawaii.gov/health/environmental/oeqc/index.html and at Pahala and Na`alehu Public Libraries.
Comments can be sent to Tammy Kapali, Planner, PBR Hawai`i & Associates, Inc., 1001 Bishop Street, Suite 650 Honolulu, HI 96813 or faxed to 808-523-1402. Comments can also be sent to County of Hawai`i Department of Public Works, Attn: David Yamamoto, Aupuni Center, 101 Pauahi Street, Suite 7, Hilo, HI 96720 or faxed to 808-961-8630.

NATIVE HAWAIIANS AND PACIFIC ISLANDERS are 44 percent of those on the waiting list for public housing assistance, according to the county housing agency, which also reports that about 54 percent of the families have children, and seven percent of the families are elderly.
A Peter Sur story in the Hawai`i Tribune-Herald reports that more than 6,000 people remain on the waiting list on this island alone, and the county only has about $14 million in funding for 1,796 rent vouchers under the Section 8 program for the next fiscal year. The average voucher is for $650, which is provided to private landlords, with the renters making up the rest by paying $350 from other sources. According to the story, the county is encouraging more people to sign up, in case more funding becomes available, even though the waiting time is long. Families who signed up back in 2007 recently received vouchers.
The county’s annual report on its Section 8 housing program is open for public comment through March 8, the story says.

GAS PRICES IN KA`U continue to climb. This morning at Ka`u Gas in Pahala the price was $4.57 per gallon. At the 76 Station in Na`alehu, the price was $4.57. In Ocean view it was $4.43 at Kahala Gas, $4.40 at Ocean View Market and $4.37 at Kahuku Country Market.
THE VOLCANO PROJECT recently celebrated its third anniversary promoting the idea that its nonprofit educational organization should operate the Volcano House hotel, camping, restaurant, bar and gift store operation within Hawai`i Volcanoes National Park. Founders of the Volcano Project David Howard Donald and Anne Lee have met with the public every Sunday at the Volcano Farmers Market for 157 weeks and collected more than 1,500 names on petitions and more than 55 letters from community leaders and public office holders urging support of their project. They said they want to “thank the thousands who have come by, sharing their comments and time, offering advice, encouragement, and support, and we especially thank Linda Ugalde, president of Cooper Center Council and Volcano Farmers Market.” The Volcano Project team says that “a nonprofit, with no shareholder dividends to pay, can use 100 percent of the profit to double Volcano House employment over that of a mainland corporate concessioner, serving park visitors more attentively and creating badly needed jobs in our depressed economy. Our plan to create a hospitality school, teaching industry life skills to residents and youth, at affordable tuition, is an invaluable benefit to our rural society, especially in these difficult times.” Donald and Lee point to “overwhelming support from politicians, organizations, institutions and residents.”
The National Park Service regional office is expected to soon announce which one of several entities applying to manage the concessions has been selected. The facility has been shut down for more than two years during a renovation and selection process.
THE CONSTANT SWARM OF EARTHQUAKES halted over the weekend between Saturday just after midnight and Sunday at 2 p.m., with little activity through Monday morning, according to Hawaiian Volcano Observatory geologists. The swarm was near the Namakanipaio campground where the Kilauea and Mauna Loa plates meet. 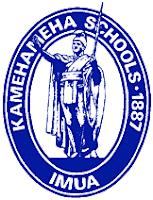 A NEW ANTHOLOGY of modern mo`olelo entitled Don’t Look Back: Hawaiian Myths Made New is the topic at After Dark in the Park tomorrow at 7 p.m. at Kilauea Visitor Center Auditorium in Hawai`i Volcanoes National Park. Author Christine Thomas will read from her book and sign copies. Two-dollar donations support park programs, and park entrance fees apply.

SEE OUR SPONSORS AT KAUCOFFEEMILL.COM AND PAHALAPLANTATIONCOTTAGES.COM.

Posted by The Ka`u Calendar at 11:08 AM Links to this post