CNN IS AIRING ITS KA`U STORY during hourly news cycles today, using Kamilo Beach on the east side of South Point to illustrate how the world’s plastic waste reaches the most isolated beaches. “Slamming the shores of one of Hawai`i’s remote beaches, debris, big and small, covering every inch of the Kamilo Beach coastline, foreign markings tell where some of it comes from,” reports CNN correspondent Kyung Lah.
The CNN news crew visited Kamilo last week with volunteers and Hawai`i Wildlife Fund’s Megan Lamson, who pointed to the lid of a pickle jar, saying, “This is definitely from Japan.” Debris has been coming to Hawai`i shores at a growing rate since 1.5 million tons of destruction in Japan was sucked into the Pacific by the tsunami after the March 11, 2011 earthquake, the story says. Lamson, who grew up in Ka`u, is shown in the CNN news story cleaning up the beach and saying, “It’s disheartening to come out here and see all this marine debris in this area that is otherwise so remote, debris that is washing out from other countries.”

The CNN reporter states,“This is not just a litter problem.”  The story illustrates the marine debris problem by showing the necropsies of seabirds and fish, with scientists cutting open their stomachs full of indigestible plastics.

The CNN crew filmed the inside of a dead two-month old baby albatross from the Northwest Hawaiian Islands.
About 80 percent of the baby bird’s stomach contained indigestible plastics, fed by its parents who confused it for food. Professor David Hyrenbach, of Hawai`i Pacific University, who conducted the necropsy, says in the news story,  “Morally, this is terrible. How is this possible? I mean majestic, far ranging beautiful birds in a pristine place of the North Pacific. And then you open them up and this is what you find.” He says every single bird he’s opened up has plastics.
“It goes way beyond the albatross,” Hyrenbach proclaims. The CNN story turned to NOAA fisheries biologist Lesley Jantz, who studies lancet fish, a major component of the diet of tuna. About half the fish she opens up have plastics in their stomachs. The next step is to measure how much of the plastics are absorbed into the flesh of the fish and passed onto humans who eat tuna.
Plastics found in fish and birds included lighters, hairbrushes, toys, garbage bags and many other items.
The story concludes by saying there is something consumers can do to help environmentalists. “Consumers can simply use less plastic.”
See the film at http://www.cnn.com/video/?hpt=hp_c3#/video/us/2013/03/11/pkg-lah-japan-tsunami-debris.cnn.

HAWAI`I WILDLIFE FUND ISSUED A STATEMENT regarding today’s second anniversary of the Japan tsunami, saying the organization “would again like to express our deepest sympathy to the victims and victims’ families of this natural disaster. First and foremost, this event was a human tragedy. Thousands of people died, and yes indeed, tons of debris were also released into the ocean. While we are thankful for the amount of attention this event has caused for marine debris awareness around the globe, we want all of our volunteers to recognize that marine debris has been a serious problem for decades (basically since the invention of plastic). Hawai`i Wildlife Fund has picked up international debris from shorelines throughout the Hawaiian Archipelago since 1998 and realizes that marine debris is a people problem, not solely the result of a single tsunami event or country of origin.
“Let us not forget that each of us contributes to this problem daily by using (and improperly disposing of) single-use throwaway and non-recyclable plastic products. In turn, we can each be part of the solution and choose to re-use, reduce, recycle, and refuse (excess packaging, single-use items, etc.) and participate in local cleanup events. While CNN was setting up shop, Hawai`i Wildlife Fund and volunteers quickly removed over 200 pounds of marine debris from the coastline with an hour’s effort. And until there is a better solution, Hawai`i Wildlife Fund staff and volunteers will continue to pick up the pieces here in Hawai`i nei.”
Volunteers can join Hawai`i Wildlife Fund’s Ka`u Coast Cleanup this Saturday. Sign up with Lamson at kahakai.cleanups@gmail.com or 769-7629.

U.S. REP. TULSI GABBARD, who represents Ka`u, joined Meet the Press host David Gregory  in a panel discussion with former Republican Congressman Joe Scarborough from Florida who hosts MSNBC’s Morning Joe; former governor and now Democratic senator from Virginia, Tim Kaine; Republican senator from Oklahoma, Tom Coburn, who he was one of the 11 Republican senators who dined with President Barack Obama last week; and freshman Republican Congressman Cory Gardner of Colorado. Gregory described Gabbard as a Democrat and one of the first female combat veterans in Congress.
Gregory asked Gabbard: In this “slightly cooler atmosphere where we’re not in the middle of fiscal crisis, do you sense more inclination to get something done?”
Gabbard replied, “Absolutely. I really see great opportunity here – for a few reasons. One is because you don’t have these kind of created crises that are constantly happening. It creates an opportunity for those of us who have come here with a very clear mandate from people in our districts, both Republicans and Democrats, that we want to see action. We want to see you guys sit down, spend some time together, and talk through things. And in order for that to happen, there has to be a basic level of respect, sincere discussion, listening, and consideration. And there will be things of course we disagree on, but there will be things that we can agree on. And that’s really where the opportunity I see that lies ahead.”
Regarding the nation’s budget, Gabbard said, “I think that’s why it’s important that the – first of all – these conversations are happening. I think frustration by the American people and frustration by members of Congress of – as well have stemmed from the fact that a lot of these debates have taken place on TV or on the House floor and not had – very meaningful discussion so we can figure out areas we can agree on."
She talked about areas in the budget discussed by Republican Sen. Coburn: “Waste within Medicare that we can agree needs to be cut. Issues like prescription drug negotiations from Medicare to bring the cost down. I think everyone agrees that the rising cost of healthcare is the driver,” said Gabbard.
She said, “We really have to be creative and talk through what are the options that are out there. When we talk about – making it so that Medicare can negotiate with these prescription drug companies, that right there is on average around $14 billion a year. We look at some of the major tax loopholes that exist. Again, I appreciate the work that Senator Coburn has done and – and read a lot of it to see where are these areas that we can agree that we can cut back.”
Gregory also asked Gabbard what she thinks of the president having authority to use drones in the U.S. to kill Americans suspected of being terrorists.
She again agreed with the Republican: “Cory and I agree. We have a great responsibility in Congress. And from my background and my experience, I obviously come in with a first-hand perspective on the value of these counterterrorism tactics and strategies – during a time of war overseas in enemy territory, and that being the appropriate place for them, not here on American soil. And it is our responsibility to hold hearings, because it’s an important discussion that the American people are very concerned about, as are we. And we have to set the parameters for what the measures will be,” said Gabbard. See the full roundtable discussion at www.meetthepress.com.

KAHUKU PARK IMPROVEMENTS are on the agenda of Hawai`i County Council’s Finance Committee meeting to be held tomorrow at 1 p.m. at Council Chambers in Hilo. In addition to a previous bill calling for water system improvements at the park in Ocean View, Council member Brenda Ford introduces more measures funding ramps to comply with the American Disability Act; playground equipment, matting, a gazebo and barbeque apparatus; and a senior center, gymnasium and emergency shelter.
Other committees meeting tomorrow are Governmental Relations and Economic Development at 9 a.m., Public Safety and Mass Transit at 9:15 a.m., Environmental Management at 9:45 a.m. and Planning at 10:45 a.m.
The full Council meets Wednesday at 9 a.m. at Council Chambers in Hilo.
Meeting agendas, along with information on how to submit testimony, can be viewed at hawaiicounty.gov.
Ka`u residents can now participate in committee and Council meetings via videoconference at Ocean View Community Center, 92-8924 Leilani Circle. The system is available until 3 p.m. or later if public witness testimony has not been completed.
For more information, call 961-8536 or edistrict6@co.hawaii.hi.us. 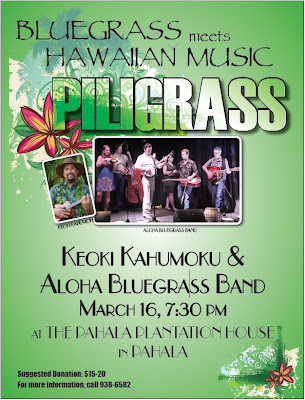 WALK-IN REGISTRATION will be available for the Food Business Basics workshop on Wednesday from 9 a.m. to 3 p.m. at Pahala Community Center. Some of the topics are Understanding the food marketplace and distribution channels; identifying target consumers and developing product niche; business planning and food processing options; local state and federal regulations, product development and funding. See laulimacenter.org/foodbasics.html.

A HUGE RUMMAGE SALE is planned for Friday through Sunday at Discovery Harbour Community Center. The bi-annual sale raises money to support the local volunteer fire department. Donations for the sale will be taken Wednesday and Thursday. “We are looking for anything you want to get rid of that is clean and in working condition,” said rummage sale organizer Elizabeth Girard. The sale typically has good deals including CDs, DVDs, jewelry, artwork, electronics, exercise equipment, furniture and clothes. Discovery Harbour Social Committee will be selling $5 hot dog lunches. Girard said proper firefighting gear is expensive; a good pair of boots costs $300. Using fundraiser money, Discovery Harbour volunteer fire brigade was able to purchase seven 3M full-face respirator masks.

ALSO SEE KAUCALENDAR.COM AND FACEBOOK.COM/KAUCALENDAR.
Posted by The Ka`u Calendar at 11:26 AM