THE FIRST FLOATING LANTERN CEREMONY in recent times drew many Ka`u residents to the Medicine Pond at Punalu`u yesterday. Loved ones were remembered with messages and art drawn on the paper of lanterns placed on miniature boats that were carried by the onshore breeze during the late afternoon and the offshore breeze as evening fell. The messages were placed in a community bonfire on the beach at the end of the ceremony. It was sponsored by the Ka`u Rural Health Community Association, HMSA and the American Cancer Society.
EDUCATORS AROUND THE STATE are worried about parents keeping children home from preschool. A story in this morning’s Honolulu Star Advertiser says that children without preschool experience are more likely to enter school far behind their peers, a handicap that could be carried with them into their working years. Statewide, only about 58 percent of keiki entering kindergarten this year had preschool experience.
The Advertiser story points out that Hawai`i is one of ten states with no state-funded preschool program. Gov. Neil Abercrombie’s administration, however, is hoping that within a few years the state will be able to provide all young children access to quality child care services. The state applied for $50 million in federal funding from the Race to the Top Early Learning competition and will find out if the money is approved in December.
Officials are also working to expand preschool to include those children born too late in the year to qualify for regular kindergarten.
According to the Advertiser story, about 37 percent of kindergarten teachers reported that at least three-quarters of their incoming students had “attitudes and habits that facilitate learning.” Being prepared is shown when keiki have “eagerness to observe and ask questions, try hard and appear interested in the world around them,” states the article. Only 25 percent of teachers said at least three-quarters of Kindergartners started the school year knowing math concepts like simple counting. Preschools also teach literacy skills, needed to start the process of learning to read in kindergarten.
The story says that a poor economy has made it difficult for many low- and moderate-income families to pay for preschool. Instead, they place young children “with relatives or unlicensed practitioners during the day rather than in more expensive licensed preschool centers.”
The story quotes Diane Young, an early childhood education specialist with the state Department of Education: “With the economy how it is, I think it’s really difficult for many parents. There’s a bigger movement toward letting relatives watch (children),” she said.

Declines in preschool attendance are also blamed on families receiving less preschool tuition since January 2010, when the state cut funding for childcare, eliminating 28 percent of families with preschoolers, affecting thousands of pre-school age children.
The problem has intensified with the percentage of children living in poverty increasing, as shown by the number qualifying for a free or reduced-cost lunch at public schools. Fifty-two percent of 16,038 incoming kindergartners qualified for lunch subsidies, up from 45 percent in 2008, according to the recent readiness assessment report by the DOE.
In Ka`u there are several preschools, and early education is assisted by such programs as Tutu & Me Traveling Preschool, involving parents, aunties, uncles, grandparents and other kupuna to help teach the keiki.

A RED FLAG WARNING is up for South Point and all the leeward sections of Ka`u and north toward Kona. The National Weather Service expects a dry, windy day with gusts up to 35 mph and moisture only 40 percent, which is likely to create critical fire weather conditions with rapid fire-growth potential. The Fire Department always warns motorists to refrain from throwing cigarette butts from vehicles, which could spark a fire. It is also advisable to refrain from parking trucks and cars on dry grassy areas and leaving them before engines cool, as their heat could also spark a fire.
High winds could also cause trees and branches to fall on electrical lines today, causing outages. Drivers are advised to look out for debris on roadways.

PRIVATE ARTIST STUDIOS are open today in the once a year event sponsored by the Volcano Village Artists Hui. This is the 25th Annual Art Studio Tour & Sale, and it runs until 4 p.m. Seven studios provide tours and a chance to meet painters, potters, sculptors, woodworkers, photographers and other creators of fine art and crafts. Maps are at volcanovillageartistshui.com and local businesses. Many items will be on sale. 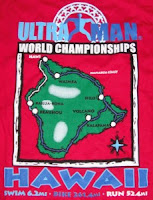 THE UTRAMAN WORLD CHAMPIONSHIPS, which blasted through Ka`u on Friday during a 90-mile bike ride, wraps up with a 52.4-mile, double marathon today from Hawi to Kona. Previous winner Jonas Colting, of Sweden, was still in the lead this morning. The race started with a 6.2-mile swim in Keauhou and is considered one of the toughest endurance events on the planet.

CHRISTMAS IN THE COUNTRY at Volcano Art Center Gallery finishes its weekend of opening events with the wreath competition, book signings and holiday displays. The gallery is open until 5 p.m.
Posted by The Ka`u Calendar at 9:35 AM