PUBLIC ELECTIONS FUNDING being tested for the state through a Hawai`i County Council pilot program may not see changes during the 2013 Hawai`i Legislature. Senate Bill 381, authored by East Ka`u Senator Russell Ruderman, would equalize public funding in all districts, but was tabled this week by the House of Representatives Finance Committee, which means that unless some form of the bill can be resurrected soon,  the funding equalization won’t be in place by the 2014 elections. Ruderman said his goal is to make sure election funding is fair among the candidates.

2012 Council candidate Bradley Westervelt disagreed with equalizing public funding for elections across all districts and wrote the only testimony opposing the measure before the Finance committee: “As one of the recipients of the Hawai`i County public funding pilot program, (B4Council District 6, 2012) I have a lot of opinions on what is and is not working.
“I strongly agree the wide differences in funding available to the various districts is unfair, and needs adjustment, but I strongly believe that making all the districts exactly the same is not the right solution!
“The point of the public funding program is to provide an opportunity for regular citizens to participate in serving in elected office. The requirement to collect 200 valid personal checks from registered voters within the district is a very high bar, to start with.
“Compare that to getting thousands in campaign contributions from just a few individuals or corporations, and it quickly becomes not worth the effort, especially if the public fund amount for a district is under five or ten thousand.
“The pilot program was crafted to run for three years (elections) as a test. The changes proposed by SB381 represent major changes well beyond the intent of the County Council’s original authorship (supportive resolution). Leveling the compensation amount for every district will undermine the intent to provide equalizing funding for new candidates in a subsequent election in a district that had major spending previously. In other words, the intent was to have public funds available to compete with private sector and special interest-backed candidates.
“I’d like to see the program amended to have a higher minimum compensation available to candidates in districts that have gone uncontested, but capping the amount to same for every district is shortsighted, and guts the original purpose.”
On Feb. 28, after passing the Senate and the House Judiciary Committee, the bill was deferred by the House Finance Committee.
The state Campaign Commission submitted testimony saying its members take no position on the bill and pointed out that the funding provided to each candidate on the Big Island, should the bill pass, would be $13,106.10 for the primary and $3,237.97 for the general election.
Without a change in how public campaign funds are distributed, each of the Ka`u District County Council candidates in 2014 would receive $22,310.78 for the primary and $15,788.93 for the general election. This compares to other districts’ candidates receiving less than half of the amount that would be given out to candidates in Ka`u. Ruderman called this "a fluke," based on extraordinary contributions to the campaign of former County Council member Guy Enriques in Ka`u.
Susan Dursin testified that she has studied the issue for years, including her participation in a League of Women Voters follow-up study after the last election. “All candidates who qualified for the funding were interviewed. Without exception, they said that funding should be the same for every district,” she said in testimony supporting SB381. She said the measure “ensures equal funding. This bill also appropriates money to the Campaign Spending Commission. In order to do their very important job, they need adequate funding. Please support this bill,” she testified.
Westervelt said this morning that he did not tell Dursin that he supported equal funding. She said in a phone interview this morning, “That was our impression, and apologize if I misrepresented Mr. Westervelt’s position.” Dursin said there are many good candidates who would prefer to spend their time talking to the people in their district rather than fundraising. Using public funding also lets the constituency know that candidates are not obligated to special interests, Dursin said.
Westervelt said, “I am pleased the bill is dead.”

KA`U COUNCIL MEMBER BRENDA FORD said this morning that she wrote the original resolution from the County Council to the Legislature supporting the public funding and suggested funding $10,000 per candidate. The state added on a formula based on the fundraising amounts in prior elections in each Council district, and the state imposed the requirement that to qualify for public funding, each candidate collect $5 and a signature from 200 registered voters in the district. Ford described the formula as “completely unfair” and said she decried the large amount of public funding for her candidacy here compared to other districts where candidates received very little.
Ford said that to make the funding fair, each county council candidate could receive about $24,000 with two thirds ($16,000) provided for the primary election and one third ($8,000) for each candidate in the general election. Those candidates winning outright in the primary would receive no funding for the general.  She said she continues to support public funding of elections. “The purpose of the pilot project is to find out the problems and to get the kinks out, and that is what we are doing,” she said. Ruderman said that the House finance committee may have mistakenly thought that equalization of the funding might cost the state more money. "I don't think it will cost the state more money," as the funding comes from donations made to publicly funded elections when filing state income tax forms, said the state senator.

VOLUNTEERS ARE COUNTING humpback whales and recording their behavior today during the final Sanctuary Ocean Count for 2013.
Every winter and spring the warm and shallow waters surrounding the main Hawaiian Islands constitute one of the world’s most important humpback whale habitats.
Scientists estimate that more than 50 percent of the entire North Pacific humpback whale population migrates to Hawaiian waters from their higher latitude feeding areas each winter to mate, calve and nurse their young. The first whales to arrive in Hawai`i are usually juveniles and pregnant females, followed closely by mature adult animals.
Researchers report that the Hawai`i sub-population of humpback whales has increased at an annual rate of five to seven percent.
A trend noted in the census summary analysis indicates consistently higher sightings in January and February than in March. According to researchers, a possible explanation for lower whale counts in March is that some whales may have begun their migration back to the feeding grounds in Alaska by the time of the March census. Over a census period from 2002 – 2010, January had the largest average amount of humpback whale sightings. In the Ka`u area, South Point consistently had the most whale sightings during those years.
For more information, see hawaiihumpbackwhale.noaa.gov.

AN EASTER EGG HUNT AND BRUNCH take place tomorrow at Kilauea Military Camp in Hawai`i Volcanoes National Park. Registration for the 9 a.m. egg hunt for children 10 years old and under begins at 7:30 a.m. Participants should bring their own Easter baskets.
Brunch is available from 7 a.m. to 1 p.m. at Crater Rim Café. KMC is open to authorized patrons and sponsored guests, and park entrance fees apply. Call 967-8356 for more information.

NA`ALEHU ELEMENTARY SCHOOL is having a rummage sale next Saturday to raise money for a new playground set and student Incentives. Clothes, books, household items, furniture, toys, tools, and more will be on sale from 8 a.m. to 3 p.m. For more information and to donate, contact Denise Garcia at 939-2413 ext. 243. 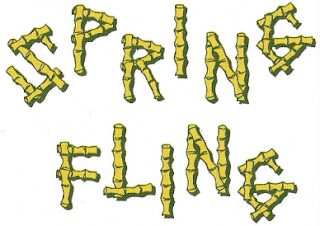 ALSO SEE KAUCALENDAR.COM AND FACEBOOK.COM/KAUCALENDAR.
Posted by The Ka`u Calendar at 11:52 AM