REP. MAZIE HIRONO is fighting a proposed State and Local Funding Flexibility Act in congress. She said it threatens federal education policy and could dismantle efforts to create equal opportunity in education at the expense of low-income and other disadvantaged students.
“We in Hawai`i have fought to provide a good education for our keiki. People still remember the discriminatory sting of English Standard schools. ‘Separate’ is never equal.  This bill would take us backwards,” said Congresswoman Hirono, member of the House Education and the Workforce Committee.
She called it a short-sighted legislation that “would allow the siphoning away of monies that support the education of disadvantaged students. This includes monies that help low-income students and funds for English Language Learners, migrant, neglected, Native American and Alaskan Native students. School districts would be able to move that targeted funding and use it for almost anything allowed under the Elementary and Secondary School Act. For example, school districts could choose to take away money allocated to their district to help English Language Learners and direct that money to another school for activities that have nothing to do with core academics," she said.
“For over 45 years, the federal government has recognized the inadequate education opportunities for poor and minority children.  In 1965 President Johnson signed the Elementary and Secondary Education Act (ESEA) to provide essential supports to schools based on their number of disadvantaged children,” Hirono pointed out.
“Education is the great equalizer,” said the congresswoman. “The future of so many keiki will be decided based on this bill – will they have opportunity or will they fall through the cracks?”
Hawai`i’s schools educate almost 18,000 English Language Learners who speak many languages at home, including Tagalog, Marshallese, Ilokano, Chuukese, Samoan, Japanese, Mandarin, Cantonese, and Chamorro.  This bill would allow districts around the country to spend monies – targeted to help these students learn English – on any student, Hirono explained.
“Like a lot of us, I came to this country not reading or speaking English. Providing English Language Learning classes is incredibly important to enabling immigrant kids to learn and succeed in school,” said Hirono.
Hawai`i’s schools also educate more than 125,000 children in poverty. Title I-A funding, which two-thirds of Hawai`i’s schools receive, helps provide support to low-income students. This bill would allow districts around the country to spend Title I-A formula funds on any student. 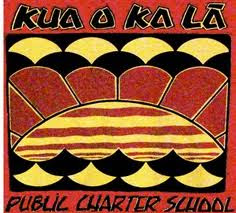 “Families across Hawai`i want real reform that strengthens our schools and gives our children the opportunity to follow their dreams,” Hirono declared. “This bill endangers that future and I will continue to fight it every step of the way.”
SPEAKING OF EDUCATION, KUA O KA LA VIRTUAL ACADEMY, a New Century Public Charter School, hosts a question-and-answer meeting today at 5:30 p.m. at Pahala Community Center. The school’s hybrid program offers place-based, Hawaiian culture-focused electives coupled with an online academic program.
Kua O Ka Lā has adopted the concept of `Ke Ala Pono – The Right Path – to describe its goal of nurturing and developing youth. A statement from the school says, “We believe that every individual has a unique potential and that it is our responsibility to help our students learn to work together within the local community to create a future that is pono – right. ”
For more information, call 808-342-0611 or stop in at the meeting tonight.
A BACKPACK DRIVE to assist children less fortunate in these hard economic times invites anyone to drop off backpacks at the police stations. All police stations around the island will double as drop-off points through September. Backpacks have been identified as the most requested non-food item for charities in Hawai'i. The donated backpacks will be distributed to children at women's shelters, homeless shelters and transitional housing facilities around the Big Island. This is the third consecutive year the Police Department has worked in partnership with HOPE Services Hawai'i (formerly known as the Office of Social Ministry) and the Kids to Kids program.
THE MISSING  46-YEAR-OLD Ka‘u man was located unharmed yesterday. Gordon Dayton Briethaupt was reported missing after last being seen at the Coconut Grove Marketplace in Kailua-Kona on Tuesday at approximately 5:30 p.m. Again, he was found and is safe.
HWY 11 WAS CLOSED for a short while yesterday in Na`alehu after large tree branches fell near the Ohai Road intersection. The blockage sent visitors and locals on the scenic route along the old cane haul road that travels against the pu`us and table top mountains between Na`alehu and Pahala. There was also a small brush fire at Honu`apo, makai of Hwy 11.

MAGNUM IS THE NEW FOUR LEGGED MEMBER of the Hawai`i Police Department and was scheduled to arrive today for duty. Police Chief Harry Kubojiri said he is happy welcome another valuable tool in locating missing persons. Friends of the Missing Child Center of Hawai’i donated the scent-discriminating tracking dog. The male Labrador was purchased through a grant that the non-profit organization was able to secure from the Atherton Foundation. During his training in North Carolina, Magnum was credited with finding a missing person.
The dog arrived in the state last week and was housed at the Honolulu Police Department’s training and canine facility in Waipahu. Kubojiri said the Police Department anxiously awaited Magnum’s arrival. “While, thankfully, it’s rare that a child goes missing in our community, we must remain prepared for such a tragic event,” he said.
KA`U COFFEE FARMERS say they are drumming up a lot of interest in people from O`ahu coming to visit the coffee farmers, particularly chefs, food and beverage buyers and hotel managers. Trini and Francis Marques, Bull and Jaime Kailiawa and Brandy Shibuya with her grandmother Barbara are representing Ka`u at the Hawaii Lodging, Hospitality & Food Service Expo. The trip is sponsored by the Ka`u Coffee Growers Cooperative, Miss Ka`u Coffee Pageant and Ka`u Coffee Mill.
Posted by The Ka`u Calendar at 1:17 PM Links to this post