TODAY IS THE DEADLINE for applications from those seeking to fill the vacancy in the U.S. Senate created by the passing of the late Sen. Dan Inouye. The most recent applicant is Esther Kia`aina, who Gov. Neil Abercrombie recently appointed as deputy director of Department of Land and Natural Resources. Kia`aina, who began a 20-year career on Capitol Hill in Washington, D.C. as an intern for Inouye before becoming chief of staff for two different congressmen in the U.S. House of Representatives, was a candidate in the August primary election for Hawai`i’s 2nd U.S. Congressional District seat.

Others who have expressed interest in the position include former U.S. Rep. Ed Case, Lt. Gov. Brian Schatz, state Sen. Will Espero and current U.S. Rep. Colleen Hanabusa.
The Democratic Party plans to meet on Wednesday and consider three names to submit to Gov. Abercrombie for consideration. It is up to Abercrombie to make the final decision.

KAHU RADIO is more than $100,000 in debt, but is hoping to survive, according to Christine Kaehuaea, who came on board a little more than a year ago and is now station manager. She told the Honolulu Star-Advertiser: “If we turn in our call letters there’s no window open for a new station,” says the Leila Fujimori article in this morning’s newspaper.
The story says that Kaehuaea decided to “take down the broadcasting antenna and transmitter equipment at a tower in Na`alehu, which cost $1,500 a month to rent. That was done Dec. 17, and the gear was moved to the station in Pahala, saving the station a big monthly expense,” says the Star-Advertiser story. The equipment was purchased with a grant from state Civil Defense, and the plan was to extend emergency messaging throughout much of Ka`u from the Crown Castle tower between Na`alehu and Pahala.
The story also describes support from `O Ka`u Kakou, which was founded by former County Council member Guy Enriques. Says the story, “Wayne Kawachi, president of `O Ka`u Kakou, a community service organization, said the group and its members have made donations to support the station.”
Kawachi told the Star-Advertiser, “They let the community know what’s going on, any type of warnings.… We decided we’re going to help and try to keep it open for that reason.”
The story reports that `O Ka`u Kakou “members have also lent physical help in preparing for a farmers market fundraiser for the station.”
However, Kaehuaea announced last Wednesday that the farmers market in Pahala would shut down, saying that an anchor vegetable farmer was pulling out and that other vendors would no longer be able to go to the site for the time being.
According to the Honolulu Star-Advertiser, Kawachi said that the radio station “still covers a lot of Ka`u…. I think it’s a good thing. People like it. The only thing is the cost to keep it running.”
Kawachi also contended that “Pahala itself and the Ka`u area, we have the highest unemployment, the highest welfare.… We just don't have enough people who financially can support it. It’s been a battle, not only the radio station’s. We have a lot of businesses that open up and close. It’s hard to survive. We’re economically depressed,” Kawachi claimed.
The Star-Advertiser also said that “Kawachi gives the station a ‘50-50 shot’ of surviving, ‘but we’re going to try our best to keep it going. It’s going to be a long road.’
‘It’s Kaehuaea’s commitment that engenders that support,’ he said. ‘She tries really hard, and she has her heart into it. She wants to make it survive.’”
The story states that Kaehuaea is co-owner of KAHU, which is licensed by the FCC as a community, nonprofit radio station.
The story also says that (founder of the station), Christine Kaehuaea’s father, Wendell Kaehuaea “retired from the day-to-day station management and is now strictly an announcer.”

HAWAI`I VOLCANOES NATIONAL PARK and U.S. Geological Survey’s Hawaiian Volcano Observatory recognizes January as Volcano Awareness Month with programs throughout next month that focus on the importance of understanding and respecting the volcanoes on which we live. Each Tuesday except for New Year’s Day, the park offers After Dark in the Park programs at 7 p.m. On Jan. 8, the program marks the 30th anniversary of Kilauea’s ongoing east rift zone eruption, with HVO geologist Tim Orr reviewing highlights and talking about recent developments. On Jan. 15, HVO geologist Matt Patrick presents an overview of Kilauea’s summit eruption, including a survey of the volcanic processes occurring within the vent. A below-the-scenes look at Kilauea’s plumbing system takes place Jan. 22, when HVO scientist Michael Poland presents a picture of what Kilauea’s subsurface might look like based on observations from eruptions, earthquake patterns, ground deformation, chemical changes and geologic studies. On Jan. 29, HVO’s chief technical support specialist Kevan Kamibayashi presents the story behind monitoring Hawaiian volcanoes and how HVO gets data it needs to track eruptions and earthquakes.
Other programs are scheduled at UH-Hilo as well as in South Kona and Puna. Visit hvo.wr.usgs.gov for more information. 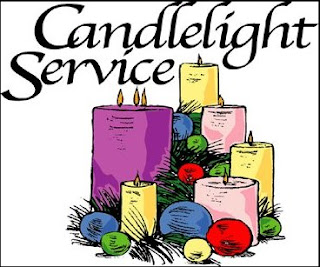 CANDLELIGHT CHRISTMAS EVE SERVICES in Ka`u include one at Na`ohulelua Historical Garden on Kama`oa Road that begins at 6:30 p.m. on the grounds of the historic Catholic Church. Everyone is welcome at this non-denominational Christian celebration. Bring a chair and flashlight to walk the path to the ceremony. Space is limited. RSVP to 345-9374.

NA`ALEHU METHODIST CHURCH also offers Candlelight Christmas Eve Service at 7:30 p.m., with lessons and carols that retell the Christmas story in word and song. For more, call Julie White at 503-756-8035.

KILAUEA MILITARY CAMP’S HOLIDAY CHALLENGE continues through Dec. 31. The front row of cottages at KMC in Hawai`i Volcanoes National Park has been decorated by employees, a nd visitors can vote for their favorites at KMC Front Desk.

KILAUEA MILITARY CAMP’S CRATER RIM CAFÉ offers buffets tomorrow from 1 p.m. to 7 p.m. and on New Year’s Day from 11 a.m. to 6 p.m. The price of $24.95 and $12 for children 6 to 11 includes entrees, side dishes, desserts and beverages. Open to authorized patrons and sponsored guests. Park entrance fees apply.

FIND MORE OF OUR DECEMBER 2012 EVENT PHOTOS ON OUR FLICKR ACCOUNT.
Posted by The Ka`u Calendar at 11:41 AM