GEOTHERMAL ENERGY expansion received an explanation from Hawaiian Volcano Observatory in a recent Volcano Watch. The summary acknowledges that the “state of Hawai`i has been trying to reduce our dependence on fossil fuels. Energy from Hawai`i geothermal resources is but one of several alternate energy sources that have been explored.” It explains that “geothermal resources depend on volcanic heat. Magma, stored in rift zones, heats groundwater which can be tapped by drilling. It is then pumped to the surface where its heat is extracted to drive electrical generators.” The report analyzes the issue:
“It makes sense that the most attractive geothermal target in the state of Hawai`i is also the most active volcano — Kilauea. The nearly continuous supply of magma to Kilauea pumps heat into the geothermal resource, but it also fuels eruptions that could threaten structures on the volcano.
“To make clear where future lava flows are most likely, Hawaiian Volcano Observatory scientists published Lava-Flow Hazard Zone Maps as early as 1974, designating the summits and rift zones of Kilauea and Mauna Loa volcanoes as the most hazardous. For Kilauea, the summit and rift zones of the volcano also have the highest geothermal potential, so the Lava-Flow Hazard Map closely resembles the geothermal resource map.
“Geothermal resources definitely exist on Kilauea, as established by the HGP-A pilot project in the 1970s. The Puna Geothermal Venture commercial power facility has produced 30 megawatts from Kilauea’s heat, 20 percent of the annual electrical usage of the Island of Hawai`i, since 1993.
“The most recent study in 2005 suggests that the potential of the Kilauea resource, excluding areas within national parks and state reserves, could be between 250 and 600 megawatts. Development of geothermal resources may also be possible on volcanoes with less frequent eruptions than Kilauea, such as Hualalai, Haleakala or Mauna Kea.
“If a resource of this size exists and is fully developed, the power generated from it would far exceed the need for electricity on the Island of Hawai`i. Therefore, the state of Hawai`i is proposing the use of an undersea cable to link the islands between Hawai`i, the potential major energy producer and O`ahu, the major energy consumer.
“But what about the risk posed by volcanic eruptions? In a 1994 USGS publication (http://pubs.usgs.gov/of/1994/0553/report.pdf), HVO scientists estimated a high probability of eruptions from Kilauea’s lower east rift zone within any 50-year period. The publication also found a significant likelihood of lava inundation along the cable pathways linking the proposed Kilauea geothermal developments to the Honolulu energy grid, because the cable would have to pass across the northeast flank of Mauna Loa, Hawai`i’s other very active volcano.
“These threats are real. In the last 200 years, eruptions have occurred three times in the lower east rift zone of Kilauea and six times on the northeast flank of Mauna Loa. The possibility of an eruption in the geothermal resource or statewide cable path within any 50-year period is between 60 and 90 percent.
“The effect of an eruption within a geothermal power development could be severe, and the site could be deeply buried by lava. The power generated by the geothermal facility would be lost—possibly for weeks, months, or even years. The 1840, 1955, and 1960 eruptions in lower Puna continued for weeks to months. Power generation and transmission could not resume until after the eruption ceased and it was safe to re-enter the area and re-establish the facilities and the cables carrying electricity away from the site.
“With enough lead time before the eruption, however, much of the power-generation equipment might be moved offsite and saved for future use. The effects of an eruption would be more profound as the geothermal power development increased in size. If a 500 megawatt power generation facility were developed within the lower east rift zone of Kilauea and power exported to O`ahu and Maui, a volcanic disruption would have statewide effects.
“As a community, we should explore all options in our quest for inexpensive, reliable electricity. There are down sides to the utilization of any energy source, and we must balance the negatives with the positives when making choices. This includes balancing the considerable benefits of geothermal resource development with the inherent volcanic risk of such development on active volcanoes,” the report says. See more at http://hvo.wr.usgs.gov/volcanowatch. 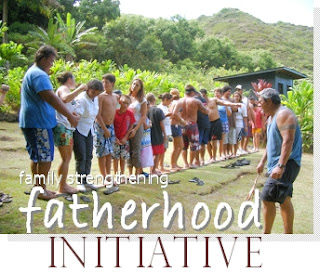 IMPRISONED NATIVE HAWAIIANS need community programs, education and training to help them stay out of jail when they are released, several Big Island residents told members of the Native Hawaiian Justice Task Force yesterday. A story by Chelsea Jensen in this morning’s Hawai`i Tribune-Herald reports that the Fatherhood Initiative, a program of Family Support Hawai`i, was named during the meeting as an example of a valuable project to help Hawaiians. The story quotes a father coach who participates in the program. Kauila Ho said that the Fatherhood Initiative can help make stable families. “A lot of times we forget about the father, but the father is the other half of the formula…. If they understand their role as fathers, even when incarcerated, they will come out and support themselves and their families.”
The Tribune-Herald story also reports on the comments of Gus Costa, who said that sitting in jail without training in reading, writing and other skills, like gardening and carpentry, does nothing to help inmates succeed when they return to society. He suggested that improving education, assisting with increased property ownership and helping families with their dynamics would help prevent the disparate number of Native Hawaiians from entering the judicial system. 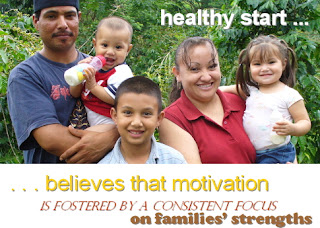 The Tribune-Herald story quoted Costa: “Here’s an opportunity for people with nothing to do that could learn how to read, write, add — whatever. These kids need something to do so that they come out with a skill and given a job.” Costa, who is a carpenter, said the justice system gave him a trade. “The only reason that I am here today is because I learned skills in jail.”
Yesterday’s public meeting and another one coming up next Saturday at 10 a.m. at the state Department of Education Annex, 450 Waianuenue Avenue in Hilo follow a report by the Office of Hawaiian Affairs entitled The Disparate Treatment of Native Hawaiians in the Criminal Justice System.
According to the Tribune-Herald story, testimony at yesterday’s meeting also “touched on education, sovereignty, bringing inmates back to the islands, creating a sanctuary, mandatory sentencing and creating a forgiveness system. Some attendees just listened, and some provided personal stories.”
See more at hawaiitribune-herald.com.


THE CONNECTION BETWEEN Hawai`i’s native endemic birds and the ancient flowers they pollinate is the topic at After Dark in the Park Tuesday at 7 p.m. at Kilauea Visitor Center Auditorium in Hawai`i Volcanoes National Park. Two-dollar donations support park programs, and park entrance fees apply.

HO`ONOUA ANCHIALINE POOLS workdays sponsored by Hawai`i Wildlife Fund are scheduled this Wednesday and again on July 25. Sign up with Megan Lamson at meghwf@gmail.com.

SUPPORT OUR SPONSORS AT PAHALAPLANTATIONCOTTAGES.COM AND KAUCOFFEEMILL.COM.
Posted by The Ka`u Calendar at 9:39 AM Links to this post