HAWAI`I VOLCANOES NATIONAL PARK will be featured on The Today Show Monday, May 20 along with several locations throughout the state. Crew members from the show filmed in Hawai`i and at the national park this week during the show’s first stop of a trek across the nation.

MANY OF KA`U’S GOVERNMENT OFFICIALS support the National Transportation Safety Board’s recent recommendation that allowable blood alcohol content levels be dropped from 0.08 percent to 0.05 percent.
Sen. Josh Green told Stephens Media reporter Chelsea Jensen that he is impressed with the NTSB’s recommendation and that he plans to introduce legislation to make the change during the next state Legislature. “This is a simple, elegant way to say, ‘We’re not going to tolerate drunken driving,’” he said. “It would be terrific (for Hawai`i) to be a leader in this area because we have dealt with a lot of drunken driving.”
According to Jensen’s story, Police Chief Harry Kubojiri said he supports anything that would reduce the number of fatalities and injuries on Big Island roadways. He pointed out that lowering the blood alcohol content is just one of many aspects, including enforcement, education, treatment and sanctions, that need to take place. “Lowering the alcohol content in and of itself, I don’t think will prevent additional vehicle crashes,” he said, noting that crashes on Hawai`i Island often times involve drug use in addition to alcohol. “But it definitely plays a role.”
Hawai`i County Prosecuting Attorney Mitch Roth told Jensen that he thinks lowering the legal limit is a good idea and noted that more research needs to be done. “We can definitely save lives,” he said.
Hawai`i Police Department’s latest report states that, so far this year, there have been 486 DUI arrests in Hawai`i County, with nine of those in Ka`u. Of the 13 traffic fatalities on the island to date this year, one was related to alcohol only, and two were related to a combination of alcohol and drugs.
See hawaiitribune-herald.com.

THE UNEMPLOYMENT RATE for April declined to 4.9 percent from 5.1 percent in March, reported the state Department Of Labor & Industrial Relations. The last time the unemployment rate was 4.9 percent was in October 2008.
Statewide, there were 614,000 employed and 31,850 unemployed in April, for a total seasonally adjusted labor force of 645,850.
Nationally, theunemployment rate was 7.5 percent in April, compared to 7.6 percent in March.
In another measure of employment, total seasonally adjusted nonagricultural jobs rose by 3,000 in April over March.
There were over-the-month job gains in Leisure & Hospitality (+700), Trade, Transportation, & Utilities (+400), Financial Activities (+300), Other Services (+300), and Construction (+200).

Employment in Manufacturing remained unchanged.
Government employment went up by 2,600 jobs, with shifting seasonal staffing patterns at the Department of Education responsible for the vast majority of the increase.
Among major industry sectors, there has been notable over-the-year job expansion in Construction (+3,300), Leisure & Hospitality (+1,500) and Other Services (+1,500). 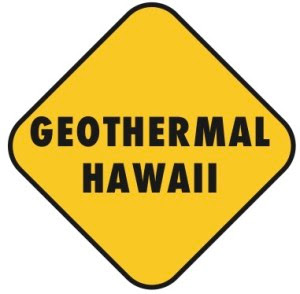 A GROUP OF 272 BIG ISLAND RESIDENTS has sent a letter to Gov. Neil Abercrombie and the Environmental Protection Agency asking them to place a moratorium on further geothermal development until authorities take a closer look at Hawai`i’s geothermal practices, regulations and enforcement.
“For two decades, the community at large has been depending on the Department of Health, Civil Defense and other authorities to ensure the health and safety of the residents and schools around Puna Geothermal Venture’s geothermal plant,” the letter states. “During those years, many of us had hoped the plant would be a benefit that would reduce electricity costs and eliminate dependence on foreign oil. While we have yet to see those benefits materialize, recent events have revealed many startling problems with geothermal practices here in Hawai`i. We are seeing that a ‘hands off’ approach to regulation has done much to erode the public trust in the government’s ability to safeguard Hawai`i’s citizens and environment.
The letter cites issues of no clear response plan in case of emergency at geothermal plants, including no system of warning residents, lack of monitoring of emissions by the state Department of Health, and inadequate regulation and oversight. It also questions claims that geothermal is clean, safe and sustainable.
“This is not a question of being pro- or anti-geothermal energy,” the letter states. “This is about doing it right and making it safe. This is about not poisoning people and the environment based on an unsubstantiated promise of sustainability and energy security. In two decades, geothermal has only increased our electricity bills and subjected us to extremely hazardous conditions. Before we further embrace this volatile energy resource, we must learn more about its unique application in Hawai`i and how it affects human life and other precious resources.
“To earn back the public trust, the governor’s office, the EPA, Hawai`i County Civil Defense and DOH must take immediate action to investigate these issues and overhaul the monitoring plan, enforcement structures and the emergency response plan. We ask you to resurrect the sense of civic duty required to remedy this overt failure of oversight. Until the EPA and Hawai`i government authorities can fulfill their obligation to safeguard life and land with a single geothermal plant, we citizens of Hawai`i insist that you institute an immediate moratorium on all future geothermal development and exploratory drilling.”
The complete letter is available at geothermalhawaii.org./citizens-letter.

THE PUBLIC UTILITIES COMMISSION has received responses to questions posed by Hawai`i County to the state Consumer Advocate regarding testimony on the proposed contract for `Aina Koa Pono to sell biofuel refined above Pahala from biomass grown in Ka`u to Hawai`i Electric Light Co.
Hawai`i County asked the Consumer Advocate to explain the rationale and evidence for the assertion that air emissions will be reduced. “Given that no biofuel using intended Hawai`i feedstock has apparently been produced other than for small lab-scale proof of concept …, what is the basis for this statement? Published literature on microwave depolymerization also indicates the bio-oils can contain widely varying levels of sulfur and nitrogen (hence potential SOx and NOx emissions) depending on the type of feedstock and specific process. In light of this, please justify this rather definitive statement and discuss whether it might be premature.”
“The Biodiesel Specifications provided by HELCO … to the proposed contract specify levels of Sulfur and Fuel Bound Nitrogen,” the Consumer Advocate said. “If the fuel does not meet these specifications, HELCO has no obligation to purchase.”

Hawai`i County asked, “Although the AKP project would arguably represent a further diversified contribution to Hawai`i’s RPS requirements, please comment on how much of a premium relative to other sources of renewable energy to meet these requirements is good public policy – given that these relatively higher costs are passed on to ratepayers.”
“First, it is not clear that the AKP price represents a premium relative to other sources of renewable energy that bid in response to the companies’ RFP,” the Consumer Advocate replied. “Second, it is not clear that the cost of electricity generated from AKP biodiesel will be more expensive than new renewable projects that would come online in the 2020 to 2030 timeframe. As higher levels of renewable resources become part of the HELCO grid, firm resources such as biofuels may become more valuable. Mr. Hornby did not attempt to quantify this value. The UHERO study, Sustainable Development and the Hawai`i Clean Energy Initiative, presents a number of assertions and questions, including some that have already been raised. However, the Legislature and administration have already established the state energy policy, and the renewable portfolio standard has been adopted in state law.”
More testimony will be covered in future Ka`u News Briefs. All testimony is available at puc.hawaii.gov.

ALSO SEE KAUCALENDAR.COM AND FACEBOOK.COM/KAUCALENDAR.
Posted by The Ka`u Calendar at 12:38 PM Links to this post