KA`U FARMERS MARKET has found a home at Shaka Restaurant in Na`alehu. Organizers scrambled to find a site for tomorrow’s sale of food, crafts and art after the group was evicted without notice from Na`alehu Ace Hardware grounds last Saturday. Other locations ideas included Island Market, the Methodist Church and Na`alehu Hongwanji. These organizations are considering both the community benefit and liability. The eviction was apparently prompted by women falling during market hours on the grounds of Ace Hardware and threatening or actually suing for damages. Both Ace and the market were apparently covered by liability insurance. 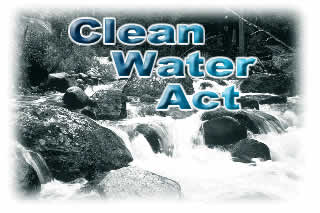 PESTICIDES THAT COULD ENTER WATERWAYS are now under the regulation of the federal Clean Water Act, and farmers and conservationists are working with the state to come up with a set of rules. Some farmers fear that the rules could limit their spraying for weeds. Some conservationists argue for strict rules to prohibit poisons from entering streams and the watershed. However, conservation groups spraying to kill invasive weeds that compete with native vegetation are also concerned that the rules could stymie their efforts.
A story in Civil Beat says that Dean Okimoto, head of the Hawai`i Farm Bureau, testified that rules would increase costs for farmers and impede the push for food sustainability. The story quotes Okimoto: “It’s starting to feel like it’s an inordinate burden on farmers in this state to take on…. It comes to the point that farmers are almost endangered species.”
According to Civil Beat, “Earthjustice, the Surfrider Foundation, Life of the Land and KAHEA argue that the state isn’t doing enough to protect local waterways, aquatic resources and human health.” See more at civilbeat.org.


HARRY KIM WILL RUN FOR MAYOR, he announced yesterday. The former two-time Hawai`i mayor and former county Civil Defense director bases his campaign on refraining from taking any more than $10 a person for campaign donations. During his term as mayor he also refused the typical freebies, even lunch at such nonpolitical events as credit union meetings where he was giving public speeches. Kim is 72 years of age and a Puna resident. He took out papers to run for office yesterday and said he will file them today.
Kim recently re-entered public debate over the state’s proposal to exempt geothermal drilling from environmental reviews. Kim flew to Honolulu and gave an impassioned speech objecting to such exemptions, leading to the state Department of Health’s Environmental Council rejecting the exemptions. Kim said he is not against geothermal and other alterative energies for the Big Island but wants to make sure they are done safely for people and the environment.
Kim is also campaigning against the continuing use of landfills to get rid of garbage, saying he would like to see a garbage-to-energy plant on the island, according to a report at bigislandnow.com.

BUFFER ZONES around geothermal wells are proposed by County Council chair Dominic Yagong. He is also proposing that the County Council create a Geothermal Relocation and Public Safety Program. The current Community Benefits plan expends funds coming from the Puna geothermal plant for the benefit of Puna. The proposal is to redirect the money to study health effects of geothermal and to spend on relocating residents away from the geothermal plant when needed. Management of the fund would be moved to Civil Defense from the Planning Department.
According to an Erin Miller story in this morning’s Hawai`i Tribune Herald, Ormat Technologies, owner of Puna Geothermal Ventures, is reaching out to the community to explain its noise, water and safety standards and monitoring that is reported regularly to the state Department of Health.
The Hawai`i Tribune Herald story quotes a letter from Ormat saying, “PGV continually monitors (hydrogen sulfide) through 35 point-source detectors placed throughout the power plant. PGV also maintains three monitoring stations that are located on the perimeter of the facility. These stations monitor meteorological and noise data, which can be viewed on the company website and is provided in a formal report given to the (Health Department) on a monthly basis, or as requested. For over 20 years, PGV has complied with state-mandated emissions standards.”
Ka`u areas considered for possible geothermal expansion in the future are at South Point, the Ka`u Desert and upper Ocean View.

THE TRANSIT OF VENUS, when Venus makes its final trek across the face of the sun until the year 2117, occurs today. Lew Cook, a local astronomer and contributor to the The Ka`u Calendar, warns people not to look directly at the sun without proper eye protection. Welder’s goggles and masks can be used only if they are #14 or above. If the landscape is visible through them, they are not dark enough. Other safe viewing techniques are available at venustransit.nasa.gov/2012/transit.
A live webcast from Mauna Kea is scheduled to begin at 11:45 a.m. and last through the event. “This location will give a wonderful view of the entire transit with little chance of cloud cover to a worldwide audience,” according to the website. Visit venustransit.nasa.gov/webcasts/nasaedge.

WES AWANA TEACHES Intermediate `Ukulele today and every Tuesday from 5:30 p.m. to 6:30 p.m. at Volcano Art Center’s Niaulani Campus in Volcano Village. Students should have a basic knowledge of chords and strums. Fee is $40 per month. Kanikapila jam sessions open to all musicians follow from 6:30 p.m. to 7:30 p.m. Donations are appreciated. For more information, call 967-8222.

AT AFTER DARK IN THE PARK this evening, Puakea Nogelmeier discusses the project to make over 125,000 pages of Hawaiian-language newspapers printed from 1834 to 1948 readily available. It is possibly the largest native-language cache in the western world, he said. The program begins at 7 p.m. at Kilauea Visitor Center Auditorium in Hawai`i Volcanoes National Park. Two-dollar donations support park programs, and park entrance fees apply.

ALMA GORALI, JYM DUNCAN, Betina Wajar, Terri Chapot, Bobbie Beebe, Suzshi Lang and Iris Bishoff are some of the artists who will guide participants in art activities during Ka`u School of the Arts’ Summer Creations event happening on Monday, June 11. The event at Pahala Plantation House is free, and some activities may have a modest materials fee.

SUPPORT OUR SPONSORS AT WWW.PAHALAPLANTATIONCOTTAGES.COM AND WWW.KAUCOFFEEMILL.COM.
Posted by The Ka`u Calendar at 11:35 AM Links to this post