RESCUED SWIMMER JACOB SELMAN has issued a mahalo to the people who recently saved his life at South Point. The Montana man wrote on The Ka`u Calendar facebook page, “Thank you so very much to all the people that helped to save my life. Especially, thank you, Jackie (Kailiawa). I don’t think I would have made it much longer. I’m doing much better now, and I’m forever indebted to Jackie and all the local folks who cared and risked their own safety to save my life. I’m sorry for all the trouble.”
Selman was swept out to sea at South Point, and waterman  Kailiawa, who grew up in Pahala and now lives in Volcano, dove in and rescued him in dangerous conditions.
Messages from Ka`u and beyond call Kailiawa a hero. Kau`i Makuakane-Gouveia wrote, “What an amazing individual!” Thomas Pasquale wrote, “A true Hero!” Chris Kawaauhau wrote, “Awesome job Jackie.” Ronnie Akaka said, “No kidding, Good job.” Valerie and Roger Leong posted “Awesome cousin!” Jade Ah Ho wrote, “God sent these wonderful Samaritans!” Tom Young, of VolcanoPC, offered Kailiawa a free computer tune-up and said, “Thanks for being there in a time of need.” See more on the June 25 Ka`u Calendar facebook page and kaunewsbriefs.blogspot.com postings.
There are many heroes in Ka`u. Please send the stories of local heroes to mahalo@aloha.net to be published in The Ka`u Calendar newspaper and in the daily Ka`u News Briefs.

KA`U COFFEE EARNED THE FRONT PAGE of the SmallBiz section of Hawai`i Business magazine for July. One headline is Ka`u Coffee Stands Tall and sports a full-page photo of Chris Manfredi riding a horse in Ka`u, the caption describing him as managing partner at Ka`u Farm & Ranch Co. and president of Ka`u Local Products and noting that he “brokered a 2011 deal that placed Ka`u coffee in 250 Starbucks outlets in the U.S., Canada and Japan that sell the ultra-pemium Starbucks Reserve coffees.”
The other headline calls Ka`u the Cinderella of Hawai`i Coffee and notes that Ka`u coffee’s success took almost two decades of hard work. The article focuses mainly on Lorie and Rusty Obra, describing them as “unlikely coffee farmers. They had emigrated from the Philippines to New Jersey in 1972 to begin their careers, Rusty as a chemist and Lorie as a medical technologist.” The article tells of their success and Lorie continuing the building of the Ka`u coffee brand after Rusty’s death.
Writer John Stickler details the history of C. Brewer shutting down its sugar company and investors coming in, with businessman and philanthropist Edmund C. Olson and a separate group, to which Manfredi belonged, buying thousands of acres of land here. The story talks about Olson building Ka`u Coffee Mill. The story also mentions award-winning Ka`u coffee farmers Willie Tabios, Marlon Biason, Manuel Marques, Bull and Jamie Kailiawa and Trini and Francis Marques as well as Lee Segawa, roaster at Ka`u Coffee Mill. See more business stories at hawaiibusiness.com. 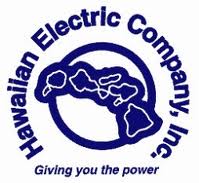 The report says, “Biofuels, produced from local energy crops, have the following benefits: creates new jobs in Hawai`i, retains the billions of dollars that are spent on imported oil in the state, increases Hawai`i’s energy security, invigorates Hawai`i’s agriculture industry, supports the state’s goal of diversifying Hawai`i’s economy by encouraging the development of local agriculture, reduces greenhouse gas emissions, and provides a local fuel alternative for marine, land, and aviation transportation.
“Another important consideration is that biofuels can be used to generate renewable energy for existing conventional generating units which provide essential grid services, including load following, frequency response, voltage control, and on-line operating and spinning reserves.”
HELCO expects the Keahole Power Plant to begin burning biofuels in 2018 in several select runs, according to the report.
The entire report is available at hawaiianelectric.com.

GOV. NEIL ABERCROMBIE HAS ENACTED LEGISLATION that strengthens laws protecting the rights of women and children throughout Hawai`i.
“I commend the Hawai`i Women’s Legislative Caucus, Commission on the Status of Women, and women’s advocates for their dedicated efforts in support of these measures, which address a wide variety of issues ranging from protections for domestic workers, to human trafficking, to recognition of the societal and health benefits of breastfeeding,” Abercrombie said. “Many of these bills, now enacted as law, are the result of members of the community getting involved in the legislative process to protect the rights and safety of women and children.”   The governor also signed bills that extend the voluntary foster care age to 21 as well as keep keiki safe from a parent who has been convicted of a sexual assault.   “SB529 not only shields the child from a convicted sex offender, it also protects the survivor from being further victimized,” Abercrombie said. “Through SB1340, which extends the voluntary foster care age to 21, we are sending a message to former foster youth that we will continue to support their transition to adulthood, independence and self-sufficiency. Doing so lays the foundation for long-term positive outcomes for youth when they leave foster care. It will also result in substantial cost savings in future government services.”

NINETY-FIVE PEOPLE SHOWED THEIR support of U.S. military troops by signing a message of thanks during Na`alehu’s Independence Day celebration. Organizer Peter Anderson said he and other Ka`u residents gathered the signatures at a booth and by circulating the message through the crowd. The message read, “ We appreciate your service and the support your family has given to make your service possible. As a sign of gratitude, we have placed our signatures in this binder.”
The message will be delivered to troops at Pohakuloa Training Center, Anderson said.
See more coverage of Na`alehu’s Independence Day celebration in this week’s Ka`u News Briefs.

KEN CHARON TEACHES HOW TO GAIN inspiration from the natural environment of Kilauea tomorrow and each Wednesday during July at 10:30 a.m. Participants meet on the porch of Volcano Art Center Gallery in Hawai`i Volcanoes National Park. The 1.5-hour classes are open to park visitors and island residents over eight years of age. Sign-up is on a first-come, first-served basis the day of the class. They are free, and park entrance fees apply.
For more information, call 967-8222 or see volcanoartcenter.org.

VOLCANO VILLAGE’S FOURTH OF JULY celebration takes place Thursday, with the parade starting at 9 a.m. The parade begins at the post office and goes to Cooper Center on Wright Road, where festivities continue with craft and food booths, entertainment, a silent auction and games for children.

ALSO SEE KAUCALENDAR.COM AND FACEBOOK.COM/KAUCALENDAR.
Posted by The Ka`u Calendar at 11:25 AM Links to this post