LINCOLN ASHIDA, County Corporation Counsel, said he wants to look at “getting back to the basics.” He said he would start by building a team of prosecutors and support staff that understands the stress that crime creates for individuals and communities. He also wants to focus on training of prosecutors. “Our community demands and expects the best attorneys,” he said. See ashidaforprosecutor.com.

PAUL DOLAN describes himself as a rural lawyer. He said that “the prosecutor’s principal role is to assist the court to arrive at the truth and to do justice between the community and the accused according to law and the dictates of fairness.” He said he maintains zero tolerance for drug dealers and empathizes with drug users. He said law enforcement should focus on ice eradication and that a top priority of his campaign is decriminalization of marijuana. See pauldolanforprosecutingattorney.com.

MITCH ROTH, a deputy prosecuting attorney, wants to make neighborhoods safe by closing drug houses, recording drug forfeitures so that drug money fights crime, performing nuisance abatement and doing hands-on community training. In an interview with Sherry Bracken, he said his main priority is “to change the culture in the Prosecutor’s Office to a focus on keeping the island safe and healthy, to have the prosecutors be not just case processors but problem solvers.” See mitchroth.org.

DRIVE WITH EXTREME CAUTION is the warning from Police Chief Harry Kubojiri. He issued a personal plea this week for all Big Island motorists, noting that traffic fatalities so far this year have surpassed totals for all of 2011 and are approaching totals for all of 2010.
As of Aug. 8, deaths totaled 24 on Hawai`i County roads this year. That compares with 22 deaths for all of 2011 and 27 deaths for all of 2010. Police analysis of the traffic fatalities during the past 2.5 years shows that the following substances have been factors in the following number of fatal crashes:
Alcohol – 35 (30 drivers and 5 pedestrians); prescription drugs – 21 (20 drivers and 1 pedestrian); marijuana – 17 (16 drivers and 1 pedestrian); methamphetamine – 6; amphetamine – 4; cocaine – 1.
In many cases, multiple substances were factors in the same crash. Kubojiri said that police statistics do not include impaired passengers who may have contributed to traffic fatalities. In some of the more recent crashes, police have not yet received toxicology results to determine whether dangerous substances contributed to the tragedies, so the substance count could increase.
Other contributing factors in the fatalities were speed (23) and not wearing a seat belt (25) or a motorcycle helmet (13). “The victims in the fatalities ranged from six months old to 88 years old. Their deaths caused unspeakable pain to their families and friends,” said the police chief.
Police are stepping up DUI enforcement, but it will take a community effort to reduce the traffic death toll. Kubojiri said drinkers should arrange for a designated driver if they plan to consume alcohol. “When they get behind the wheel of a vehicle, they and their fellow motorists are operating lethal machinery.
“Try to anticipate erratic driving and be mentally prepared for unexpected dangers,” Kubojiri said. “Practice safe, defensive driving and help reduce needless loss of life. Together, all of us can make a difference as we travel our Big Island roadways.”

KA`U’S KULEANA LANDOWNERS are invited to learn how the Office of Hawaiian Affairs can help them to apply for property tax exemption. Kuleana lands are usually small parcels handed down through Hawaiian families for generations. They are often surrounded by larger tracts of property and sometimes are landlocked.
OHA will host a meeting on Tuesday, Sept. 11 from 5:30 p.m. to 7:30 p.m. at Pahala Community Center.
OHA trustee Rowena Akana and Ka`u’s state Sen. Gil Kahele worked at the 2012 state Legislature to pass a resolution supporting the protection and preservation of Kuleana Lands.
Kuleana Lands became exempt from real property taxes on O`ahu in 2007. “Native Hawaiian families who had been caring for their Kuleana lands for generations are now protected from sky-rocketing property taxes caused by luxury resorts and shopping malls being built around them. If the exemption didn’t pass when it did, more Kuleana lands would have fallen out of Hawaiian hands,” said Akana.
“Since most of the Kuleana lands were carved up, taken away or abandoned, the impact on tax revenues was predicted to be extremely minimal, so OHA argued that there should be no reason why the ordinance shouldn’t pass. This has in fact been proven to be the case,” Akana said. For more information, call 808-594-1967.
See the County of Hawai`i’s form called Claim for Kuleana Land Exemption at http://www.hawaiipropertytax.com/Forms/pdffiles/RP%20Form%2019-89.5%20_Claim%20for%20Kuleana%20Land%20Exemption_.pdf. 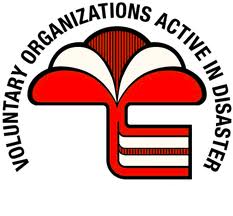 KA`U ORGANIZATIONS are invited to join the East Hawai`i Chapter of Voluntary Organizations Active in Disaster. VOAD is having a quarterly general meeting on Tuesday, August 21, at 10 a.m. at the county Civil Defense at 920 Ululani Street.
VOAD is the forum where organizations share knowledge and resources throughout the disaster cycle — preparation, response and recovery — to help disaster survivors and their communities. Members of VOAD form a coalition of nonprofit organizations that respond to disasters as part of their overall mission. All interested organizations are welcome to attend and become members.
For more information, call Suzi Bond at 982-7344 or Bill Hanson, of Hawai`i County Civil Defense, at 935-0031.

KA`U CDP STEERING COMMITTEE meets Tuesday at 5:30 p.m. at Ocean View Community Center. Agenda items include an update on progress of the draft CDP, updates on initiatives in Ocean View, recommendations to the Planning director regarding forecasted CDP project expenses for the 2013-2014 County budget and Sunshine Law amendments. For more information, contact Ron Whitmore at 961-8137 or rwhitmore@co.hawaii.hi.us.

SUPPORT OUR SPONSORS AT PAHALAPLANTATIONCOTTAGES.COM AND KAUCOFFEEMILL.COM.
Posted by The Ka`u Calendar at 10:54 AM Links to this post