A NONPOINT WATER POLLUTION BILL was tabled today in the state Senate Committee on Ways and Means. The measure had moved in the Legislature as House Bill 903, House Draft 2 and Senate Draft 1. The vote today effectively killed the bill for the 2013 legislative session. The legislation would have established a separate Water Pollution Control account and authorized the state director of Health to prescribe fees to help fund Department of Health in managing pollution from nonpoint sources and individual wastewater systems.
Sen. Russell Ruderman supported the intent of the bill – to reduce environmental pollution - but after amendments and changes to the language of the bill, and the overwhelming number of concerns expressed by constituents that this would have a potentially negative economical impact on the Puna-Ka`u district, he said, he could not support it. “I appreciate the decision of chair Ige and the committee and thank you for your consideration on this measure. I would also like to thank director Gary Gill and the Department of Health for their valuable time and efforts to address this important issue. Hopefully, we can find a version that will address all of the concerns of our constituents.”
Volcano resident and state Department of Agriculture chief Russell Kokubun testified that he supported the bill with one amendment concerning the definition of waste, wastewater and water pollutant. He noted that the proposed bill “adds ten new definitions. The terms ‘waste,’ ‘wastewater,’ and ‘water pollutant’ contain references to agricultural matter or agricultural wastes in their respective definitions. The department is concerned that these references to agricultural matter and wastes may result in inconsistency or conflict with the amendments made in Senate Draft 1 to make farming operations not affected by the bill’s provisions. We recommend these references to agricultural matter and agricultural wastes be deleted from the definitions,” testified Kokubun.

The state Office of Planning supported the bill, testifying that the Coastal Zone Management Program and the Department of Health have been seeking full approval from the National Oceanic and Atmospheric Administration and Environmental Protection Agency of a Coastal Nonpoint Pollution Control Program, which is required of approved CZM programs nationwide pursuant to Section 6217 of the Coastal Zone Act Reauthorization Amendments.The bill provides DOH with much needed resources to address water pollution from nonpoint sources and individual wastewater systems. The improved ability to control and reduce water pollution in Hawai`i, will in turn contribute towards gaining full approval of the CNPCP.”
Alexander & Baldwin, which owns some sugar lands and large tracts of former sugar lands, which are being subdivided and developed, opposed the measure:  “Under the proposed bill, any person (other than those engaged in farming operations) owning a plot of land greater than 10 acres in size may be required to obtain a “management plan approval” (i.e., a permit) for land upon which rain might fall or from which water might flow regardless of whether the landowner is actually undertaking any activity upon its land. This is a radical departure from any existing environmental permit program because it seeks to regulate the mere existence of land exposed to rainfall rather than an activity proposed to occur on the land,” testified A&B. 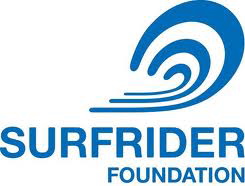 The Hawai`i Contractors Association and Building Industry Association both opposed the bill as did the Land Use Research Foundation of Hawai`i, which is comprised of major Hawai`i landowners, developers and a utility company.
The Hawai`i Cattleman’s Council opposed the measure. Hawai`i Farm Bureau’s president Dean Okimoto testified that the organization “strongly opposes” the measure, saying, “Minimizing excessive farming expenses is a basic requirement to enable our farmers and ranchers to remain viable and provide food, biber, and energy that is a cornerstone to self-sufficiency…. The proposed new permitting system is unnecessary, inappropriate and will be extremely costly and burdensome to our local farmers.”
The Surfrider Foundation supported the measure: “This bill is designed to address the issue of water pollution that is caused by leakage from cesspools and storm water runoff, which are the leading causes of contamination of our near-shore waters.
“According to the EPA, Hawai`i has the highest number of cesspools per capita in the entire country, and this has created many water quality problems in rural, agricultural and coastal areas across the state. This bill would address the issue by empowering the Department of Health to: Identify and issue fees on businesses, homeowners and farmers whose wastewater treatment systems are leaking, dangerous and polluting state waters; work with these people to set up a management plan to deal with the problem by either upgrading to a septic system or hooking up to county sewer lines; and, finally, create a separate Water Pollution Control account to help fund efforts to mitigate the pollution from nonpoint sources and individual wastewater systems.
“As most people know, DOH is tasked with some of the most important duties in the state to protect the health and well-being of the people and the environment, yet they are under-funded and under-staffed to do this work. By allowing the agency to assess fees on those polluting our waterways and near-shore waters (most of whom do not pay sewer fees), this bill would create a desperately needed Water Pollution Control account to hire new staff to deal with this increasing problem. We may have some of the world’s most pristine beaches, but we also have very high rates of water quality contamination and brown-water advisories.
“The bill would also help homeowners, farmers and businesses come up with a wastewater management plan and mitigate the environmental and human health hazards associated with water pollution,” testified the Surfrider Foundation.
B.A. McClintoc testified: “This bill is important because it would enable the Department of Health to address the largest source of water pollution in Hawai`i – storm runoff. Farms are a principal source of runoff pollution (soil, fertilizer, and pesticides). Runoff pollutes streams, groundwater, the ocean and coral reefs. Small farmers (under 10 acres) will not be affected by this bill. They make up 64 percent  of our farms.”
Winnie Hee wrote: “Please pass this bill to help stop polluted runoff from killing Hawai`i’s fragile marine resources. …The larger farmer’s who control 98 percent of the farm land in Hawai`i, can afford to take on this ‘burden’ as good citizens and conscientiously would.”
The University of Hawai`i’s Water Resources Research Center and Environmental Center submitted testimony in support: “Nonpoint sources of water pollution are major causes of water quality degredation.
“We agree in concept with proposals to establish operating fees for individual wastewater systems,” to “require the preparation and implementation ofnonpoint source pollution management plans,” and to impose a range of related filing fees and penalties. The overall benefit of these provisions would be to boost funding and participation for state programs that help all kinds of landowners and land operators to better fulfill their responsibilities for sound environmental management practices which contribute to the overall protection and enhancement of watershed health. Research from around the world indicates that it can takes decades of well- planned, consistent effort to achieve measurable improvements in water quality that are directly attributable to successful nonpoint source management measures. We encourage the Legislature and the Department of Health to continue refining the details of HB 903 so that new sources of funding can emerge to move our state forward on this path, and we are available to confer with you about these ongoing efforts.”
The state Department of Health also supported the measure. The bill is expected to be taken up again in 2014. See more testimony at www.capitol.hawaii.gov.

ARCHAEOLOGISTS AND HISTORIC PRESERVATIONISTS are calling for the community to oppose a bill before the legislature that would “make things worse and not better,” for the preservation of historic sites and the operation of the State Historic Preservation Division, according to the Society for Hawaiian Archaeology.
Its legislative chair, Dr. Sara L. Collins, testified on SB 1171, SD 1, HD1, saying, the measure would not “align state historic preservation law with federal historic preservation law. The way to do that is for DLNR to do what the Hawaii Supreme Court told it do: amend its own regulations …the Department of Land and Natural Resources can do this anytime it chooses. Making changes to the rules rather than the law will ensure that these amendments are placed within a procedural context and that safeguards are included.” The archaeologists contend that “if passed, the bill will introduce more confusion and uncertainty into the historic preservation review process, which already has enough conflict. These amendments would allow projects to proceed without sufficient information on the presence or absence of historic properties in the project area, and whether historic properties would be affected by a development.”
According to the archaeologists, the measure “would increase the chances of unforeseen findings resulting in major complications and slowdowns for projects, and potentially more litigation.  As currently worded, there is an overall lack of accountability and public participation. Who decides when a phased review or a programmatic agreement should be done? SHPD alone or SHPD together with a public sector (e.g., DOT) or a private sector (e.g., Turtle Bay Resort) applicant? How will the public know about these actions and how will they be able to participate? There are too few safeguards in the bill, and it appears to give the SHPD unilateral powers to decide if a phased review or a programmatic agreement is needed…. The confusion and uncertainty coupled with the lack of accountability and public participation will almost certainly result in damage to or destruction of historic sites, due to a failure to perform adequate surveys and other studies before proceeding with construction. We have too little left of our heritage to risk losing any of it to poor planning and a reduced review process.” University of Hawai`i Students in Archaeology also issued an opinion in Civil Beat yesterday. See http://www.civilbeat.com/voices/2013/04/03/18746-protecting-the-integrity-of-the-historic-preservation-review-process/
More testimony can be seen at www.capitol.hawaii.gov where citizens can also testify.  Search for bill numbers.

KA`U WILL BE ON PARADE at the Merrie Monarch Festival tomorrow beginning at 10:30 a.m. Representatives of Hawai`i Volcanoes National Park, the Three Mountain Alliance, Ka`u Coffee Farmers Cooperative, Miss Ka`u Coffee Pageant, Thy Word Ministries – Ka`u and Pa`u Queen Genevieve “Jon” Cran, of Kapapala Ranch, and her attendees will participate in the annual parade through Hilo. At 11 a.m. at Afook-Chinen Civic Auditorium, Kyra Phoebe Michiko Gomes, the grand-daughter of Phoebe and Bobby Gomes, will perform. Also at the Civic are many crafters and artists from Ka`u, including the Studio of Sticks and Stones and Jamie Gilmore.

NA`ALEHU ELEMENTARY SCHOOL Rummage Sale is Saturday from 8 a.m. to 3 p.m. to raise funds for a new playground set and student incentives. For more information, call Denise Garcia at 939-2413, ext. 243.
Posted by The Ka`u Calendar at 5:15 PM Links to this post