COUNTY CLERK JAMAE KAWAUCHI flew to Honolulu Thursday to meet with the state Attorney General regarding the island’s voter registry. According to the Nancy Cook Lauer story in West Hawai`i Today this morning, she told the newspaper, “Based upon my review of the County of Hawai`i voter registry, I found some things I thought should be investigated further, so I contacted the state Office of Elections…. I also met with the state Attorney General’s office.”
The story says she asked the AG to “help sort out apparent discrepancies in the county voter registration” after she shut down the voter registration office for a full day last Monday to conduct an audit.
At least one County Council member has weighed in. According to the Cook Lauer story, council member Dennis Onishi wrote to state chief elections officer Scott Nago requesting that the state assume management of the upcoming Aug. 11 primary election in Hawai`i County. Onishi’s letter, obtained by West Hawai`i Today, says: “I must strongly insist that the state Office of Elections take all control of the operations for the coming elections…. This has put the integrity of the Election Office in shambles. Now, who can say this coming Primary Elections will be fair and open? I feel that transparency of fair and open elections has been lost.”
Kawauchi was nominated and approved as County Clerk by the County Council majority chaired by Dominic Yagong, who is running for mayor against incumbent Billy Kenoi. Kawauchi declined to comment on whether she thinks Onishi’s characterization of her review of the voter registry is political, according to West Hawai`i Today.
The newspaper quoted her: “The public is the priority. The Office of the County Clerk wants the public to know we are doing everything we can to make sure that our county has a fair and well-run election,” Kawauchi said, “We will keep the public informed as appropriate.”


A LOW UNEMPLOYMENT RATE for Hawai`i continues to register in national statistics. The state Department of Labor & Industrial Relations announced yesterday that the seasonally adjusted unemployment rate for June in Hawai`i was 6.4 percent, a 0.1 percentage point increase from 6.3 percent in May.
Statewide, there were 607,800 employed and 41,500 unemployed in June, for a total seasonally adjusted labor force of 649,350. Nationally, the seasonally adjusted unemployment rate was 8.2 percent, the same as in May.
Initial claims were down 6.1 percent, and weeks claimed were down by 7.8 percent compared to one year ago. Initial claims rose by 4.2 percent, and weeks claimed grew by 1.7 percent in June compared to May.
The unemployment rate figures for the State of Hawai`i and the U.S. are seasonally adjusted, in accordance with the U.S. Bureau of Labor Statistics methodology. The not-seasonally adjusted rate for the state increased to 7.1 percent in June from 6.3 percent in May.
In a separate measure of employment, total seasonally adjusted nonagricultural jobs decreased by 1,800 jobs over-the-month.
Within industry sectors, job gains were experienced in Other Services (+600) and Construction (+100). Employment in Manufacturing, Financial Activities, and Leisure & Hospitality remained stable.
Job losses occurred in Trade, Transportation, & Utilities (-200), Professional & Business Services (-200), and Education & Health Services (-1,000).
The decrease in Education & Health Services was primarily concentrated in Health Services, as Social Assistance employment (childcare and individual & family services programs) has shifted downward in May-June due to the recent years’ changes in the public school schedule.
Government jobs contracted by 500 over-the-month, with the bulk of the decline attributed to a drop in hourly workers at the Department of Education. Over-the-year, total seasonally adjusted nonfarm jobs have expanded by 7,100, with the largest increases taking place in Leisure & Hospitality (+6,400), Trade, Transportation, & Utilities (+2,700), and Financial Activities (+1,300).

HEALTHY MOTHERS HEALTHY BABIES COALITION of Hawai`i helps mothers and mothers-to-be in Ka`u with online advice on how to ensure the good health of their babies. The website directory displays phone numbers in Hawai`i that mothers and mothers-to-be might find helpful, including WIC, child care, family services, substance and alcohol abuse groups, Department of Health and many others. There is also information about prenatal health, including eating habits and exercise, and newborn and infant care including child development, breastfeeding, and immunizations.
The national organization was founded in 1981 to foster “a child’s right to be born healthy and raised in a safe and nurturing environment, equal access to quality health care, a collective voice to facilitate change, eliminating health disparities among all populations, cultural competence and respect for diversity and education to encourage healthy choices.” For more information, visit hmhb-hawaii.org. 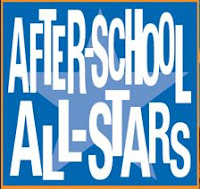 PUBLIC SCHOOL IN KA`U starts Monday at Pahala Elementary & Intermediate, Ka`u High and Na`alehu Schools. A new program for sixth-, seventh- and eighth-graders, called After-School All-Stars Hawai`i, is free and targets middle school youth with three hours of after-school programming Monday through Friday. “It includes academics, enrichment and health/fitness activities,” explained Dawn Dunbar, president and CEO of After-School All-Stars Hawai`i. Initiatives include “service learning, sports-based youth development and career exploration. Our goal is to provide at-risk youth with the opportunities to participate in educational, sports, cultural and community enrichment programs, to build confidence and self-esteem and to encourage youth to say no to gangs, drugs and violence and yes to hope, learning and life,” Dunbar said.
From July 30 on, seventh- and eighth-graders at Ka`u Middle School can enroll. All-Stars begins Aug. 13 and meets at the end of each school day until 5:30 p.m. Registration forms, which must be filled out in order for any child to attend the program, were sent with school registration packets, but parents can also contact All-Star Ka`u site coordinator Thu-Tam Doan to arrange for registration at 557-7414 or tdoan@asashawaii.org.
Five part-time program leaders will be hired for Ka`u. Each leader will work about 15 hours a week depending on the classes he or she teaches and will be paid a minimum of $12 an hour. For more about applying, contact Doan.

CU HAWAI`I’S MOOLA MOOLA BIRTHDAY BASH was held at Na`alehu and Pahala branches yesterday. Kids were offered free cookies and juice, and those under 13 with a CU Hawai`i savings account were able to sign up for the drawing to win a free movie ticket. A winner from each branch was picked at the end of the day. Eight-year-old Dustin Dancel won in Na`alehu, and six-year-old Trulayna Bullo-Saladino won in Pahala.
“Moola Moola promotes savings programs for our younger members,” said AVP/Marketing manager Cheryl Weaver. For every five dollars deposited they get a stamp that they can trade in for prizes. Those prizes range from beach balls and coloring books to a maximum of three stamp cards traded for a free movie ticket. “It’s a way of teaching our youngest members financial responsibility,” Weaver added.
Those interested in opening an account for their children can do so at any of the seven CU Hawai`i branches on the Big Island. To sign up a child, parents are required to present their own valid state I.D. and provide the child’s name, date of birth, and Social Security number.
For more information about CU Hawai`i Federal Credit Union and their branch locations, visit cuhawaii.com or call 933-6700.

LILA FLOOD facilitates Dances Of Universal Peace at 4 p.m. tomorrow at Volcano Art Center’s Niaulani Campus in Volcano Village. This spiritual practice incorporates folk-dance-like steps and sacred mantras that draw from all major spiritual and religious traditions. No experience is necessary, and all are welcome to this free event. Donations accepted. For more call 985-9109 or 967-8222.

SUPPORT OUR SPONSORS AT PAHALAPLANTATIONCOTTAGES.COM AND KAUCOFFEEMILL.COM.
Posted by The Ka`u Calendar at 1:12 PM Links to this post