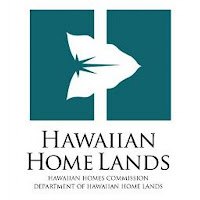 “This funding in the past has helped more than 1,400 low-income Native Hawaiian families build safe, secure homes and neighborhoods,” said Rep. Tulsi Gabbard. “Increased affordable homeownership has positive effects in our community on many levels. Since NAHASDA was enacted 18 years ago, preschool enrollment and proficiency rates in reading and mathematics have increased among Native Hawaiian children. Additionally, crime rates in the Native Hawaiian community have decreased, and health care disparities such as diabetes and heart diseases have been reduced. This grant will continue to build strong communities in Hawai`i for generations to come.”
Sen. Brian Schatz said, “This investment will help DHHL build and maintain affordable housing units across Hawai`i, educate families about buying and financing a home, and offer loan assistance to make it easier for Native Hawaiian families to realize the dream of homeownership. The Native Hawaiian community continues to face unique challenges when trying to access affordable housing, and that is why funding programs like the Native Hawaiian Housing Block Grant Program are critical to reversing long-standing housing inequality.”
Sen. Mazie Hirono said, “Access to affordable housing is a key to building strong communities. However, too many Native Hawaiian families struggle to finance their first home. Investments in home ownership and access to affordable housing are investments in Hawai`i’s future, and this funding will help DHHL’s beneficiaries pursue the dream of having a place to call home. In addition to meeting this responsibility, I will continue working with federal stakeholders to raise home affordability for all of Hawai`i’s families.”
DHHL’s NHHBG planned activities for FY2016 include more than 300 rental and homeownership opportunities for Native Hawaiian Families, as well as funding for community health and safety promotion, rehabilitation assistance and energy saving investments for existing homeowners, and lending subsidies for homebuyers.
To comment on or like this story, go to facebook.com/kaucalendar.

PLAINTIFFS HAVE FILED ANOTHER LAWSUIT attempting to stop construction of the Thirty Meter Telescope at the summit of Mauna Kea.
Tom Callis, of Hawai`i Tribune-Herald, reported that two residents challenge University of Hawai`i’s authority to grant subleases on Mauna Kea because it is crown land that was owned by the Hawaiian monarchy and transferred to the United States following annexation. According to Callis, plaintiffs argue that the state doesn’t have authority over the land, UH’s lease incorrectly refers to the property as demised land, and subleasing the land is a violation of the Hawai`i Homestead Act of 1920.
Hilo Circuit Judge Glenn Hara scheduled a hearing for Sept. 18. UH, the state Board of Land and Natural Resources and the Office of Mauna Kea Management filed a motion to dismiss the lawsuit that will be heard Aug. 19.
While an emergency rule approved by BLNR and signed by Gov. David Ige continues to limit access to summit, tour companies that offer stargazing on Mauna Kea say their operations are back to normal.
See hawaiitribune-herald.com.
To comment on or like this story, go to facebook.com/kaucalendar.

NEARLY 70,000 ROOFTOP SOLAR photovoltaic net energy metering applications have been approved to install or interconnect across O`ahu, Maui County and Hawai`i Island, according to Hawaiian Electric Co. Since committing in October 2014 to clear a backlog of about 2,800 pending NEM applications, HECO has approved more than 15,000 applications to install or interconnect.
“Rooftop PV is an important option for many of our customers and a key part of the mix of renewable resources we need to meet our state’s goal of 100 percent renewable energy by 2045,” said Jim Alberts, HECO senior vice president of customer service. “We’re working hard to provide our customers with options that support the continued growth of solar energy in ways that are safe and reliable while ensuring fair treatment for all customers.”
As of July 15, a total of 69,330 rooftop solar NEM applications have been approved to install or interconnect by Hawaiian Electric, Maui Electric and Hawai`i Electric Light Company.
“We’ve worked closely with the PV industry and manufacturers of solar equipment to make improvements that help customers install rooftop solar systems safely and reliably,” Alberts said.
Alberts said Hawai`i utilities have 20 times the national average in PV installed per customer.
To comment on or like this story, go to facebook.com/kaucalendar.

CHARTER COMMUNICATIONS, INC. and Time Warner Cable, Inc., the parent company of Oceanic Time Warner Cable, LLC are seeking approval of indirect transfer of control of Oceanic’s six cable television franchises statewide pursuant to the merger transaction between Charter and TWC.
The application to the state Department of Commerce and Consumer Affairs’ Cable Television Division includes a request for approval of the proposed financing mechanism needed to complete the proposed transaction. According to Charter and TWC, the proposed merger will result in new jobs and investments, a faster Internet experience at a better value and increased innovation and quicker rollout of advanced video technology, among other public benefits. In addition, Charter and TWC state that they are committed to, among other matters, protection of a “free and open Internet,” investment in infrastructure and customer service and a broadband program for low-income consumers.
Under federal law, the Cable Television Division has 120 days from filing the application and all information required by the terms of the franchise agreement or state law to review the application and issue a decision. If no action is taken within the 120-day period, the application will be considered approved, unless an agreement is reached to extend this deadline.
“We will thoroughly review the application and all related information regarding the proposed transaction to determine if it’s in the public interest,” said Cable Television Division Administrator Ji Sook “Lisa” Kim.
Cable Television Division will issue information requests and/or clarification questions, as applicable, and seek input and comments from Cable Advisory Committee members and the general public. For this, Cable Television Division will hold a CAC meeting and statewide public hearings, details of which will be announced in the following weeks. Information regarding the proposed transaction will be made available online at cca.hawaii.gov/catv/.
To comment on or like this story, go to facebook.com/kaucalendar.

HAWAI`I POLICE DEPARTMENT IS AGAIN participating in a backpack drive for children who cannot afford to buy them. As in previous years, all police stations around the island will double as drop-off points for persons interested in helping children in need. Backpacks may be dropped off until Aug. 30.
The  main police station in Ka`u is on the Volcano side of Na`alehu at 95-5624 Mamalahoa Hwy. Call 939-2520.
Backpacks have been identified as the most requested non-food item for charities in Hawai`i. The donated backpacks will be distributed to children at women’s shelters, homeless shelters and transitional housing facilities around the Big Island.
This is the seventh consecutive year the Police Department has worked in partnership with HOPE Services Hawai`i, formerly known as the Office of Social Ministry, which provides a continuum of homeless and transitional programs from outreach to emergency shelters, including permanent supportive housing placements.
To comment on or like this story, go to facebook.com/kaucalendar.

KUMU PELE opens today at Volcano Art Center Gallery in Hawai`i Volcanoes National Park, with an opening reception from 5 p.m. to 7 p.m. This exhibition of original paintings and prints by Avi Kiriaty will be on display daily from 9 a.m. to 5 p.m. through Aug. 23. The exhibit is free; park entrance fees apply.

KDEN SUMMER PRODUCTION of The King and I continues this evening at  7:30 p.m. and Sunday at 2:30 p.m. at Kilauea Military Camp Theater in Hawai`i Volcanoes National Park. Tickets are $14 general admission, $12 for seniors and students and $10 children 12 and under. Available at Kilauea General Store, Kea`au Natural Foods, The Most Irresistible Shop in Hilo and at the door. Call 982-7344 or email kden73@aol.com for more information.

PARTICIPANTS LEARN ABOUT the People and Lands of Kahuku on a moderate two-mile, three-hour guided hike that loops through varied landscapes of the Kahuku unit of Hawai`i Volcanoes National Park near South Point Road, tomorrow from 9:30 a.m. to 12:30 p.m.
For more information, call 985-6011. 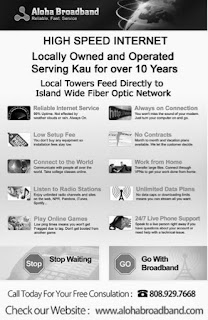 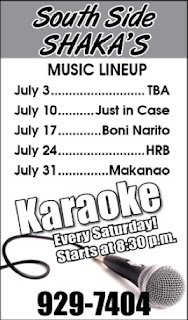 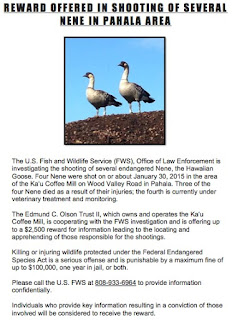 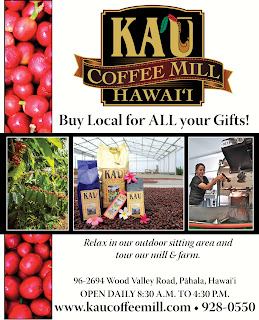