WILL THE NEW STATE SENATE SEAT for the Big Island stand up to federal scrutiny? Not so sure, says retired judge and state Reapportionment Commission chair Victoria Marks. Only two states, Hawai`i and Kansas, exclude military personnel and out-of-state college students from the population base of voting districts. According to an editorial in the Honolulu Star-Advertiser, the Kansas Constitution drops nonresident military personnel and nonresident college students before apportioning districts for state representatives and senators. “Out of a population of 2.8 million, those total less than 120,000, of which fewer than 14,000 were subtracted from the Kansas census in determining district boundaries. Nonresident military in Hawai`i number about 120,000, in a population of 1.3 million.” Dropping them led to the creation of a new Senate seat on the Big Island for which state Rep. Bob Herkes has announced his campaign.
Marks, however, told the Star-Advertiser that a federal challenge could quote the 14th Amendment, stating that “representatives shall be apportioned among the several states according to their respective numbers, counting the whole number of persons in each state.” Said Marks, “I think if there’s a federal lawsuit that’s brought, there is some potential that the state constitutional position may not withstand federal constitutional scrutiny.”
The exclusion of the military led to a new state Senate seat from Punalu`u through Pahala and Volcano and Puna. It also changes boundaries for the state House of Representative, leaving two newly drawn House districts representing Ka`u – from South Kona to Honu`apo and Punalu`u into Puna, with no announced candidates to date.
A COFFEE BERRY BORER VIDEO will soon be distributed to Ka`u coffee farmers by the Kohala Center and Kamehameha Schools. The film is in English and Spanish and covers methods of farm management to push back the pest that has devastated many farms in Kona. The farmer-to-farmer video explains that the beetle has spread at an alarming rate through Kona, threatening the survival of Hawai`i’s premier specialty crop. With farmers still discovering the beetle infestation and others reporting a total crop loss in Kona, “information is needed to saturate the community immediately,” said Suzanne Shriner, member of the Kona Coffee Farmers Association.
It has been shown in Kona that when 700 farms are in close proximity, the beetle crosses farm boundaries with ease. “Cooperation within the community is imperative to reduce everyone’s losses,” Shriner said.
Directed by Gary Sprinkle and featuring Shriner and Andrea Kawabata, UH-CTAHR extension agent, the video demonstrates three main aspects of CBB management: Sanitation — removing cherries from the orchard in a timely manner; spraying the Beauveria bassiana fungus — the only legal, effective pesticide for CBB; and trapping — to help identify trouble spots.
The Kohala Center connected a small group of Kona coffee farmers who researched and condensed the basics of Integrated Beetle Management from other coffee growing regions, with Kamehameha Schools, which had the capacity to magnify the quality of this project and access difficult to reach segments of the farming community.
Kamehameha Schools, which happens to be landowner of 70 percent of Kona coffee farms, was the primary funder of the video. Kona Coffee Farmers Association, also a funder, had worked with the state Department of Agriculture to approve the commercial Beauveria bassiana fungus in Hawai`i.
UH-CTAHR joined the project, adding to and verifying the scientific veracity of the instructional material.
The video is online at www.youtube.com/KamehamehaSchools in both English and Spanish. 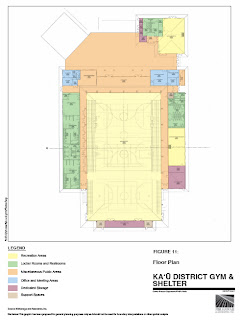 RESIDENTS CAN COMMENT on the Ka`u District Gym & Shelter Environmental Assessment through March 23. The report calls for buildings at the site to be made of cement to harden them against “low Category 3 hurricanes.” Category 3 hurricanes have gusts at a maximum of 155 mph. At least one 2,000-square-foot room, which could shelter 120 people during a short-term hurricane or air quality emergency, would be equipped to clean the air from vog. However, the main gym, with the ability to shelter 1,500 people for a short-term disaster and 560 people for temporary housing after a disaster, would be without air cleaning equipment, according to the proposal. The EA states that Civil Defense is comfortable with providing clean air for 120 people.
The EA is available at hawaii.gov/health/environmental/oeqc/index.html and at Pahala and Na`alehu Public Libraries.
Comments can be sent or faxed to Tammy Kapali, Planner, PBR Hawai`i & Associates, Inc., 1001 Bishop Street, Suite 650 Honolulu, HI 96813, Fax 808-523-1402; or County of Hawai`i Department of Public Works Attn: David Yamamoto, Aupuni Center, 101 Pauahi Street, Suite 7, Hilo, HI 96720, Fax 808-961-8630.

THE EARTHQUAKE SWARM at the Ka`oiki fault line near Namakanipaio Park diminished during the last 24 hours. Closest buildings were at Volcano Golf Course subdivision and Hawai`i Volcanoes National Park. Some items were reported falling off shelves, along with a rock fall in Halema`uma`u Crater. There were more than 100 quakes during the swarm, the strongest registering 4.3, 4.1, 3.9 and 3.0. The same fault line where the plates of Kilauea and Mauna Loa meet created swarms in 2006, 1997, 1993 and 1990, following a 6.6 magnitude quake in 1983 that caused more than $7 million in damage between Ka`u and Hilo, and leaving fissures in roads and crumbling trails in Hawai`i Volcanoes National Park. See tux.wr.usgs.gov for maps and information on quakes here. 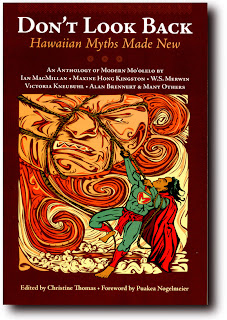 CHRISTINE THOMAS READS AND SIGNS her new anthology of modern mo`olelo, Don’t Look Back: Hawaiian Myths Made New, at After Dark in the Park on Tuesday at 7 p.m., at Kilauea Visitor Center Auditorium in Hawai`i Volcanoes National Park. A $2 donation supports park programs, and park entrance fees apply.
A VOG TASK FORCE MEETING will be held on Wednesday at Pahala Community Center at 5 p.m. The task force was proposed by Rep. Bob Herkes to tackle the problems with air quality events and volcanic emissions in connection with agriculture, human health and the effects of vog on infrastructure, like metal buildings, fencing and vehicles. Herkes said he wants people to come to the meeting and share their experiences with vog so that the state government and Legislature will understand its effects on Ka`u residents and the environment.

VISIT OUR SPONSORS AT PAHALAPLANTATIONCOTTAGES.COM AND KAUCOFFEEMILL.COM.
Posted by The Ka`u Calendar at 10:09 AM Links to this post