GOV. NEIL ABERCROMBIE INTENDS TO VETO A BILL that passed the state Legislature and was put forth as a measure to protect important agricultural lands. While the bill was intended to encourage landowners to keep the best Hawai`i lands in ag forever, it also gave many incentives for industrial development that could be connected to ag. It would have given property tax breaks, reduced requirements for building permits, reduced electric rates to run the operations and state funding for water development.
Department of Ag Chair Russell Kokubun testified during the Legislature, calling for the bill to be delayed until the counties come up with their mapping of important ag lands to be preserved. The Land Use Research Foundation, comprised of large landowners and developers, had strongly supported the bill, as did the Hawai`i Cattlemen’s Association.
The Sierra Club testified against portions of the bill, stating that it could intentionally if not automatically “approve undesirable development projects throughout Hawai`i.” The Sierra Club pointed out that the measure would create a 90-day automatic approval of any construction project connected to crops or other agriculture on lands designated as important ag lands. “Automatic approval of any permit is simply poor policy,” the Sierra Club wrote. “Permits should be granted on their merits, not by mistake or governmental inefficiency,” stated the Sierra Club.

THE GOVERNOR HAS ALSO INFORMED THE LEGISLATURE of his intent to veto the following bills:

THE FOOD SAFETY AND SECURITY PROGRAM proposed for the state Department of Agriculture.

THE VOG TASK FORCE bill, which passed the 2011 state Legislature. An interagency task force, championed by Rep. Bob Herkes, was designed to find ways to address vog and its impact on the people of Hawai`i. 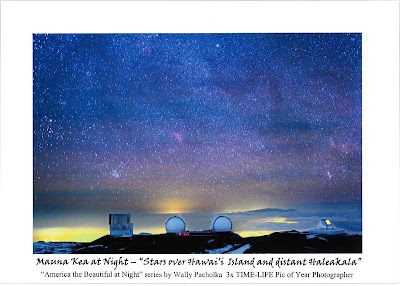 A LIGHT POLLUTION BILL designed to make Hawai`i a “Starlight Reserve.” It would have required new and replacement outdoor light fixtures to be fully shielded beginning on July 1, 2013. It specified that replacement of existing roadway lighting may be partially shielded under certain conditions.
The bill stated that “the Legislature finds that the night sky is a tremendously valuable natural and cultural resource for the residents of Hawai`i, and for visitors to Hawai`i. The dark night sky has tremendous scientific value for astronomy, and is vitally important for endangered species in Hawai`i, including birds and turtles. Mauna Kea, on the island of Hawai`i, is the best astronomical observatory site in the northern hemisphere.
Unnecessary light pollution is threatening the dark night sky over the Hawaiian islands. This light pollution includes sky glow, energy waste, glare, light trespass, visual confusion, and environmental harm. Light can travel enormous distances through the Earth’s atmosphere, and therefore does not respect county boundaries, the bill that passed the Legislature stated.
While the University of Hawai`i and the telescope companies and a number of citizens testified for the bill, there were calls for delay in passing it because of concerns about the cost during tough economic times.

COUNCIL MEMBER BRITTANY SMART said she supports the 2 percent fund to purchase land for preservation but decided the money taken from property taxes to conserve lands for the public could be reduced to 1.5 percent for this fiscal year in order to help pay for retirement benefits for county workers. She said she worries that failing to set aside the money for future retirees could not only threaten the county’s ability to pay retirement benefits but could also threaten the county’s good bond rating. She voted for the 1.5 percent clause during Council budget deliberations in early June. This was a compromise, as the Council had been considering reducing it to 1 percent, she noted.
Last Friday, Smart explained, she voted on an entirely separate issue, along with seven of the other nine Council members to change the county code to require a minimum of 1 percent of property tax income to be put in the land use fund. The wording matches the County Charter amendment passed by voters in the last election that requires at least one percent of property tax income be used for purchasing lands for conservation. She also said she supports Council member Brenda Ford’s Charter Amendment effort to restore the fund to 2 percent of property taxes received.
THE DEADLINE TO SIGN UP to be part of the Na`alehu Independence Day Parade is this Friday, July 1. The parade starts at the Hongwanji and travels down Hwy 11 to the school on Saturday, July 2, beginning at 11 a.m. It is sponsored by `O Ka`u Kakou. Call 929-9872 to sign up.
The Volcano Parade is on Monday, July 4 at 9 a.m. starting at the Volcano Post Office on Old Volcano Hwy. Participants can show up at 8 a.m. Call 967-7800.
THE COMMUNITY BOOKSTORE at Kauaha`ao Church in Wai`ohinu is open tomorrow and every Wednesday from 10 a.m. to 3 p.m. Call 938-0411 for more information.
THE PAPAHANAUMOKUAKEA MARINE NATIONAL MONUMENT is the topic at After Dark in the Park tonight at 7 p.m. at Kilauea Visitor Center Auditorium in Hawai`i Volcanoes National Park. UH graduate Jennifer Nelson discusses the Northwestern Hawaiian Island Chain, which is the single largest conservation area under the U.S. flag and one of the largest marine conservation areas in the world.
Posted by The Ka`u Calendar at 10:34 AM Links to this post