KA`U HOMEOWNERS whose houses are underwater, meaning their value is lower than their mortgages, may be able to get some relief from their lenders. Last week, the federal government announced that Hawai`i will receive $71 million as part of a $25 billion settlement between the fed and five mortgage companies accused of abusing the foreclosure process, fraud and unscrupulous lending practices. Hawai`i attorney general David M. Louie said the the settlement “puts a stop to the bad practices of many banks, and puts into place a comprehensive set of reforms for how banks must treat homeowners with mortgages.”
About $8.2 million is expected to go directly to homeowners who have the following mortgage holders, which can be contacted: Bank of America, Wells Fargo, JP Morgan Chase, Citigroup and Ally Financial.
THE KA`U REGIONAL DISASTER SHELTER AND GYM plan will be available for public comment for 30 days beginning Feb. 23, according to Tammy Kapali, who is working on the Environmental Assessment for consultants PBR Hawai`i. The EA will be posted on the state Department of Health website under the Office of Environmental Quality Control’s public notice section.
The community facility, which will be run by the county Department of Parks & Recreation, will serve as the Ka`u High and elementary school gymnasium, a public gymnasium, community events venue, community sports and activities center, and a shelter from vog and other natural disasters. It will be the only FEMA-certified disaster shelter in all the District of Ka`u.
The plan should reveal how much of the facility will be equipped with air cleaners for vog, how much of the land around the building will be paved for parking and whether there will be lighting that protects the clear night skies of Ka`u. The planners, Mitsunaga & Associates, have promised a traditional-looking building that fits in with the historic village architecture. Whether there will be photovoltaic panels to cut the cost of electricity during normal use and to generate electricity during a disaster, since Ka`u is far away from power plants, should also be revealed when the study is published.
The disaster shelter and gym complex is being built with more than $17 million in state money released to the county after being funded by the Legislature primarily as a disaster shelter.

MUSICIANS WHO FREQUENT KA`U with performances, classes and music workshops are attending the Grammy Awards tonight in Los Angeles. George Kahumoku, Jr. is up for a Grammy for Wao Akua: The Forest of the Gods. The album, in the top five for the Regional Roots category is Hawaiian slack key guitar instrumentals. It is aimed at instilling “a sense of peace, harmony, and lokahi (unity), found within the Wao Akua, the Forest of the Gods,” he said.
Keoki Kahumoku, who is traveling with his father to the Grammys today and performed on five Grammy-winning Hawaiian albums, said that even though Hawaiian music and many other regional genre categories were dropped this year, he is happy to see Hawaiian albums still being nominated in the more general categories.
Daniel Ho, who has taught music composition in Ka`u, is up for Best Pop Instrumental Album for E Kahe Malie. The traditional and original compositions are arranged and performed for solo piano. See more at www.danielho.com. 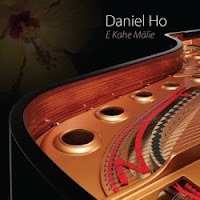 The Descendants, which also has music from such composers as Dennis Kamakahi and performers like Cyril Pahinui, who also teach in Ka`u, could be up for Grammys in 2013.

HANA HOU RESTAURANT has early Valentine’s Day specials today from 4 p.m. to 7 p.m. The menu includes prime rib, fresh ono, pork tenderloin and surf and turf combos. On Tuesday, the specials will be available from 5 p.m. to 8 p.m. Call 929-9717 for reservations.

SOUTH SIDE SHAKA’S has Valentine’s Day dinner from 5 p.m. to 9 p.m. on Tuesday. The menu includes prime rib and crab. Call 929-7404 for reservations.

LITO ARKANGEL entertains during Valentine’s Day dinner at Kilauea Military Camp’s Crater Rim Café. Seating starts at 5:30 p.m., and dinner is at 6 p.m. Hawai`i Volcanoes National Park entrance fees apply. Call 967-8356 for reservations.
CAPT. KIKO JOHNSTON-KITAZAWA, of Honu`apo, takes the audience on a voyage of Hawaiian canoes, from the first arrivals to working fishing vessels, giant war canoes and the sleek modern racing craft of today, at After Dark in the Park on Tuesday at 7 p.m. Na Wa`a: The Canoe is an epic, multi-generational presentation on Hawaiian canoes, their various methods of construction, and the formative influence of the canoe on Hawai`i’s past, present, and future. After Dark in the Park takes place at Kilauea Visitor Center Auditorium in Hawai`i Volcanoes National Park. Two-dollar donations support park programs, and park entrance fees apply.
SEE OUR SPONSORS AT WWW.PAHALAPLANTATIONCOTTAGES.COM AND WWW.KAUCOFFEEMILL.COM.
Posted by The Ka`u Calendar at 10:13 AM Links to this post