A FIREWORKS SHOW ON JAN. 1 WILL GO ON this year on the grounds of the old hospital in Pahala. This New Year’s Day evening event was dark in 2011 and 2012 because of funding cuts, but Rodney Freitas and his Big Island Klimate Kontrol team will blast off the New Year by selling dinner plates beginning at 6 p.m. tomorrow evening to raise money for the event. The fireworks show will fill up the sky at 8 p.m. The location is between Maile and Huapala along Pikake Street. Freitas is a professional fireworks man who has been responsible for shows on O`ahu and in Kona, as well as the resorts along the Kohala Coast. To donate, call 987-8917. Freitas said the show in Pahala costs more than $7,500.

JAMAE KAWAUCHI, who grew up in Ka`u, is the new westside Deputy Prosecuting Attorney, reporting to newly elected County Prosecuting Attorney Mitch Roth. Kawauchi is assigned to the Kona office. Roth said this morning that he has admired Kawauchi’s experience as a private attorney and her willingness to help community organizations and kupuna. “When I have worked with community groups the past, she has been one of the attorneys who has always helped. She never turned us down.”
Roth said that “the appointment has nothing to do with politics. Jamae has been there helping people in the community, including pro bono work.”
Roth himself is known as a prosecutor who attempts to prevent crime through working with community organizations on Neighborhood Watch, education and other community-based initiatives.
Kawauchi most recently served as County Clerk after being nominated by former County Council chair Dominic Yagong and confirmed by the Council and Mayor Billy Kenoi.
She is the daughter of David Kawauchi, a retired police officer, and Jamie Kawauchi, who is retired from the Office of Hawaiian Affairs.
Jamae Kawauchi is a graduate of Kamehameha Schools and University of Hawai`i Richardson School of Law. She is a former Harvard University fellow and served as assistant director of Harvard Medical School’s Center of Excellence in Minority Health and Health Disparities. She is a former president of the County of Hawai`i Bar Association. She also served on the County Charter Commission.
In private practice, she was a business and civil attorney who worked with Carlsmith Ball and Tsukazaki, Yeh and Moore before establishing her own law practice.

HAWAI`I’S DELEGATION TO CONGRESS will meet soon to strategize for the upcoming 2013 U.S. Congress for which Hawai`i has junior senators and House of Representatives members, following a half century of clout built up by the late Sen. Daniel Inouye, retiring Sen. Dan Akaka and former Rep. Neil Abercrombie who quit to become governor.  Newly appointed Senator Brian Schatz spoke with Senator-elect Mazie Hirono over the weekend and announced that the Hawai`i delegation will meet as soon as all members are in Washington, D.C.
Schatz is already on the job, having flown on Air Force One with Pres. Barack Obama to Washington on Dec. 26, the day he was appointed to fill Inouye’s post.
“These are difficult times, and it is incredibly important that we unify around what is best for Hawai`i, and every indication so far is that we are going to be able to do that,” Schatz said.  The new U.S. Senators official websiet is up at www.senate.gov/senators/112/Schatz_Brian.htm.

STAFFING POSITIONS FOR U.S. SEN. BRIAN SCHATZ are open for applicants. Schatz announced in a statement yesterday that “getting my office operational and building our team is essential, and we’ve made good progress in a very short period of time.”
“We will be receiving resumes of people interested in serving in either our Washington, D.C. or Hawai`i offices. We’re looking for talented, energetic and public-minded people who want to serve their state and their country,” he said.
Resumes should be sent to: senatorschatz.jobs@gmail.com.
The deadline for receipt of resumes is Friday, Jan. 4, 2013. Applicants should indicate whether they are applying for positions in Hawai`i, D.C. or both.


A NEW ATHLETIC TRAINER LAW passed by the state Legislature goes into effect tomorrow, Jan. 1. The legislation states that Hawai`i was one of three states in the country that did not regulate the practice of athletic training. It contended that lack of regulation created a risk to the population as trainers losing or unable to become licensed elsewhere were attracted to moving here. The bill said that it was particularly important to establish regulations since many trainers work with school children.
Under the new law, unlicensed people are prohibited to attach the words athletic trainer to their names. Licensing is through the Department of Commerce and Consumer Affairs, and the license costs $388. It is valid through Dec. 31, 2015. Certification is required from the National Athletic Trainers Association Board of Certification, Inc. Classes are available online. For more, see http://hawaii.gov/dcca/pvl/programs/athletictrainer. 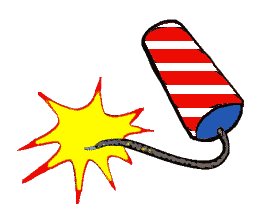 PEOPLE SETTING OFF FIREWORKS TONIGHT are subject to many laws and restrictions promoting safety. Fireworks are permitted from 9 p.m. this evening to 1 a.m. tomorrow morning. Consumer fireworks include certain firecrackers, snakes, sparklers, fountains, cylindrical or cone fountains, illuminating torches, bamboo cannons, whistles, toy smoke devices, wheels, ground spinners, and novelty items.
It is illegal to offer for sale, sell, or give away any consumer fireworks or display fireworks to a minor. It is illegal for any minor to possess, purchase, set off, ignite, or explode any consumer fireworks or display fireworks, except that minors may use consumer fireworks while under the immediate supervision and control of an adult.
It is unlawful for any person without a permit issued by a county fire department to throw any ignited fireworks from, at, or into a vehicle; at a person or an animal; and from above the first floor of any building. It is also unlawful to set off, ignite, discharge, or otherwise cause to explode any fireworks above the first floor of any building; in any vehicle; at any time not within the periods for use; within one thousand feet of any operating hospital, licensed convalescent home, licensed home for the elderly, zoo, licensed animal shelter, or licensed animal hospital; in any school building, or on any school grounds and yards without first obtaining authorization from appropriate school officials; on any highway, alley, street, sidewalk, or other public way; in any park; on any public beach; in any officially designated forest or wildlife preserve; within fifty feet of a canefield; or within one thousand feet of any building used for public worship during the periods when services are held; and within five hundred feet of any hotel.

HAWAI`I ELECTRIC LIGHT COMPANY urges the public to use caution when using fireworks. Carefully set up and use fireworks in an area clear of overhead power lines. Do not string fireworks on utility poles. If using a ladder, pole, or tie lines to set up fireworks, keep a 10-foot clearance from power lines. Power lines are energized and not insulated and could cause a serious electrical shock, burn, or electrocution. If an object should become entangled in an overhead power line, don’t try to free it. HELCO’s trouble line can be reached at 969-6666.

HAWAI`I POLICE DEPARTMENT CONTINUES DUI roadblocks and patrols islandwide. Almost twice as many traffic fatalities occurred in 2012 as in 2011.

VOLCANO AWARENESS MONTH begins tomorrow, with Hawai`i Volcanoes National Park and U.S. Geological Survey’s Hawaiian Volcano Observatory offering programs throughout January that focus on the importance of understanding and respecting the volcanoes on which we live. Each Tuesday except tomorrow, the park offers After Dark in the Park programs at 7 p.m.
Other programs are scheduled at UH-Hilo as well as in Ka`u, South Kona and Puna. Visit hvo.wr.usgs.gov for more information.