A NEW SENATE SEAT would be created for the Big Island, splitting the district now represented by Sen. Gil Kahele, if new maps from the state Reapportionment Commission are approved. Like the new House of Representative District, the boundary would split Ka`u near Punalu`u. Punalu`u and Pahala residents would vote for state senator with residents in Volcano and Puna in Senate District 2, while Na`alehu, Kalae and Ocean View residents would vote with residents all the way through Kona to the Kohala Coast.
The House District would put incumbent Rep. Bob Herkes in a district that includes Punalu`u, Pahala, Volcano, Mountain View and the communities along Hwy 11 to Hilo. The maps will be unveiled today by the state Reapportionment Commission in Honolulu. One public hearing is planned for the Big Island to go over the redistricting. It will be held on Tuesday, Feb. 21 at 6 p.m. in the Hawai`i County Council Chambers. The Reapportionment Commission created the new maps after the Hawai`i Supreme Court ordered it to deduct the non-resident military, student and incarcerated population from the census which had led to less representation per resident on the Big Island.
KA`U FARMERS can illustrate the importance of the farm economy in the district by filling out and returning the agricultural census forms being distributed in the mail by the federal government. The National Agricultural Classification Survey asks landowners whether they are farming and for basic farm information. It is one of the steps to determine who receives the Census of Agriculture report form.
The Census of Agriculture is a complete count of U.S. farms and ranches and the people who operate them.
“We are asking everyone who receives the NACS to respond even if they are not farming so that we build the most accurate and comprehensive mailing list to account for all of U.S. agriculture in the Census,” said survey director Renee Picanso. “The Census is the leading source of facts about American agriculture and the only source of agricultural statistics that is comparable for each county in the nation. Farm organizations, businesses, government decision-makers, commodity market analysts, news media, researchers and others use Census data to inform their work,” she said.
All information reported by individuals is kept confidential. The 2012 Census of Agriculture will be conducted later this year, and data will be collected into early 2013. For more information about NACS, the Census of Agriculture, or to add your name to the Census mail list, visit www.agcensus.usda.gov.
THE PHYSICIAN RESIDENCY PROGRAM for this island was passed unanimously out of the state House of Representatives Committees on Health and Education yesterday. University of Hawai`i – Hilo Chancellor Donald Straney testified that he supports funding for the Rural Medical Residency Program. He said it “has an established and operating program to alleviate the severe physician shortage on Hawai`i Island. Funding will greatly increase and improve the quality of health care for people on the Island of Hawai`i. This program is a solution to attract, train and retrain doctors to be comfortable living in a rural setting, be more cognizant as well as understand the challenges that our island faces in terms of accessing and delivering quality health care.” The residency program is located at Hilo Medical Center, a sister organization of Ka`u Hospital & Rural Health Clinic.
Rep. Bob Herkes was a co-author of the bill. The amount of funding is yet to be determined as the bill moves into Finance and other committees at the 2012 Legislature.
THE VOLCANO PROJECT celebrates three years this Sunday of presenting its mission at the weekly Volcano Farmers Market. The organization has been promoting its vision of Volcano House becoming a nonprofit hospitality educational center and culinary institute and has applied for the concession contract for the hotel and restaurant. Founder David Howard Donald said this Sunday will mark the 156th week of meeting with the public at the Volcano Market. He and co-founder Anne Lee said they hope to hear soon from the National Park Service on the selection of the new concessionaire for Volcano House. See more at http.//volcanoproject.org.
KEIKI, GRADES K-8, are invited to submit ocean artwork, poems and short stories to Hawaiian Islands Humpback Whale National Marine Sanctuary by noon on March 15. February is Humpback Whale Awareness Month in Hawai`i. “The humpback whale represents the diversity of ocean life that surrounds the Hawaiian Islands and reflects the deep connection the people of Hawai`i share with the ocean,” said Gov. Neil Abercrombie.
For the month of February, the sanctuary offers daily trivia for the public to test their knowledge. In light of Valentine’s Day, yesterday’s trivia question was, “who has the final say in choosing a mate… the male or the female humpback whale?” The answer is “scientists believe it is the female who makes the final decision. As you know, the warm shallow waters of the Hawaiian Islands are the only place in the U.S. where humpback whales mate, calf and nurse their young.” For more visit http://hawaiianhumpbackwhale.noaa.gov. 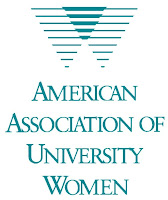 FEMALE KA`U HIGH SCHOOL SENIORS are eligible to apply for the two American Association of University Women’s $2,000 scholarships this spring. Applications are open to students who will attend two- or four-year colleges or universities this fall. Criteria includes academic achievement; involvement in extracurricular high school activities, community organizations, and/or employment experience; educational and career goals; and financial need. Applications must be postmarked by April 18 and are available from high school counselors or online at www.aauwkona.org. Founded in 1881, AAUW is the oldest and largest women’s organization in the country. It promotes equity, education and self- development over the life span of women, and positive societal change.
AAUW stages the Girls Exploring Math and Science program for fifth-grade girls and the Women In Transition program to assist those wanting to re-enter the workforce or upgrade their skills for better career opportunities. For more, contact Toni Rimer, AAUW Kona Branch Scholarship chair at tonirimer@yahoo.com.

GOLFERS CAN STILL SIGN UP for the annual golf tournament to benefit Ka`u Hospital on Friday at Volcano Golf and Country Club. Contact Ron Young at 987-2761 or youngron19582@yahoo.com.

SEE OUR SPONSORS AT WWW.PAHALAPLANTATIONCOTTAGES.COM AND WWW.KAUCOFFEEMILL.COM.
Posted by The Ka`u Calendar at 10:22 AM Links to this post