KILAUEA LAVA, FINGERING OUT as Pele sends her flow toward the ocean, continued to threaten more of Pahoa and communities beyond the village this morning. A Civil Defense map shows the larger context of the flow that burned down a house yesterday. Despite the leading edge of the lava flow cooling down and hardening, fingers and lobes upslope widened the path downhill, one of them taking out a house yesterday on the edge of Pahoa where a family packed up their belongings and their horses and moved in October.
The County Civil Defense briefing this morning stated that the "flow front remains stalled with very little activity and has not advanced. The front remains approximately 480 feet from the Pahoa Village Road."

However, three active breakouts continue to advance and be monitored in the area of the cemetery below Apa’a Street, above Apa’a Street in the area west or upslope of the transfer station, and .4 miles upslope of Apa’a Street.
Smoke conditions were moderate to heavy with light trade winds blowing in a south southwest direction towards the Leilani and lower Puna areas. "Smoke conditions may increase in some areas and residents down wind that may be sensitive or have respiratory problems are advised to take necessary precautions and to remain indoors," Clvil Defense stated, also noting that the evacuation advisory for residents down slope of the flow will continue and residents will be kept informed of the flow status and advancement. Pahoa Village Road between Apa’a Street and the Post Office Road remains "closed and limited to area residents only."
However, other roads into Pahoa are open and many restaurants and other businesses are open. To comment on or like this story, go to facebook.com/kaucalendar.

`AINA KOA PONO, the project that could have built a refinery on the edge of Wood Valley and taken over pasture and farm lands to grow biofuel between Na'alehu,and Pahala, came up in a Pacific Business News story today. The article, by Duane Shimogawa, said the reappointment of Mina Morita, Chair of the state Public Utilities Commission, which twice turned down 'Aina Koa Pono's proposed contract with the electric company to sell biofuel at prices higher than the cost of oil, is unsure. Gov. Neil Abercrombie originally named Morita to the PUC. Whether to reappoint Morita is the decision of governor elect David Ige. PBN wrote: "Many in the energy industry had applauded Abercrombie's appointment of Morita, who is known as a strong advocate and expert on clean energy."

"But some questioned her leadership in a PUC decision denying the 'Aina Koa Pono project's 20-year Big Island biofuel supply contract with Hawaii Electric Light Co."
Ige, himself an engineer, said during a general election campaign stop in Pahala that he would study the 'Aina Ko Pono issue. The county opposed the AKP contract based on its increase in the cost of electricity. Mayor Billy Kenoi said he sought less expensive alternative energy solutions.
According to PBN, "A spokeswoman for Ige told PBN recently that the chair position of the PUC, as well as other appointed positions, will be subject to an application process."
During the primary election campaign, Ige said he supported Morita. A piece in the Feb. 21 Honolulu Star Advertiser by political columnist Richard Borreca reported that Morita chaired the state House committee on energy for years before giving up her elected position to serve the PUC when she received Abercrombie’s appointment. Borreca recalled the governor's promise to make the PUC an “Hawai`i Energy Authority that is independent from the utility and from political considerations," saying this "is what Hawai`i needs to move us quicker to a clean energy future."
Borreca's story quoted chair of the state Senate's Consumer Protection Committee, Sen. Roz Baker, describing Morita: "She is collaborative, well grounded in policy and she has the respect of both the energy users and the energy producers; she clearly has the credentials. She was, and is, a good PUC chair and I think she should stay."
Borreca also gave his opinion on the Morita issue in the context of the gubernatorial election. "Environmental issues and voters attuned to supporting politicians with strong pro-environment records are not a group to be offended. Abercrombie will have to consider all that, because when asked if he would reappoint Morita if he were governor today, state Sen. David Ige, Abercormbie's Demoocratic opponent, said, "'I would reappoint her,'" wrote Borreca. To comment on or like this story, go to facebook.com/kaucalendar.

FRIENDS OF KA'U LIBRARIES will host its biannual fundraiser this Saturday, Nov. 15 at the annual Kauaha'ao Congregational Church Bazaar in Wai`ohinu. The fundraiser booth will be open from 9 a.m. to 2 p.m. Donations of books, CD’s, DVD’s, baked goods, and rummage items are welcomed and can be dropped off that morning from 8 a.m to 8:45 a.m. They can also be dropped off in: Naalehu at Ka`u Realty across from Punalu`u Bake Shop, Wednesday to Friday; at Pahala Hongwanji, Thursday and Friday from noon to 5 p.m. Volunteers are welcome to help on Saturday at the Bazaar to set up tents andtables at 8 a.m. and sales shifts from 9 a.m. to noon and noon to 3 p.m. (includes cleanup).
The primary purpose of Friends of the Ka`u Libraries is to financially support the district's two public libraries and to provide volunteers as needed. Call President Ann Fontes at 987-7448 to donate, volunteer or findmout more. To comment on or like this story, go to facebook.com/kaucalendar.

KMC’S VETERAN’S DAY CEREMONY begins at 3 p.m. today on the front lawn. Keynote Speaker is BG James Carpenter, of Hilo. Guest speaker is Master Sgt. Brian Jordan, also of Hilo. Refreshments follow the ceremony, which is free and open to the public. For more information, call 967-8371.

KA`U RESIDENTS WANTING TO PARTICIPATE in Friends of Hawai`i Volcanoes National Park’s Forest Restoration Project on Friday Nov. 14 from 8:30 a.m. to 1 p.m. should register by today. Volunteers clear invasive weeds around native seedlings on the Mauna Loa Strip. Register at 985-7373 or forest@fhvnp.org.

HAWAI`I WILDLIFE FUND HOSTS a Ka`u Coast Cleanup Saturday, Nov. 15. Volunteers meet at 7:45 a.m. at Wai`ohinu Park to carpool and caravan to the site. Sign up with Megan Lamson at 769-7629 or kahakai.cleanups@gmail.com.
HWF is one of five nonprofit organizations chosen by Subaru for their annual Share the Love campaign. Facebook users are asked to go to the Subaru Hawai`i page daily and vote for HWF.
“We will use funds to protect native wildlife,” Lamson said. 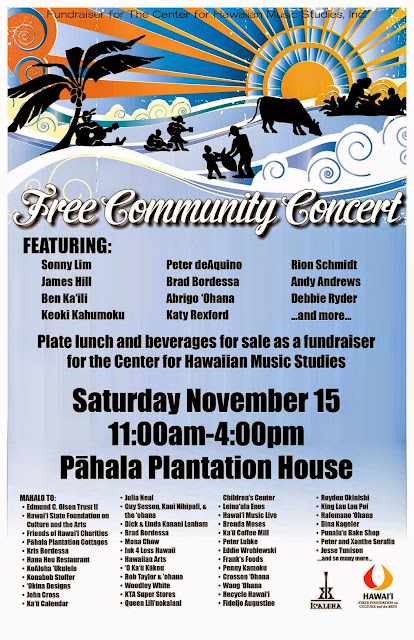 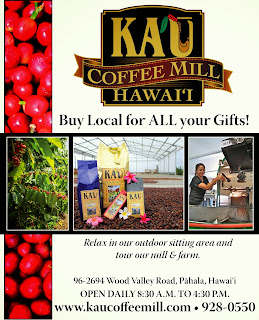 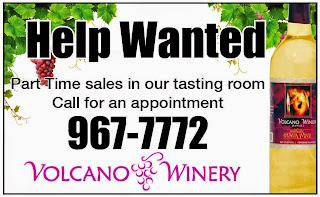 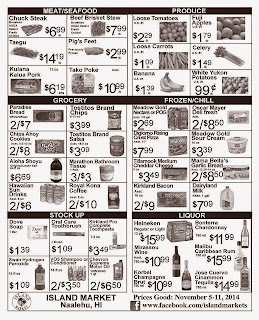 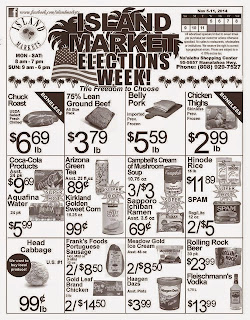 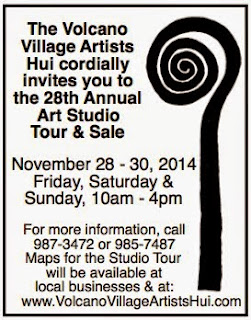 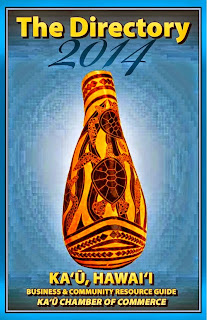 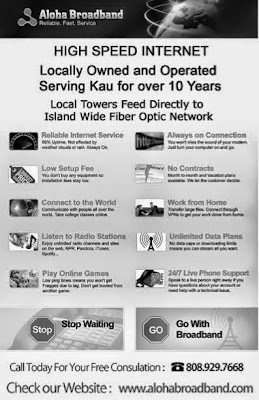