FEDERAL RACE TO THE TOP FUNDING is threatened by the teachers union voting to turn down a proposed six-year contract with the state. The fed warned the state that $75 million could be cancelled if significant changes are not made in the school system. 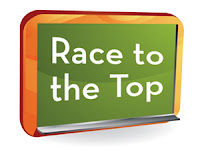 The proposed contract has competency requirements for teachers that include tying their status to the success of students. Some teachers said this could be unfair to teachers in schools and classrooms where students have many challenges. It also called for pay increases after keeping pay cuts in place for several years. The Hawai`i State Teachers Association leadership had approved the contract and sent it to a vote, but teachers rejected it in a two-to-one vote.

EASING OF VISAS from China, India and Brazil could bring more visitors here, according to the Hawai`i Tourism Authority, commenting on Pres. Barack Obama’s tourism speech yesterday. The Chinese opportunity is particularly important to Hawai`i, and tourism authority chief Mike McCartney said it could lead to an additional 150,000 jobs statewide. Obama promised to fast-track changes to the visa process for people coming from these countries to make it easier for them to go on vacation in the U.S.
ELECTRIC CARS FOR THE COUNTY is a new pilot program, and the County Council Finance Committee approved $41,863 in funding, which came from a rebate from the Hawai`i Energy Efficiency Program. This follows another $70,000 in funding, according to a Nancy Cook Lauer story in this morning’s Hawai`i Tribune Herald. The story says the first pilot project will be set up at West Hawai`i Civic Center, where carports already have solar panels where county vehicles can plug into charging stations. The county currently uses about $1.5 million in gasoline and diesel each year, at an expense nearing $10 million, with increasing fuel costs. The Cook Lauer story quotes Laverne Omori, who is deputy director of the county Department of Research and Development, saying, “Utilization of power from the sun to charge electric vehicles will stabilize county fuel cost, promote new transportation industry in the community and allow county government to lead by example.” 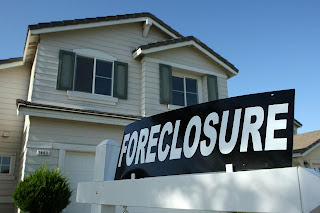 REP. BOB HERKES’ LAW against unfair foreclosures has forced lenders to choose between mediation or court proceedings before homes are taken away and has helped keep people in their houses, according to the Mortgage Foreclosure Task Force member Jeff Gilbreath. He told members of both the state House and Senate Consumer protection Committees yesterday said that the latest Realty Trac report shows a 53 percent drop in foreclosures in Hawai`i. Before the legislation was passed, Hawai`i was 11th in foreclosures nationwide. Herkes accused mortgage holders, including Bank of America, of unfair practices that led to people being thrown out of their houses without even knowing a foreclosure was pending. He said that lenders refused to negotiate with homeowners, even those who had good jobs and the ability to pay toward the debt, but their houses were underwater because of the crash in the real estate market. This came after the same lenders gave loans for overpriced houses to people who could not really afford them. Legislators said they will study this session whether additional legislation could help prevent predatory lending to people desperate to save their homes. Educating prospective homebuyers and people looking to refinance was suggested as part of the solution.
THE NEW OFFICE OF HAWAIIAN AFFAIRS CEO is Dr. Kamanaopono Crabbe, who succeeds Clyde W. Namuo, who retired after a decade on the job. Crabbe, 48, “steps in at a time when OHA is strengthening its focus on a number of initiatives aimed at improving conditions for Native Hawaiians,” says an OHA statement. Chairwoman Colette Machado said the appointment “enables a smooth leadership transition at OHA. Kamanao has an outstanding reputation for organization and managing by consensus.”
Crabbe joined OHA’s executive team in November 2009 as research director. He came to OHA from the Waianae Coast Comprehensive Health Center, where he served as a licensed psychologist and director of training.
He has long-served the Native Hawaiian community and the residents of Hawai`i in the area of clinical psychology, family therapy and Native Hawaiian health research. He is a graduate of Kamehameha Schools and received his undergraduate and graduate degrees from the University of Hawai`i at Manoa.
“OHA is guided by a vision and mission to ensure the perpetuation of the culture, to protect the entitlements of Native Hawaiians, and to build a strong and healthy Hawaiian people and nation,” the statement says.

ISLAND RESIDENTS AND VISITORS are invited to tour Hawaiian Volcano Observatory and interact with HVO scientists at an open house on Saturday from 9 a.m. to 4 p.m. The observatory, which is not usually open to the public, is celebrating its 100th anniversary. A schedule of activities for the open house is online at hvo.wr.usgs.gov.
KA`U HIGH BOYS BASKETBALL TEAMS hosted Kamehameha yesterday. The junior varsity team won 47-40, with Larry Al-Navarro scoring 17 points.
Kamehameha’s varsity team won with a score of 72 to Ka`u’s 30. Holden Galigo was high point scorer with seven.
Posted by The Ka`u Calendar at 10:54 AM Links to this post