THE COUNTY COUNCIL voted unanimously yesterday to ask the state Legislature to abolish the new Public Lands Development Corp. that allows private enterprise to develop state lands under the auspices of the state Department of Land & Natural Resources. Originally seen as a way for the state to raise revenues, the PLDC faced stiff opposition at public hearings this summer around the islands, and Kaua`i’s County Council recently passed its own amendment asking for the PLDC to be abolished.
On this island, the resolution was introduced by Council member Brenda Ford, who argued that it diminishes home rule as it allows the state and private partnerships to avoid county zoning and building regulations. Most of those who testified opposed the PLDC. 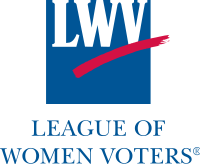 A FULL INVESTIGATION OF PROBLEMS with the Aug. 8 primary election has been requested by the County Council. It voted 9-0 yesterday to endorse a Big Island League of Women Voters request to ask “the state Elections Commission to investigate what went on. Big Island voters need to be able to trust that their vote counts, but indicators are that voters’ faith in the system has now been shaken,” the League request stated.
The resolution was introduced by Council member Angel Pilago, and Ka`u Council member Brittany Smart said she supports a state investigation to research the problem. The state elections division said earlier this week that it will take over the administration of the general election Nov. 6, requiring County Clerk Jamae Kawauchi to give over most of her election preparation responsibilities.
Kawauchi was expected to go to Honolulu today to meet with the lawyers from the state Attorney General’s office and representatives of the state elections office to discuss the issues.
Kawauchi and the elections division defended themselves after ballots arrived late at some precincts and other glitches occurred during the primary election.

HAWAI` COUNTY COUNCIL passed a bill banning geothermal drilling at night on its first reading. At issue is drilling at Puna Geothermal Venture's location outside Pahoa. The bill, which would ban drilling between 7 p.m. and 7 a.m. within a mile of residences, is in response to complaints from neighbors.
In today’s Hawai`i Tribune Herald, Tom Callis reports that, according to PGV attorney Thomas Yeh, Council actions can’t be retroactive and therefore would not apply to the permit, which was already approved by the Windward Planning Commission. However, PGV plant manager Mike Kaleikini said future drilling would require additional permits from the state. In that case, the bill may apply to future drilling.
Drilling of the well was completed in July, and Kaleikini said more drilling is not currently planned.
The proposed bill’s second and final reading is expected to be on Wednesday, Oct. 17.


THE NEW KA`U GYMNASIUM & DISASTER SHELTER in Pahala will be under construction soon, and the county and Summit Construction plan to build an eight-foot barrier around the building site to help protect adjacent homes and the school facilities from dust, noise and construction activity.
The 37,827-square-foot gym and separate 4,354-square-foot multipurpose complex will be built on the field between the Pahala tennis courts and school cafeteria. It will be a category three hurricane-hardened disaster shelter as well as a gymnasium for school and community sports.
Those who attended the groundbreaking yesterday are well aware of the rugged terrain and natural risks that riddle life in Ka`u. Hawai`i Tribune Herald writer Peter Sur pointed out that the groundbreaking ceremony served as a reminder, “from the light veil of vog that hung over Ka`u like a blanket to the charred trees across the street from Ka`u hospital” from the summer fires that surrounded the village. “Pahala has been subjected to brush fires, earthquakes, volcanic gases and the occasional passing hurricane, but there wasn’t any Federal Emergency Management Agency-approved shelter to hold displaced residents,” Sur wrote.
The new gymnasium is expected to become part of small, independent business development for Ka`u, as tournaments for volleyball and other sports come to the community for weekend and longer stays, and concerts and events are held in the facility, supporting vacation rentals, restaurants and local food and gift shops, as well as the Ka`u Coffee Mill and farmers. The gym and recreational facilities themselves will require employment for management and upkeep. 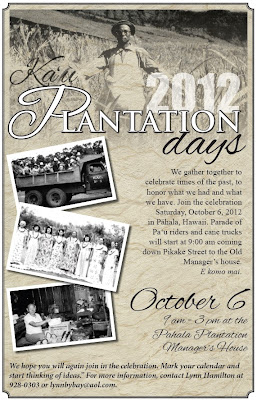 KA`U CHAMBER OF COMMERCE’S art show and contest for The Directory 2013 continues through Saturday at CU Hawai`i in Na`alehu. Hours are 9 a.m. to 5 p.m. today, 9 a.m. to noon tomorrow and 9 a.m. to 11 a.m. on Saturday. The adult winner of the popular vote will be featured on the cover of The Directory 2013. All first-prize winners will appear inside with appropriate credit given.

KA`U PLANTATION DAYS is Saturday in Pahala, with cane haul trucks and pa`u riders traveling down Pikake Street to the manager’s house where displays, photos, storytelling, food and dance are available from 9 a.m. to 3 p.m. For more information, contact Lynn Hamilton at 928-0303 or lynnbybay@aol.com.

Posted by The Ka`u Calendar at 12:56 PM Links to this post