TAX RELIEF WAS EXTENDED FOR THE MIDDLE CLASS yesterday, and the bill could be signed by autopen, as Pres. Barack Obama returned to Hawai`i overnight to join his family vacation. “The robotic device that replicates the president’s signature has been used by Obama twice, both times when he was overseas,” reports U.S.A. Today. The alternative is to fly the paperwork from Washington to Hawai`i for the President to sign it.

In averting the Fiscal Cliff, the U.S. House of Representatives voted 557 to 167. Rep. Mazie K. Hirono said, “This legislation is much more balanced than proposals House Republicans have pushed over the past year. It keeps tax rates low for middle class families while asking the wealthiest among us to chip in a little bit more. It preserves tax credits that help make education affordable and support strong families, and extends unemployment insurance for those still looking for work.
“It also creates stability in the tax system so businesses small and large can make investments in the future and have access to incentives to help advance areas like clean energy. The bill also supports our seniors by making sure that doctors who serve Medicare patients get fairly compensated. In addition, the bill provides another two months to reach a balanced compromise to avoid the across-the-board cuts known as sequestration that we all recognize would hurt our economy. And this bill rightly freezes the pay of members of Congress, who should not receive a raise while our economy is still so fragile.
“While it’s good that this deal is done for now, Congress has a lot more work to do in the coming months. We still have to avoid defaulting on our nation’s debt and avoid the rest of the across-the-board cuts. Failing to address these critical issues responsibly would be a disaster for our economic recovery.
“It is my hope that the governing by gamesmanship will end. If it doesn’t and we continue lurching from one manufactured crisis to another, we’ll be putting our nation’s future in jeopardy. Let us all hope that cooler heads will prevail in the 113th Congress for the good of the people of Hawai`i and our nation,” said Hirono. Hirono takes office tomorrow with a swearing in to become a U.S. senator to take the place of Sen. Dan Akaka, who is retiring.
The legislation now goes to President Obama for his signature. Obama left for Hawai`i this morning at about 1 a.m. Washington time and arrived on O`ahu to join his family at their Kailua vacation home.

U.S. SEN. BRIAN SCHATZ was in Washington to participate in the Senate vote, which passed 89-8 ahead of the House vote.
Schatz, sworn into his new position last week to replace the late Sen. Dan Inouye, said: “The legislation that the United States Senate just passed is not ideal, but the alternative would be disastrous for the middle class in Hawai`i and for the American economy. With this legislation, we can generate some of the needed revenue to fund important programs and prevent a tax hike on lower- and middle-income families. It also puts off damaging cuts to critical safety net programs and the military.
“I’m pleased about the extension of unemployment benefits. While unemployment continues to drop across Hawai`i, tens of thousands of our neighbors still need help getting back on their feet.
“It is important to remember that this crisis was manufactured by a congressional stalemate. We can and must do better. After passing this measure, we should work with President Obama to come up with a balanced approach to our national budget and put us on a path toward long-term economic growth.”

SEN. DAN AKAKA posted an aloha message on his website: “To the People of Hawai`i, the end of my final term in the United States Senate is quickly approaching. As I begin the difficult task of closing my offices, I want to take this time to thank you for allowing me the honor and privilege to serve you for 36 years.
“My dream was to work in a job in which I could help people, and you gave me the opportunity to fulfill my dream. Throughout my career in the U.S. House of Representatives and the U.S. Senate, my priority has always been to do what’s best for Hawai`i and its people. I am proud of my accomplishments on behalf of our federal workers, consumers, veterans and all the people of Hawai`i. You have always been my first and foremost priority. I will always be grateful to the people of Hawai`i and will cherish the time I spent representing you in Washington, D.C. Although I will no longer be able to respond to your letters, please be assured that your views are very important to me. If you are encountering problems with a federal agency or need assistance in resolving a problem, I highly recommend that you contact the other members of the Hawai`i Delegation.
“Again, thank you for the opportunity to serve you and for your trust and confidence in me.” 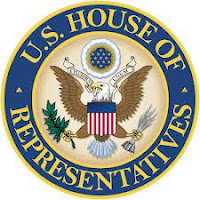 NEW HAWAI`I DELEGATES TO THE U.S. SENATE AND HOUSE of Representatives will take their seats tomorrow for the opening of the 2013 U.S. Congress. The Hawai`i delegates are all Democrats. Democrats make up 55 percent of the Senate and 46.3 percent of the House. The late Dan Inouye has been replaced by Democrat Patrick Leahy as the Senate’s new president pro tempore - third in line for the presidency.
Representing Hawai`i will be freshman Rep. Tulsi Gabbard and returning Rep. Colleen Hanabusa, as well as recently appointed Sen. Brian Schatz and recently elected Mazie Hirono, who left her House seat to successfully run for the Senate.

OWNERS OF 30 ACRES IN DISCOVERY HARBOUR are considering a lodge concept for the property, according to a story in West Hawai`i Today. Before they can develop the property, however, questions about the zoning must be resolved. “We have no specific plans because we don’t have any developers on board yet,” South Point Investment Group partner Gary McMickle told reporter Tom Callis. “Our goal is to get the zoning done properly and go from there.”
Callis reports that a company called Green Sands, Inc. filed a special permit application 44 years ago, but Hawai`i County tabled the issue while finishing its general plan for the area. The plan was finished in 1971, but, says Callis, the permit was never resurrected.
According to Callis, when South Point Investment Group, LLC bought the property in 2009 and sought to use it for commercial development, the Planning Department denied the request, saying the permit was never approved. “It doesn’t appear that the special permit was ever denied,” the hui’s attorney Randy Vitousek told Callis. Vitousek contends that the permit went into effect since it was never formally denied. Callis reports that, according to county planners, the county’s Board of Appeals has decided otherwise and has denied the appeal.
The group plans to continue seeking approval. McMickle told Callis the next step may be to get a judge to decide whether the permit was authorized. Vitousek said the Planning Commission could also be another venue.

FIREWORKS LIT UP THE PAHALA SKIES LAST NIGHT with a show by Big Island Klimate Kontrol. Rodney Freitas and family raised funds at the shopping center, by phone calling and selling plate dinners. The fireworks ended with live music by Deeva and her family and Demetrius Oliveira. The annual event was dark for the last two years but the organizers are hoping to raise enough money to carry on for News Years Day night 2014.

KA`U AND SOUTH KONA RESIDENTS who made New Year’s resolutions to participate more in government can do so at Ocean View Community Center’s remote testimony site. The first County Council meeting of the New Year is a week from today on Wednesday, Jan. 9 beginning at 9 a.m. Committee meetings on Tuesday will also be available at the center. Agendas are online at hawaiicounty.gov.

ALSO SEE KAUCALENDAR.COM AND FACEBOOK.COM/KAUCALENDAR.
Posted by The Ka`u Calendar at 12:01 PM Links to this post