“WE ARE NOT DETERRED from the development of biofuels on the Big Island in any way,” Kenton Eldridge, executive vice president of `Aina Koa Pono, told West Hawai`i Today on Friday. That is the report from Stephens Media reporter Nancy Cook Lauer.
The Public Utilities Commission turned down a proposed contract between `Aina Koa Pono and Hawaiian Electric Company on Thursday, saying that the confidential price was “excessive, not cost-effective, and thus, is unreasonable and inconsistent with the public interest.” In their unanimous decision, the three PUC commissioners said the 20-year contract could deter the use of other more affordable alternative energies.

Life of the Land executive director Henry Curtis put it another way to Stephens Media: “`Aina Koa Pono proposed that HELCO buy biodiesel at about $170 a barrel and that HECO ratepayers subsidize the price.” According to West Hawai`i Today, “that price is more than twice the Nymex Crude Future price Friday of $79.20 a barrel as reported by Bloomberg.com.”
Some community members were concerned about the likely hike in their electric bills. While the increase was expected to be only a couple of dollars a month for the average household, increases in electric bills for businesses and public institutions could have been much higher.
The decision does not mean that `Aina Koa Pono will abandon their plan to build a refinery between Wood Valley and Pahala and a biofuel farm between Pahala and Na`alehu. The company could reapply to the PUC with a new proposal for the electric company.
Hawaiian Electric Co. representatives said they were disappointed with the PUC decision to reject the `Aina Koa Pono contract and would study the decision. HECO spokesman Peter Rosegg wrote: “We are committed to providing a clear market for local biofuels to help landowners and biofuel providers here bridge the difficult and costly start up of production.” He said the utilities have “worked and continue to work with potential local biofuel providers to do this in the most cost-effective way possible. We will redouble our efforts to reach this very important goal.” HECO also announced an agreement with another company that plans to make biofuel from algae on O`ahu.

Instead of biofuel for electricity, `Aina Koa Pono could concentrate on biofuel for transportation. Biofuel could be used to help the military and the public to wean itself from importing fossil fuel to Hawai`i. A new law that passed the 2012 state legislature calls for transportation in Hawai`i to increasingly rely on biofuel.
Federal funding for biofuel has also become available in the last year. Should federal funding be used for the `Aina Koa Pono project, however, a full Environmental Impact Statement would be required. During a community meeting in September, `Aina Koa Pono promised an Environmental Assessment.
`Aina Koa Pono has promised 400 construction jobs to build the refinery and several hundred permanent jobs at the farm and factory.
Regarding the funding of alternative energies, Stephens Media reported that PUC chair Mina Morita said Friday: “There’s a huge policy issue that really needs to be discussed and vetted. Typically when new technology comes through ... it’s the investors who take the risk, or taxpayers if it has broad societal benefits, then taxpayers fund it through research and development."
The PUC ruling states that “the degree to which utility customers should be required to provide financial assurances for indigenous biofuel development, and under what terms and conditions, is a critical policy issue that has not been fully vetted from a regulatory perspective.”

MILOLI`I COMMUNITY MEMBERS met yesterday regarding the proposed Nani Kahuku `Aina resort project on 1,600 acres of mostly conservation land near the ocean between South Point and Hawaiian Ocean View Ranchos. During the meeting sponsored by Pa`a Pono Miloli`i, fishermen said they are worried about the possible impact of runoff from golf courses, fresh water irrigation and other pollutants damaging the fishery along the coast. They said currents could bring such runoff toward Miloli`i. They also talked about the non-profit group that would oversee cultural and environmental programs as well as the protection of Pohue Bay, where endangered hawksbill turtles nest. The board of the nonprofit is comprised of the resort developers.
Attorney Kehau Watson advised the group on responding to the draft Environmental Impact Statement which is available online at the state Department of Health website under the Office of Environmental Quality Control. The deadline for comments on the DEIS is Nov. 6.

CONSERVATION INTERNATIONAL asked Pa`a Pono Miloli`i yesterday whether the community group wants to apply for funding for a community driven project to help restore some of the fish population to make more fish available for the diet of community members. Community members talked about some species being depleted by aquarium fish exporters. Others talked about the condition of the reef. Dr. Kehau Watson talked about Samoa where the people living in an area are allowed to fish while outsiders need permission. There was talk about reviving a Makai Watch, a kind of Neighborhood
Watch for the ocean.

A NEW TRAIL AT THE KAHUKU UNIT of Hawai`i Volcanoes National Park opens next Saturday. The Palm Trail crosses scenic pasture along an ancient cinder cone with panoramic views. A celebration takes place at the trailhead at 10 a.m., followed by a guided hike. Another guided hike begins at 11 a.m. The Kahuku Unit is open weekends from 9 a.m. to 3 p.m. except for the first Saturday of each month.

TODAY IS THE LAST DAY to vote for the cover art for The Directory 2012, the community resource and phone directory sponsored by the Ka`u Chamber of Commerce. Voting on artwork submitted for the competition will continue until 11:30 a.m. today at the Ka`u Federal Credit Union in Na`alehu. The deadline to submit and renew listings and advertising for The Directory 2012 is Oct. 31. Applications are online at kauchamber.org or call 928-6471. 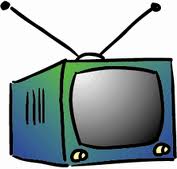 ELECTRONIC WASTE CAN BE dropped off at the Wai`ohinu transfer station today until 4 p.m. This is the first day for the program that will rotate between Wai`ohinu and three other locations each Saturday. E-waste will be accepted at Wai`ohinu on the first Saturday of each month. Items accepted include TVs, monitors, laptops, VCRs, DVD players, stereo equipment, cameras and telephones.