TESTIMONY AGAINST A QUARTER MILE COASTAL SET BACK FOR DEVELOPMENT, considered in the draft of the Ka`u Community Development Plan, was presented yesterday by Chris Manfredi.
Manfredi, a Na`alehu resident, has worked for land investment and development groups that owned some 5,880 acres in Ka`u, including property at Waikapuna bay, the site of a former Hawaiian fishing village. He made his presentation and turned in written testimony during yesterday's Ka`u CDP Steering Committee meeting in Na`alehu. As a member of the public, Manfredi, who formerly managed the Moa`ula Ka`u Coffee lands, pasture and coastal lands, which are now up for sale, presents the following objections in his written testimony:
"The shoreline setback proposed by the CDP is a massive taking of private property rights. If passed, it will expose the County and members of the Steering Committee to legal liability. It is the duty of the (Ka`u CDP) Project Manager and (county attorney) Corporation Counsel to make members of the Steering Committee aware of this fact."
Manfredi also states in written testimony that "This shoreline setback would have a significant impact on the wetland restoration plan being contemplated for Honu`apo Park." Manfredi is a board member of Ka `Ohana `O Honu`apo, which partners with the county in managing the park and fishponds, and his development group that previously owned large tracts of nearby land, gave money toward the purchase of property for the park.
According to Manfredi, the Special Management Area permitting process "that exists along Ka`u's entire coastline provides ample opportunity for coastal preservation while giving the community the opportunity and flexibility to evaluate proposals on a case by case basis." The setback along the coast is currently 40 feet.
The proposed quarter mile setback idea came out of the work of the state legislature''s South-Kona-Ka`u Coastal Conservation Task Force and founders of Ka `Ohana O Honu`apo, as well as through the gathering of public preferences during the Ka`u CDP process.
The Coastal Conservation Task Force was set up by the late Rep. Bob Herkes. Manfredi, who served on the Task Force, also objected to the setback in 2007 when the Task Force made its report to the legislature. Read the Coastal ConservationTask Force document at http://www.state.hi.us/dlnr/reports/SP07-South-Kona-Kau-Task-Force-Rpt.pdf.
In his written testimony regarding the Ka`u CDP, Manfredi also comments on the federal Ala Kahakai National Historic Trail as "an attempt at a land-grab by the Federal Government." Manfredi claims that "During its designation, the National Park Service and notable archaeologists familiar with Ka`u asserted that a coastal trail spanning the entire coastline never existed. Since it was impossible to locate or document the tail system, NPS designated a 'trail corridor'. NPS said the system was 'interpolated' and describe these modern interpolations as 'historic,'" Manfredi proclaims.
For more on the Ala Kahakai Trail Historic Trail and its process to ask permission from landowners for the public to cross their properties on the shoreline walking trail, see www.alakahakai.org and http://www.nationalparks.org/explore-parks/ala-kahakai-national-historic-trail. The trail extends beyond Ka`u into Puna and up the Kona and Kohala Coasts.
Leina`ala Enos, chair of the Steering Committee, said that the group will take up the coastal setback issue at a future meeting and that there are several options, including doing away with the setback, leaving the setback in the plan, letting public input determine the setback issue and working on rewording and reworking the coastal preservation proposal.
In presenting his opinions on the shoreline setback proposal and other Ka`u Community Development Plan issues, Manfredi noted that he moved here 13 years ago and has been active in community service currently and in the past as: Hawai`i Farm Bureau Federation President, Ka`u Farm Bureau President, Ka`u Coffee Festival Organizer, Hawai`i Coffee Association Director, Ka`u Agricultural Water Cooperative District Steering Committee member, Big Island Resource Conservation and Development Council President, State of Hawai`i Agriculture Workforce Advisory Board member, Coffee Berry Borer Task Force Director and Ka 'Ohana o Honu`apo Director, as well as holding positions with other community groups.
See the Ka`u CDP draft at www.hawaiicountycdp.info/kau-cdp.
To comment on or like this story, go to facebook.com/kaucalendar.

VOTING LAST NIGHT AGAINST THE BILL THAT WILL FUND THE FEDERAL GOVERNMENT until late next year, Sen. Mazie Hirono said, "The price of funding government programs for only one year should not be permanent changes to laws that will have lasting impacts on working families for years to come."
She explained her "no" vote: “Important government programs that support our families and communities should not be held hostage to get permanent changes to laws that undermine the middle class." She said the bill to fund the government "revises pension laws in a way that breaks a longstanding commitment to retirees and working people. In Hawai'i, this change could impact some 37,000 union members and their families." She also contended that "this bill waters down hard-fought limits on Wall Street recklessness and lifts the ceiling for political contributions to parties at a time when the flood of big money in our democracy is a matter of national outrage.” The Senate voted to approve the 1,600 page bill that funds nearly every policy area and government program through Sept. 30, 2015. Opposing the bill, which passed on a vote of 56 to 40, Hirono joined Senators Carl Levin (D-MI), Jack Reed (D-RI), Sherrod Brown (D-OH), Bernie Sanders (I-VT), Jon Tester (D-MT), Kirsten Gillibrand (D-NY), Al Franken (D-MN), Elizabeth Warren (D-MA) and Cory Booker (D-NJ).
The U.S. House of Representatives passed the bill earlier. Having approval from both House and Senate. the legislation avoided a government shutdown at midnight.

FEDERAL REGULATIONS SHOULD BE A FLOOR AND NOT A CEILING. This is how state Sen. Russell Ruderman recently described his idea of federal and state regulations interacting with local government. He was referring to recent local legislation that was passed in an attempt to regulate pesticides and GMO's in Hawai`i, Maui and Kaua`i counties. A federal magistrate ruled that state and federal authority trumped local control, giving counties no right to regulate. The magistrate set aside new laws approved at the county level. Ruderman said he would work for legislation for more county-level home rule in the 2015 Hawai`i Legislature where he will chair the Senate agriculture committee. He said, however, that he would not expect that regulation of GMO's would get much traction among state Senators and Representatives in terms of passing statewide laws in the coming year. Ruderman's remarks were carried in a story at www.bigislandvideonews.com. The Big Island Video News story noted that the GMO issue will come before the Hawai`i County Council this week, as County Council member Margaret Wille proposes that the council advise the County Attorney to appeal Magistrate Barry Kurren's ruling "with regard to regulating the open air cultivation, propagation, development or testing of genetically engineered crops or plants." See more at bigislandvideonews.com.
To comment on or like this story, go to facebook.com/kaucalendar

INCREASED POLICING FOR DRUNKEN DRIVERS is planned for the holidays. A statement from Hawai'i Police Department reminds drinkers of consequences. Bail is a minimum of $500. Steering interlock devices to detect drunkenness before driving can be required with a DUI conviction. They can cost $200 to install and $92.56 per month. Losing a driver’s license for DUI can make it difficult to reach a workplace and take care of a family. Insurance companies can cancel or severely increase premiums required to operate a vehicle on public roads. These penalties are in addition to alcohol assessment classes; possible jail time, fines, court fees, probation and community service.
To comment on or like this story, go to facebook.com/kaucalendar.
THE KA`U LEARNING ACADEMY, supported by Gilligan's Cafe, yesterday celebrated the restaurant's one year anniversary and the launch of registration for the school which is set to open under a state charter school license in August. A silent auction, donations and dining at Gilligan's raised money all afternoon and evening with numerous local entertainers participating. The open enrollment is available for  school year 2015-2016  for grades 3 to 6. Classes will be held at the old Discovery Harbour Golf Course Clubhouse, which operates as Gilligan’s to benefit the school. Kathryn Tydlacka, founder and executive director, said KLA will offer individual education plans for each student designed for ability level. She promised "high academic expectations" and electives such as theatre, agriculture, computer, art and music.  Transportation and lunch will be provided.
Enrollment meetings will be scheduled in Ka`u communities in January.  For more information and to enroll a child, see www.kaulearning. com or call 213-1097.
To comment on or like this story, go to facebook.com/kaucalendar. 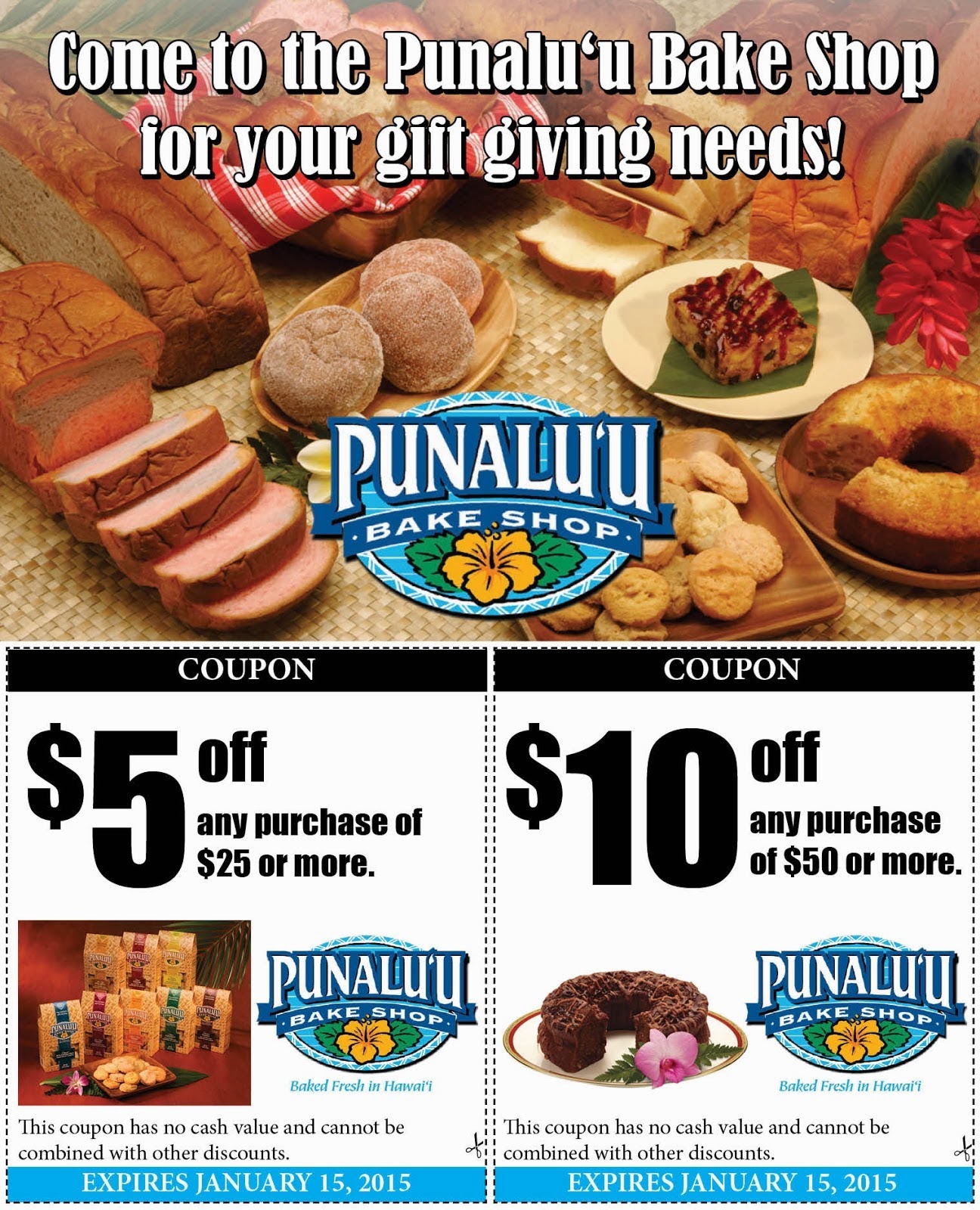 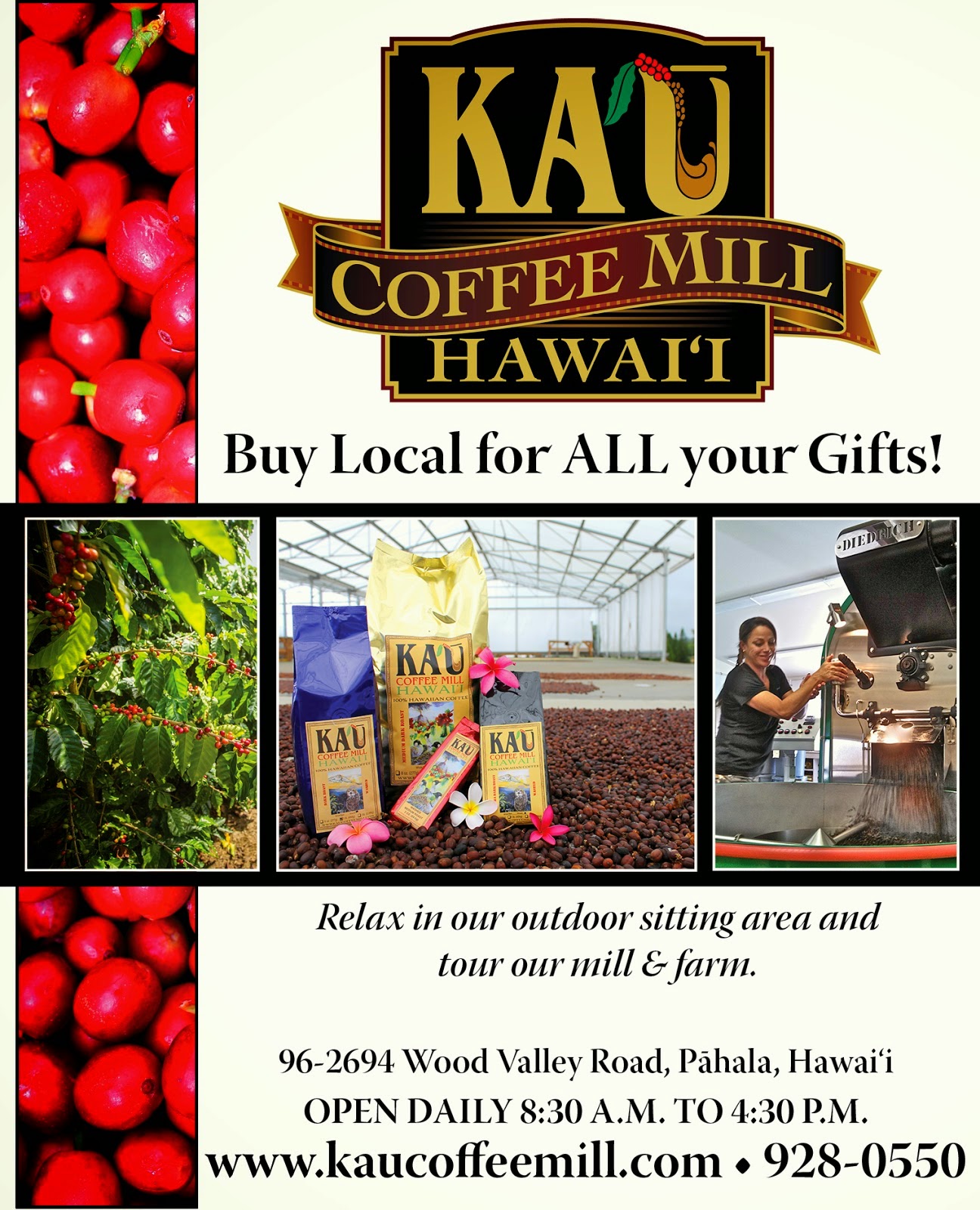 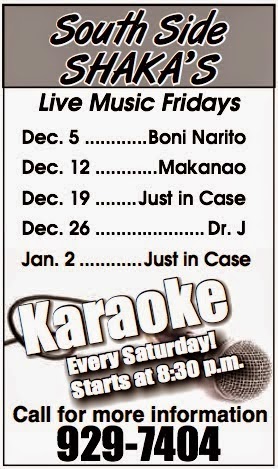 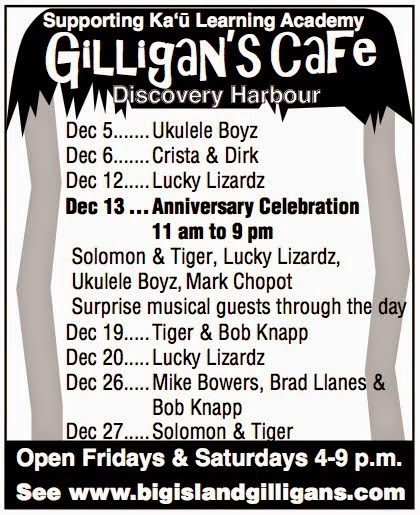 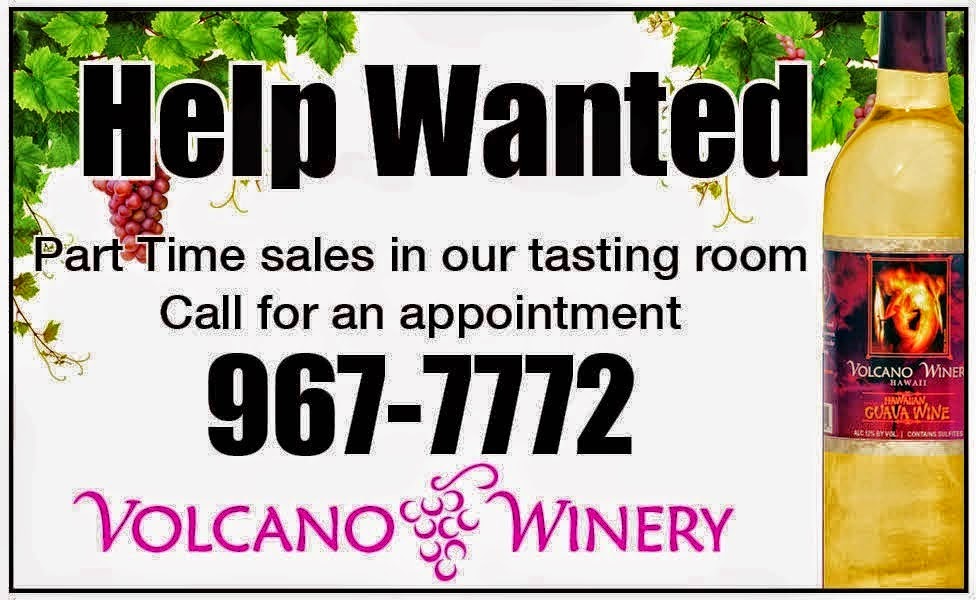 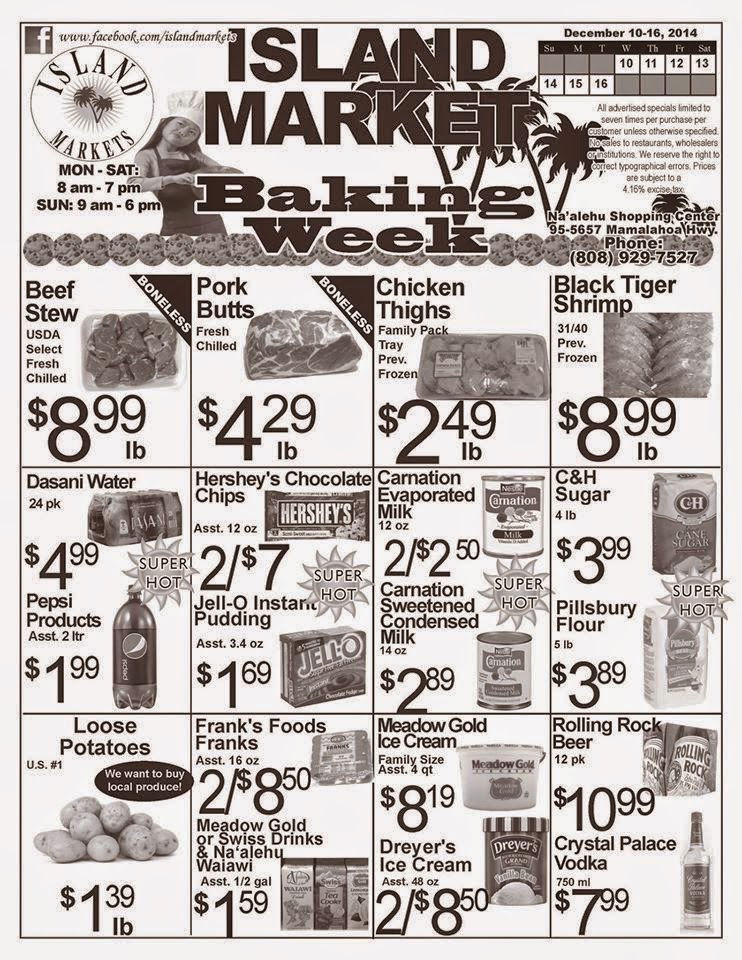 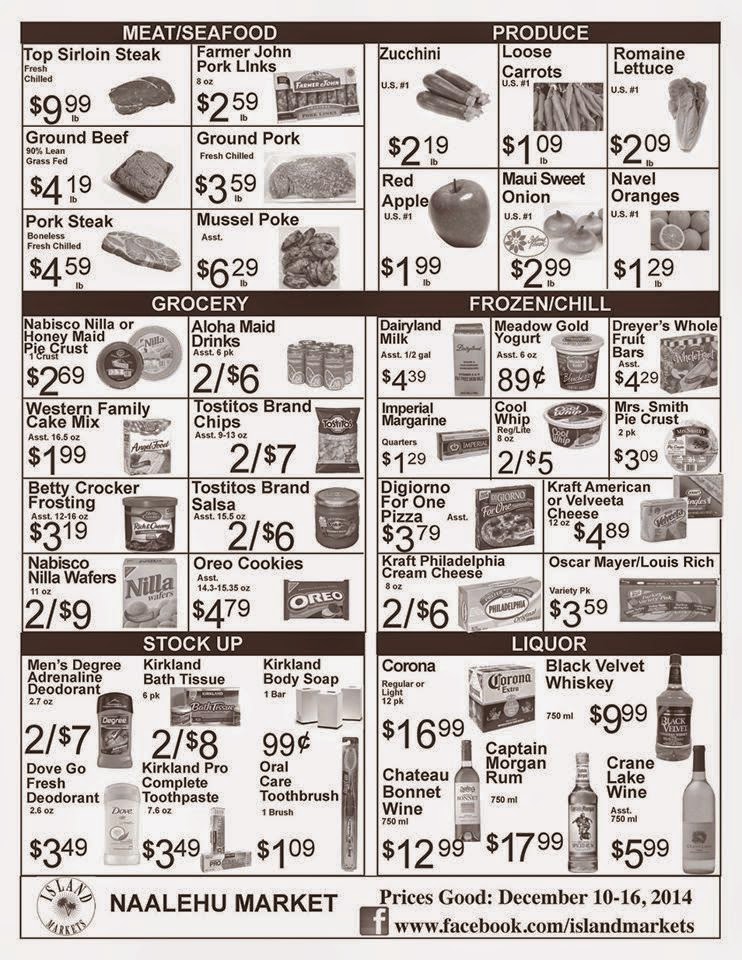 Posted by The Ka`u Calendar at 5:50 PM Links to this post