KAʻŪ CHAMBER OF COMMERCE WINNER for The Directory 2017 cover was announced yesterday at the Beauty of Kaʻū art show held at Naʻalehu Hongwanji. The People’s Choice award, chosen by popular vote, will become the cover art for the annual community business and resource guide. The image is a quilt by Reta Hill, of Discovery Harbour, called Sunny Beaches.
Deadline to submit information and advertising for The Directory is Dec. 15. The Directory advertising and donations allow the Chamber to provide numerous scholarships to Kaʻū residents seeking higher education. The Chamber follows students through colleges, universities and trade schools during their educational career, providing scholarships year after year.
To support The Directory and the scholarship fund, email geneveve.fyvie@gmail.com for an application. To apply for a scholarship, email lee@leemcintosh.org.

BEST IN THE BEAUTY OF KAʻŪ ART SHOW yesterday went to Thomas King, of Honuʻapo, for his ambitious Kamalu’s Marimba, an increasingly popular musical instrument. His creation was carefully crafted from Eucalyptus wood for the frame and Kiawe for the tone bars. He also took first place with his marimba in the Woodworking category.
The marimba is a percussion instrument consisting of a set of wooden bars struck with mallets to produce musical tones. Resonators suspended underneath the bars amplify their sound. The skill is not only in crafting the tonebars and resonators, but the tune they produce.
King was on Maui yesterday, so was unable to be present to receive his prize.

Reta Hill, a quilter from Discovery Harbor, won the People’s Choice award for her large attention-catching creation called Sunny Beaches. Although she has been quilting for eight to nine years, this was the first time she had entered a competition.
“I love palm trees, so had fun creating the ones for this quilt. I added some beach chairs and surfboards to make it more beachlike,” explained Hill. “I used only two kinds of fabric – both with batik-looking patterns – that I was able to buy in a fabric store.”
Nancy Stafford, who assisted with the art show, provided the following results to The Kaʻū Calendar: Painting: First place: Lynn VanLeeuwen, Second place: Masako Sakata, Third place: Alice Hosticka;

Edwards is a program trainer at the ARC of Laramie, teaching direct service workers who provide assistance to persons with head trauma and developmental disabilities.
The filmmaker is son of Ocean View resident Lisa Edwards and brother to Larissa Edwards, a 2008 graduate of Kaʻū High. Both won track scholarships to University of Wyoming and reside in Laramie. Larissa has worked as a school teacher and has a family.
Lisa Edwards said her son and daughter like living in Laramie because, like Hilo, the town is centered around university life. See the film at https://youtu.be/kvLaGacYa7U
To read comments, add your own, and like this story, see Facebook. Follow us on Instagram and Twitter.

MARLEY STRAND-NICHOLAISEN played her final U.H. Hilo volleyball game last night. Next year, it’s graduation from college and most likely a two-year course to become a Physicians Assistant and return to Kaʻū, hoping to work at Kaʻū Hospital to serve her community. Interviewed by reporter Kevin Jakahi for a story in Hawaiʻi Tribune Herald yesterday, the six-foot tall senior and outside hitting Vulcan star raved about her upbringing in Kaʻū and her desire to return home.
Strand-Nicholaisan told the reporter, “I want to work in Ka‘ū and give back to the community. They’ve provided so much support. The whole Pahala town comes to the Ka‘ū gym to cheer the Trojans. That’s the thing to do there. Giving back to them is my ultimate goal.”
Strand-Nicholaisen also talked about Kaʻū people driving to U.H. Hilo to see her play: “I’m tearing up thinking about it. The best thing is I got to stay close to home, have people drive from Ka‘ū to watch me play, and I was able to play in front of my hometown.” she told Hawaiʻi Tribune Herald.
She graduated from Kaʻū High in 2013 after joining varsity as a sophomore and leading the Trojans to its first Big Island Interscholastic Federation championship in girls volleyball. One of her best friends is another Kaʻū volleyball star, Toni Beck.
Vulcans coach Tino Reyes told Hawaiʻi Tribune Herald, “Marley is a wonderful person and great teammate…Every defense is geared to stopping her.”
The coach also talked to reporter Kevin Jakahi about the personal qualities of Strand-Nicholaisen and her family: “Before road trips, if kids don’t have rides, she’ll say, ‘Coach, I’ll take care of it.’ She’ll make sure they have rides to the airport and back. For four years, she’s invited girls from other countries or the mainland who don’t go home for Thanksgiving to her house. She and her family (parents Laurie Strand and Robert Nicolaisen) have shown a lot of aloha to her teammates,” the coach told Hawaiʻi Tribune Herald. See more at hawaiitribune-herald.com.
Read comments, add your own, and like this story, see Facebook. Follow us on Instagram and Twitter.

PROPONENTS OF FARMING WITH GENETICALLY MODIFIED crops won a battle in the U.S. Court of Appeals on Friday. Judge Consuelo M. Callahan upheld a lower court ruling which held that Hawaiʻi County’s partial ban is illegal under federal law. The Wall Street Journal earlier called such rulings a “victory to seed and chemical companies in a battle over modern  agricultural techniques.”


Spokespersons on both sides of the issue sent out statements. Hawaiʻi Crop Improvement Association, which includes Dow Agro Sciences, DuPoint Pioneer, Monsanto and Sygenta, stated, “This is good news for local agriculture in Hawai‘i, as it clears up potential confusion over who has jurisdiction in regulating agricultural operations, leaving that responsibility with the appropriate government agencies.”
The Center For Food Safety stated: “We will continue to stand and fight with the people of Hawai‘i against these chemical companies, and part of that is going to be demanding action at the state level to protect the people and the environment. We’re considering all legal options, including appeal.”

The local ordinance protected GMO corn and papaya, created to resist disease, but banned cultivation and open air testing of new GMO crops. It also The required GMO growers to register with the county. Pro GMO farmers and their supportive organizations filed the lawsuit in the federal court.
Supporters of GMO restrictions and GMO labeling said they will work at the legislature and in the U.S. Congress  to develop laws that will stand up in federal court. The ruling also applied to bans and restrictions on other islands.
To read comments, add your own, and like this story, see Facebook. Follow us on Instagram and Twitter.

A BEATING IN OCEAN VIEW more than two years ago has led to first degree assault charges against retired police officer Michael Dubberstein. He was indicted by a Hilo grand jury for allegedly inflicting head injuries, a dislocated shoulder and broken ribs to James Gonzales. A warrant has been issued for Dubberstein’s arrest with bail set at $2,000. The Kona court will handle the case.
At the time of the alleged assault, Dubberstein was already retired from the force. The victim died more than a year later, apparently of unrelated causes. The incident took place at Malama Market.
To read comments, add your own, and like this story, see Facebook. Follow us on Instagram and Twitter. 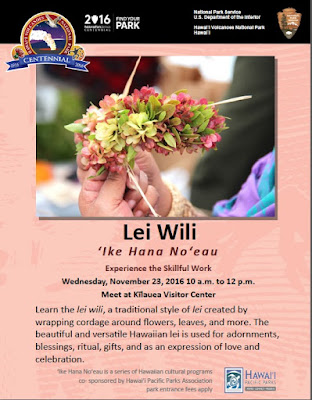 THE NAʻALEHU WINTER FESTIVAL is announced. Fun and friends are the spotlight of the Naʻalehu Elementary Student Council Winter Festival on Saturday, Dec. 17 from 10 a.m. to 3 p.m. Billed as a “friend-raiser,” the mini-carnival will be held at Naʻalehu Elementary School grounds and will raise needed funds for student council activities and student incentives.


Games like the ring toss will be just 50 cents a play with every player receiving a prize. Hot dogs, chili, chili dogs and drinks will be $1 each. Other fun activities will include a splash booth, jumping castle and jail. Keiki can also get their face painted or a fake tattoo. Raffle tickets will be sold for 50 cents for a chance to win special prizes. Anyone wishing to donate prize items or make a monetary donation should contact Naʻalehu El. vice-principal Christina Juan or student council adviser Amberly Keohuloa at 313-4000.
To read comments, add your own, and like this story, see Facebook. Follow us on Instagram and Twitter.


IKE HANA NOʻEAU - Experience the Skillful Work on Wednesday, Nov. 23 from 10 a.m. to noon.  Learn the lei wili, a traditional style of lei created by wrapping cordage around flowers, leaves, and more. This beautiful and versatile Hawaiian lei is used for adornments, blessings, ritual, gifts, and as an expression of love and celebration.