FAMILY SUPPORT HAWAI`I is unable to keep Ka`u Family Center in Na`alehu open despite a grant of $30,000 from Hawai`i County for next fiscal year. The majority of funding for Family Support comes from state of Hawai`i contracts and federal money. It also receives grants from United Way, which has been able to fund all its programs, said Charmaine Shigemura, a United Way board member and staff member in Mayor Billy Kenoi’s office. Shigemura said such programs are high on the mayor’s list of priorities, that he has helped get funding for such programs. “We’re happy we’ve been able to sustain the program for so long. It’s really hard in these times of working with less.” she said.
The shutdown is planned for Friday and longtime employee Theresa Alderdyce is set to lose her job. Petitions have gone out to the mayor, governor and other public officials.

MONEY APPROVED BY THE STATE LEGISLATURE TO FIGHT COFFEE BERRY BORER was vetoed by Gov. Neil Abercrombie who said it could have taken $196,000 away from a revolving loan for farmers seeking financing for agricultural endeavors. Instead, the governor said, $200,000 will become available for coffee berry eradication from a barrel tax and will be administered by the state Department of Agriculture, under the leadership of Russell Kokubun.

GRADE AND ORIGIN OF HAWAI`I-GROWN COFFEE no longer require state inspection and certification before shipping. However, the new law makes false labeling a third-degree felony. Gov. Neil Abercrombie yesterday let the bill become law without his signature, following protests from the Kona Coffee Farmers Association, which wanted the bill vetoed. The association claimed that blenders and brokers wanted the inspection requirement removed in order to ease government regulations and oversight. They also said that inspections protected their regional brand names on which they depend for their high-end market. The organization posted on its website: “Very sad day. Our Governor of Hawai`i allowed HB280 to become law today. Processors may now self-certify for origin and quality. The integrity of Kona Coffee is allowed to be compromised by big $$ interests.”
The Hawai`i Coffee Association and several other groups, largely comprised of mills and wholesalers, contended that a lack of inspectors was holding up coffee going to market. Chris Manfredi, who represents the owners of the land where much of the award winning Ka`u Coffee grows, supported the elimination of the required inspections for origin and quality.
The governor stated that the bill “marks the beginning for the Department of Agriculture to work with stakeholders and develop the framework for what is necessary to protect our state products.” The bill that ends the required inspections is one of six that became law yesterday without the governor’s signature. Others include:

A BOOST FOR AG TOURISM is a new law that allows vacation rentals on agricultural land – starting with Maui county. The governor allowed the bill to become law without signing it but asked that all the counties review their laws in anticipation of the Maui experiment succeeding and becoming a possibility for other islands.

LOCAL CONTACTS FOR owners of vacation rentals are required under the new law. This bill originally started with a mandate that each vacation rental owner living off island engage an on island realtor for each transaction. The state wants to make sure it receives transient accommodations taxes due from out of state owners but settled for an on-island contact rather than a realtor. All advertising, including internet sites, must also show the transient accommodations license number for the accommodations.

IGNITION INTERLOCK to prevent drunken driving is on its way to becoming available in Hawai`i, as the governor allowed the bill to pass without his signature. Repeat intoxicated drivers would be allowed to drive again with ignition interlock devices in their vehicles. The driver must breathe into the device to measure alcohol level. If it is high, the car won’t start.

SMOKING IN PUBLIC HOUSING will still be allowed as Gov. Neil Abercrombie vetoed a bill that would have prohibited smoking outside of designated areas. Abercrombie said that he would like smoking to be reduced over time and eventually establish a ban. Supporters argued that the state is liable for the health of children and adults living in its public housing.

BILLS SIGNED INTO LAW include measures that add penalties for negligent homicide in the first and second degrees and negligent injury in the first degree when the incident involves a vulnerable highway user such as a bicyclist; a new traffic law requiring drivers to move over when passing a stationary emergency vehicle on a highway; and a ban on aerial luminaries, including ignition, possession and selling them. The lanterns that float into the sky are considered a fire hazard. Another new law requires the state Department of Education to create a Safe Routes to School program.

VOTER REGISTRATION DEADLINE for the Aug. 11 primary election is tomorrow, July 12. Those who can register to vote must be a citizen of the United States of America; a legal resident of Hawai`i; and at least 16 years of age (pre-registration is allowed at age 16, however all must be 18 years old by election day to vote). 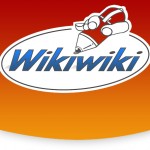 Convicted and confined felons and those declared mentally incompetent are not eligible. Those who have changed their names or moved residence are also required to register.
To download the Wikiwiki voter registration form, go to
http://hawaii.gov/elections/forms/voter_application.pdf

KITV CHANNEL 4 remained off the air this morning with no word on when a dispute between Time Warner cable and content company Hearst Television would be resolved. Hearst said that Time Warner cable was tripling the cost it charges Hearst to carry its broadcast in a market where more than 95 percent of viewers depend on cable and satellite. KITV is still available online and through DISH Network and DirecTV satellite service. Also off the air are affiliate stations Me TV; its HD signals; analog Channel 4 and the ABC programming scheduled for Primetime on Demand. Hawai`i joins other television markets where ABC is off cable during the dispute: Kansas City, Louisville, Cincinnati and Pittsuburgh; as well as Plattsburgh New York; Hartford, Vermont; Winston-Salem, North Carolina; Lincoln, Nebraska and Portland, Maine.
DANIEL, the former hurricane, now downgraded to a depression, is already sending high surf to South Point and the eastern shores of Ka`u. The National Weather Services issued a high surf warning at midnight, extending it through 6 p.m. Friday, as high waves from the east are expected to keep building today and reach a peak on Thursday and Friday. Ocean and beachgoers are advised to use caution to avoid rip currents and beach erosion by surf. Daniel may also bring some rain relief to Ka`u. Hurricane Emilia is following Daniel and also expected to weaken.

HA`AO/SOUTH POINT AG WATER CO-OP meets tomorrow at 2:30 p.m. at Wai`ohinu Park. The group plans to work on bylaws and assembling a board of directors. Contact Alison Yahna at beeoracle@hotmail.com.

HAWAI`I WILDLIFE FUND needs volunteers with four-wheel-drive vehicles for the Saturday Ka`u beach cleanup. Volunteers meet at 7:45 a.m. at Wai`ohinu Park and should be back by 3 p.m. Sign up with Megan Lamson. There is currently room for a dozen more volunteers who don’t have four wheel drive. Contact kahakai.cleanups@gmail.com or 769-7629. HWF will also sponsor an anchialine pool workday on July 25.

A RED CROSS VOLUNTEER meeting will be held tomorrow at HOVE Road Maintenance Corp. office at 7 p.m. It is for all those interested in volunteering and taking Red Cross training. Call Hannah Uribes 929-9953.

SUPPORT OUR SPONSORS AT PAHALAPLANTATIONCOTTAGES.COM AND KAUCOFFEEMILL.COM.
Posted by The Ka`u Calendar at 11:18 AM Links to this post