HURRICANE ISELLE MADE LANDFALL as a tropical storm at 2:30 a.m. this morning near Kamehame, the Hawksbill turtle preserve, on the shore near Pahala. As the Weather Channel and other international media outlets reported the event, they described the area as a sparsely populated region with a village of 1,300 people.
Th leading edge of Iselle arrived to Pahala with a dry wind, colorful clouds at sunset and the appearance of Ka`u being spared, while nearby Volcano and Puna took the pounding with early electrical outages, blocked roads, downed trees and damaged homes. With electricity going out in Pahala late last night and communications lost, most residents didn’t realize they were experiencing the eye of the storm at 2:30 a.m., when circular bands of clouds traveled across the night sky. The eye was followed by lightning and thunder and the beginning of heavy rain that flooded Hwy 11 at Kawa and Wood Valley Road making them  impassable this morning. A bridge above Ka`u Coffee Mill on the way to Wood Valley was blocked due to buckled pavement. Further inland, numerous trees fell on power lines, making travel to Wood Valley nearly impossible by vehicle.
Several visitors took shelter at the Ka`u High School band room after the SeaMountain at Punalu`u staff told guests they would be evacuated. However, guests were able to return this morning to the condominiums as they did not lose power. David and Lannie Colombo managed the Red Cross shelter in Pahala. They housed 50 people overnight, including 30 from the local Micronesian community, a family of four from Canada, a couple on their honeymoon and another on their 25th anniversary. Pahala Plantation Cottages guests were offered rooms in the Pahala Plantation manager’s house which was boarded up before the storm.
Schools, medical clinics, community centers, banks, credit unions and beach parks remain closed today as county and state road crew clean up all the remnants of trees and debris and as Hawaiian Electric Light Co. attempts to restore electricity. Some, if not all Wood Valley residents, cut off from Pahala, reported deafening thunder and lightning. The Wood Valley community is without running water, and at least one tree fell on a resident’s car.

Many eucalyptus trees fell around Wood Valley Temple, providing new views toward Kapapala Ranch.Where Wood Valley Road turns left toward the temple, the crossing remained blocked this afternoon by a tangle of utility lines, poles and fallen trees, a daunting mess to clear and perhaps evidence of  a long wait for electricity to be restored in Wood Valley. However, county road crews helped improve the unpaved section of  Center Road so residents could reach homes with 4WD vehicles. Upstream, the apparent torrent of water dropped by Iselle cut new paths through the land.
On some farms, young coffee trees were uprooted. Guinea grass in pastures was flattened by high winds that also sheared off tops of windbreaks like Norfolk pines. Around the damage - photogenic rushing streams and waterfalls tumbling from the steep walls of Wood Valkey.
Hawai`i County Civil Defense reported that HELCO crews are working as fast as they can to restore power to Ka`u and other areas of Hawai`i Island. Crews flew in from Honolulu to help.
Hwy 11 reopened Friday evening after flood waters receded at low-lying Kawa between Punalu`u and Honu`apo. The detour used for most of the day was the old sugar cane haul road between Na`alehu and Pahala along the mountainside. One Pahala resident, Bobby Tucker, who was returning home, described it as somewhat daunting with gorges, waterfalls and new waterways cut by Iselle, but also incredibly beautiful.
To comment on or like this story, go to facebook.com/kaucalendar.


HURRICANE JULIO is predicted to track north of the Hawaiian Islands. Roughly 900 miles behind Iselle, Julio has been downgraded from a Category Three on the Saffir-Simpson Hurricane Wind Scale to a Category Two as it enters cooler waters. Although it may benefit from the moisture left behind Iselle, Julio is expected to weaken in terms of wind speed as it continues its journey north of the islands. Despite the predicted path of Julio completely missing the Big Island, some Ka`u residents insist on keeping their houses boarded up, just in case.
To comment on or like this story, go to facebook.com/kaucalendar. 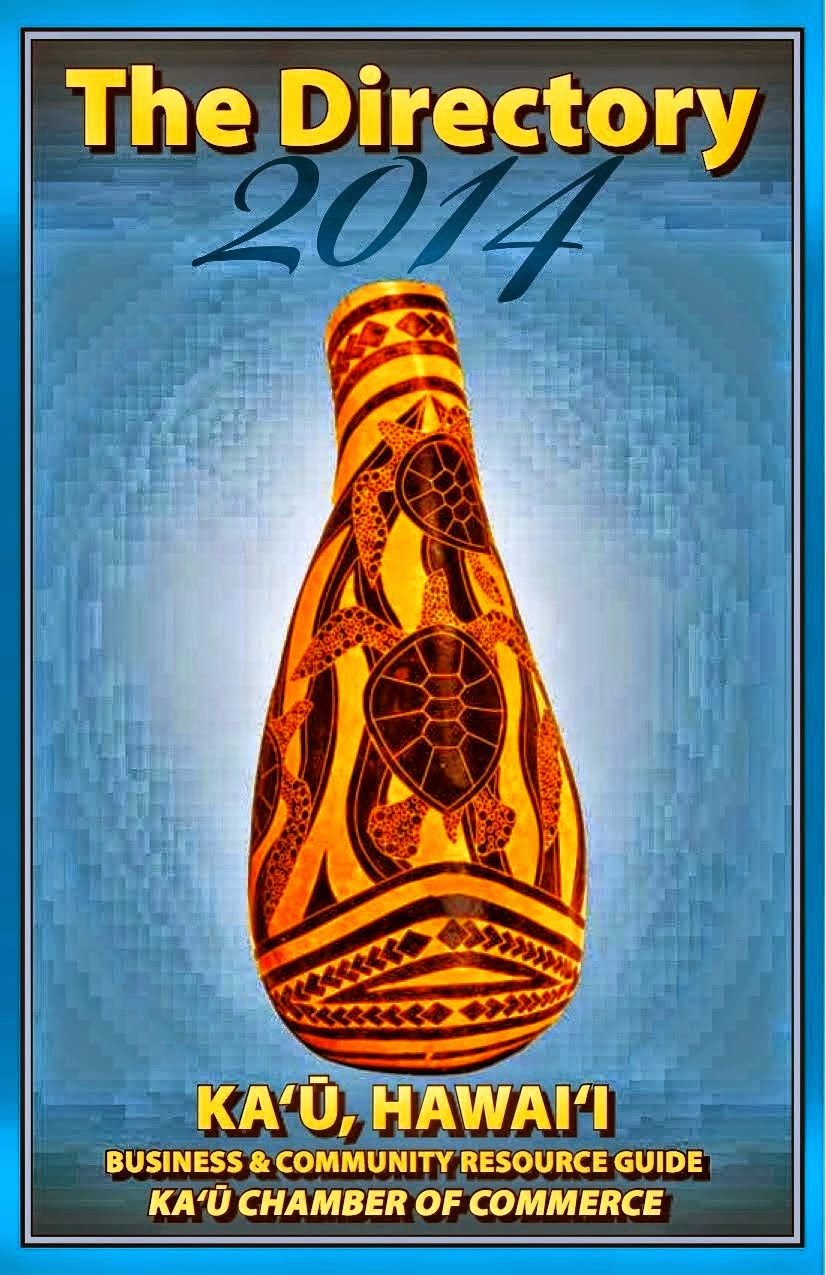 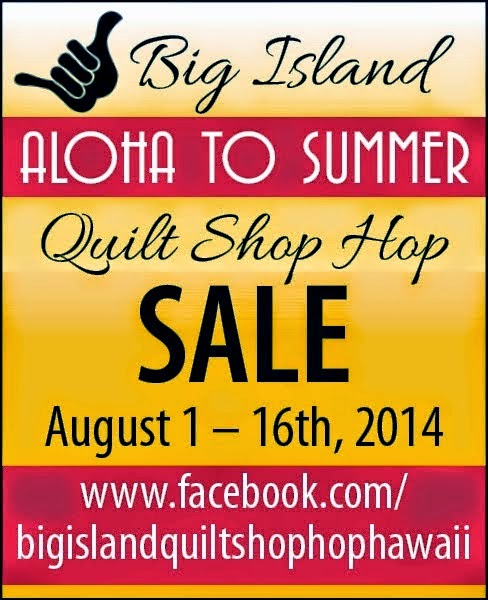 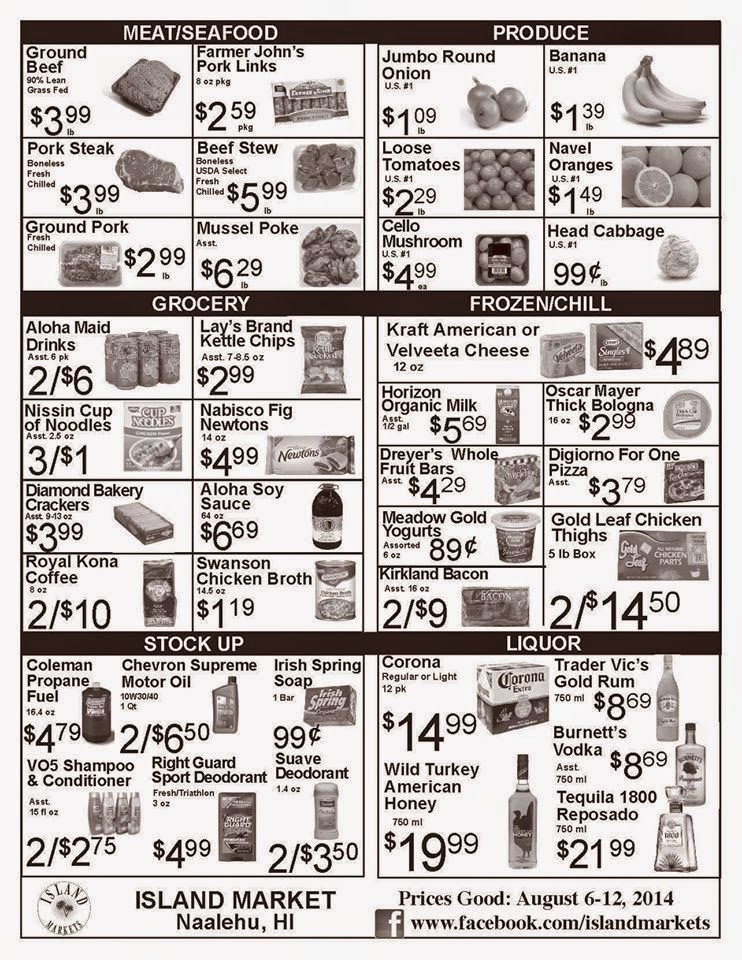 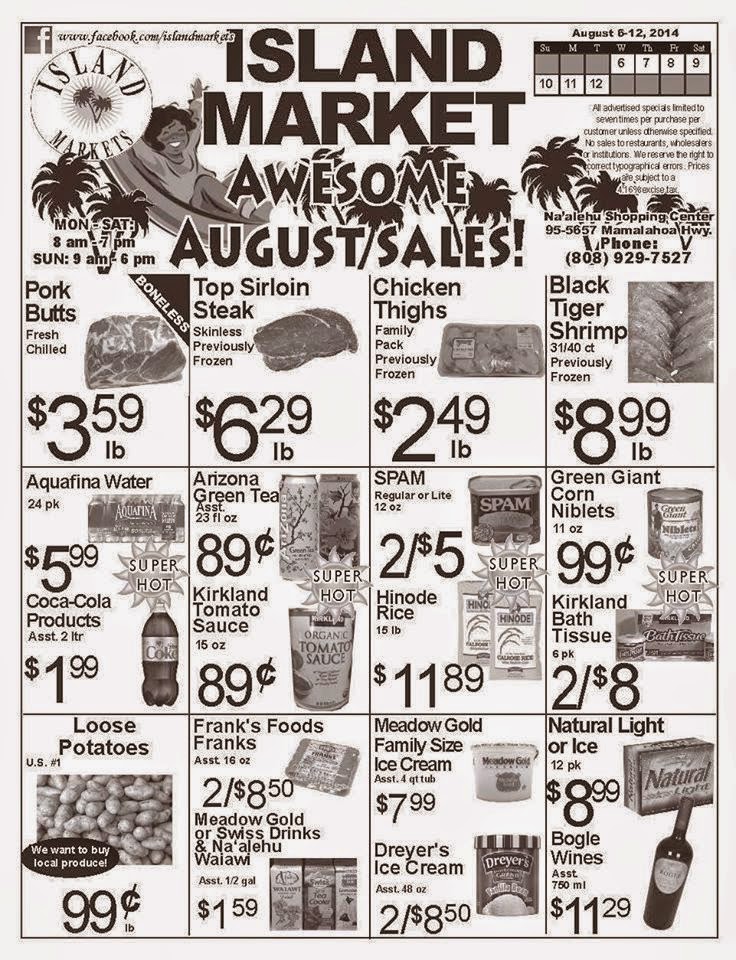 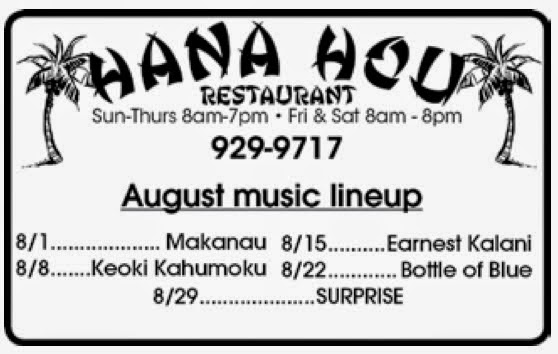