THE MAYOR’S PROPOSED COUNTY BUDGET was sent to the County Council yesterday. The $370,778,473 in spending from July, 2013 through June 30, 2014 would be 8 percent less than the operating budget in effect when Mayor Billy Kenoi took office. “It marks the fifth consecutive year of our efforts to control the cost of government in a strategic and responsible manner that maintains critical infrastructure and public services. This proposed balanced budget does not require any increase in property taxes,” the mayor said.
Kenoi noted that “For the fifth straight year, the County of Hawai‘i will collect less in property taxes than it did when this administration began in 2008. Tax collections in Fiscal Year 2008-09 were $225.9 million and are expected to total $200.6 million during Fiscal Year 2013-2014. This continuing lag in tax collections has been coupled with years of cost increases in areas such as employee health care and retirement costs and unpredictable fluctuations in utilities and fuel. In short, it will cost us more to deliver the same services next year, and there will be approximately the same amount of money available to provide these services,” the budget message said.
Kenoi said the admnistration’s proposed budget “represents the fifth year of our continuing effort to control and reduce spending wherever possible. Overtime spending has been reduced by 36 percent during this period, for a reduction of $5.1 million since Fiscal Year 2007-2008.”

A cut that is expected to raise eyebrows in the County Council is a plan to discontinue funding for recycling centers based at county solid waste transfer stations, and to reduce county funding for soil and water conservation districts. The proposed budget also restricts out-of- state travel, cancels or delays vehicle purchases and the replacement of aging computers and software, and employee training has been deferred or eliminated, the budget message reports.
It points out that 256 vacant positions have been unfunded during the first four years of the Kenoi administration. The mayor puts forth that “Unfunding positions has made it more difficult to provide County services, but we intend to again hold as many positions unfilled and unfunded as possible to provide for the largest possible savings.” The employee count for the County of Hawai‘i decreased from 2,787 on Nov. 30, 2008 to 2,582 as of Feb. 28, 2013.
However, the mayor proposes eliminating county furloughs by increasing the budget by about $4.2 million. Other increases include non- discretionary expenses such as debt service, retirement system contributions and the new transfer to the Public Access, Open Space and Natural Resources Preservation Maintenance Fund. The increased costs “had to be offset with further spending cuts in order to stay within available revenue to generate a balanced budget,” the mayor said.

REVENUE CHANGES for county income areprojected in Mayor Billy Kenoi’s proposed budget for the coming fiscal year. He wrote that real property taxes are expected to increase by 1.2 percent, or $2.4 million with an estimated 1 percent rise in taxable values and a slight increase in interest payments. The Public Utilities Franchise Tax is expected to increase by $1.0 million, or 9.4 percent in franchise tax revenue. Increases in building permit revenue ($400,000), liquor license fees ($350,000) and vehicle weight tax revenue ($200,000 are expected to bring in $1.1 million, or a 7.0 percent increase.
According to the mayor, “a higher projection of carryover savings is attributed to the cumulative effect of successful cost cutting measures for the past several years and additional spending restrictions in the current year.”

ADDITiONAL SPENDING on county government is proposed in Mayor Billy Kenoi’s budget released yesterday. He said that appropriations are increased by $1.3 million for anticipated property purchases under the geothermal relocation program through which the county buys properties in areas affected by geothermal operations.
Fire Department spending would increase by approximately $200,000, primarily for fire protection costs. Funds are also budgeted to pay $350,000 of the cost to renovate the Hilo office of the Liquor Commission and to remove asbestos. Additional funds would be appropriated in subsequent years to complete payment of the full cost. Additional grant funding revenue of about $400,000 is anticipated and appropriated for various programs at the County Prosecuting Attorney’s office. 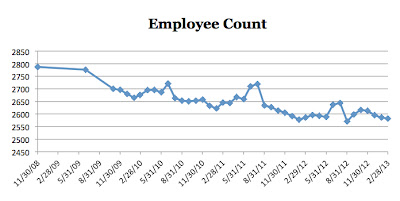 Highway funding would increase by about $200,000. Debt service will increase with the beginning of principal payments on bonds issued in 2010. Contributions to the employee retirement system will increase by approximately 4.5 percent as the result of rate increases established by the state Legislature.
Concerning vacation pay, payouts for employees separating from the County would be reduced by $500,000. Concerning insurance claims and judgments, the appropriation to cover those against the County would be reduced by $200,000.
Regarding the Wastewater Replacement Reserve Account, funding appropriated to set aside for large equipment rehabilitation and replacement must be reduced by approximately $900,000 as the Sewer Fund fund balance and replacement reserve fund balance have been exhausted, the mayor reported.
The mayor said that in order to keep the county funded, “We will continue to work closely with our state Legislators to maintain the County of Hawai‘i’s share of the Transient Accommodations Tax, which is critically important to maintain our balanced budget. We also continue to work with our Congressional delegation to secure federal resources as we work to expand our transportation infrastructure and build important capital improvement projects." He said and the county staff  “look forward to working closely with the County Council as we seek to address both new and continuing demands for public services while also maintaining a balanced and responsible budget.”

KA`U CHAMBER OF COMMERCE encourages Ka`u students, your and adults to apply for its annual scholarship program. The Ken Wicks Ka`u Chamber of Commerce Scholarship is available not only to high school juniors and seniors, but also to adults seeking to re-enter the educational system. Preference will be given to those who intend to remain in or return to Ka`u and live there. Scholarship money can be used for all college and vocational training and will range from $250-$1,000. The deadline is May 1, 2013. For more information and to download the application, visit the Ka`u Chamber website athttp://kauchamber.org/?page_id=4 or call Lee McIntosh at 929-9872.

VOLCANO VARIETY SHOW takes place this Saturday at 6:30 p.m. and Sunday at 2 p.m. at Volcano Art Center’s Ni`aulani Campus in Volcano Village. Acts include sketch, comedy, music and dance and are appropriate for all ages. Tickets are $8 for adults and $5 children under 17. Call 967-8222.

A NIGHT OF IMPROV is set for Saturday at 7:30 p.m. at Ocean View Community Center. Alohaha’s Improv-Sketch-Comedy troupe performs a series of improvisational games and original comedy sketches. $10 tickets are available at the door at 7 p.m. for adults 18 years old and over. For more, call 345-2571 or email thealohahas@gmail.com. 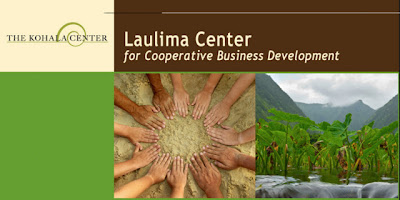 MAKING FOOD PRODUCTS through agriculture in Ka`u is a workshop open to the public. Farmers who want to sell a product to the public can learn from value-added and specialty foods consultant Lou Cooperhouse when he presents Food Business Basics: Getting Started and Finding Your Niche in the Specialty Foods Business. The workshop to be held at Pahala Community Center on Wednesday, March 13 from 9 a.m. to 3 p.m. is designed for farmers seeking to develop their raw product into a value-added product and bring it to market, entrepreneurs and restaurateurs interested in diversifying their revenue streams with specialty food products, and established producers looking to take their food businesses to the next level. To register call 443-2755 or visit http://laulimacenter.org/foodbasics.html