HAWAIIAN ELECTRIC CO. is disappointed that the state Public Utilities Commission has suspended its Simply Solar proposal to allow the electric company to finance solar water heating panels for customers, who would pay back HECO over time. HECO spokesman Darren Pai said, "the program could help renters and other customers who have not been able to afford to pay for the upfront costs of solar water heating." He said that he is glad that regulators, while initially turning away the HECO program, are willing to consider an on-bill payment program. The PUC deferred any decision on the program saying it did not appear "cost-effective to ratepayers," and that the program requires adjustment.
THE NEW COUNTY BUILDING CODE passed the County Council last night, with council members Brenda Ford and Dominic Yagong voting against the measure. Ford said she wanted more time to help explain the code to those in the public who fear it. She said she would have been open to possibly adding more amendments to make it fit better with needs on this island.  Ford said one of the biggest problems was fear that the penalty section would make violating the building code a full misdemeanor and include jail and fines, versus a petty misdemeanor, which is less drastic.  She said some people were afraid they could be evicted from homes and the county would start a campaign to look for violations. “This is just not going to happen.” Ford noted that the Department of Public Works helps people bring homes up to code. She said about 30 percent of homes on the Big Island are not up to code, either because they are old – some of them built before there were codes - or because some homes and additions to houses were built more recently, sub-code, without permits.
Ford said she wanted to make sure the penalty section of the building code was for egregious violations. She gave the example of poorly built water tank leaning toward the neighbor’s home. An earthquake could cause the water tank to break and flood the neighbor’s house and possibly kill someone.
Ford said another issue is fear of having to build a safe room designed for protection against hurricanes. She said that under the new code, fewer than 2 percent of new structures would likely require a safe room and these would mostly be expensive indoor-outdoor type houses with floor to ceiling glass doors. The safe room is not required for houses already built, Ford noted.
Ford said she has been hearing for many months that the International Building Code is incompatible with Hawai`i County and that the council has been struggling to make amendments. She said that Ka`u’s Council member Brittany Smart “did 90 percent of the work to help make it better for the public.” Smart voted for the bill.
According to a Nancy Cook Lauer story in West Hawai`i Today, testifier Bob Petricci contended that the new code will create more homelessness. “These building codes are a very big part of the reason we have so many foreclosures right now. They have driven the cost of homes so high the people have to borrow money beyond their means just to have what you call an affordable home.”
The council, however, is required to approve its own building code for Hawai`i County or the statewide building code would go into effect with no amendments tailored to the island’s needs. The council passed the code last night. 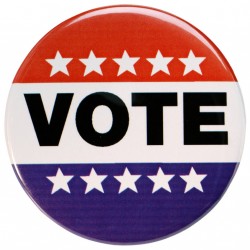 RAISING MONEY FOR THE MAYORAL election sees incumbent Billy Kenoi with a big lead over challenger and County Council chair Dominc Yagong. According to campaign finance reports filed with the state, Kenoi raised $328,133 in 2011 while Yagong’s total showed $500. Yagong said, however, his campaigning has never been about how much money he could raise, acknowledging that the mayor raised more in six months than he raised in a dozen years as a member of the County Council. The third candidate for mayor, Ann Marsh, of Honoka`a, just announced and is yet to file a report.
According to a story by Peter Sur in the Hawai`i Tribune Herald, Kenoi took in a lot of funds from developers, banking, legal and real estate, including representatives from the MacNaughton Group, the Kobayashi Group, Bank of Hawai`i, First Hawaiian Bank and Banc West Corp. Renewable energy companies also contributed, including Big Island Carbon, Puna Geothermal Venture and BioEnergy Hawai`i. Yagong had one donation of $500 that came from Hilo-based Kavana Homes founder Peter Vana.

KA`U HOSPITAL’S MAIN ENTRANCE DOORS have been a problem for years, leaking vog into the building. They are heavy, hard slamming and difficult to open, according to kupuna like Anna Carriaga, who have been complaining directly to state legislators. Sen. Gil Kahele said yesterday that the problem will be fixed soon, that a contract has been signed to install new, vog proof, room sealing doors by June.

VOLCANO ART CENTER’S Niaulani Campus in Volcano Village hosts two public events this weekend. On Sunday, from 10 a.m. to noon, VAC holds a reception for the exhibit Masquerade: The Art of Illusion, available to the public by appointment from Feb. 4 to Feb. 11. For more information or to make an appointment, call 967-8222 or email community@volcanoartcenter.org.
This Sunday, from 4 p.m. to 5:30 p.m., VAC invites everyone to join Patty Johnson’s lesson, Medicine for the Mind, on Buddhist healing meditation. It’s free. For more info, call 985-7470.

A SUPERBOWL TAILGATE PARTY is set for Sunday, from 4 p.m. to 5:30p.m., at Kilauea Military Camp’s Lava Lounge in Hawai`i Volcanoes National Park. The event is open to authorized KMC patrons and sponsored guests. Park entrance fees apply. For more call 967-8351.
Posted by The Ka`u Calendar at 1:14 PM Links to this post