PAHALA RECEIVED TWO and a half hours of Red Alert Unhealthy air from Madame Pele this morning, with the rest of the time between midnight and 8 a.m. deemed Unhealthy for Sensitive Groups. During a Red Alert, everyone may begin to experience health effects. Members of sensitive groups may experience more serious health effects and are urged to avoid outdoor activities and remain indoors. People experiencing health effects are urged to consider leaving the area. Everyone is encouraged to avoid outdoor activities that cause heavy breathing or breathing through the mouth. Some Pahala residents have air cleaning machines or air conditioners that help rid the air of S02. Ka`u Hospital will be renovated this year to seal its doors and windows and provide air cleaning. Rep. Bob Herkes said yesterday that the new community disaster shelter and gymnasium to be built in Pahala should be equipped with air cleaning for the gym and adjoining rooms to provide safe rooms for the community during vog alerts. Keep track of air quality throughout Ka`u at www.hiso2index.info.

A 4.7 EARTHQUAKE RATTLED KA`U yesterday, with its epicenter on the south flank of Kilauea Volcano. There were no reported injuries, but wall hangings shifted and houses danced in Ka`u when the temblor struck at 4:36 p.m. The depth was five miles, and around 20 aftershocks followed, with a 3.1 shake about ten minutes later.
The epicenter was at Holei Pali, which has experienced 16 quakes measuring 4.5 or stronger over the last half century, according to Hawaiian Volcano Observatory spokesperson Janet Babb.
The earthquakes caused two small collapses of the West Ka`ili`ili lava delta that has been inactive since late Dec. 2011. There were no other effects apparent on Kilauea’s ongoing eruptions or on Mauna Loa. HVO monitoring networks have not detected any significant changes in activity at the summits or rift zones of the volcanoes.
For eruption updates and information on recent earthquakes in Hawai‘i, visit the Hawaiian Volcano Observatory website at http://hvo.wr.usgs.gov.

NEW MEDICAL PLANS for Medicaid are slated to improve access statewide, support new models to manage care for people with chronic diseases and provide incentives for leveraging information technology to improve the health and well being of Hawai`i residents, according to an announcement from the state. Five federal health care contracts have been awarded to the state’s Medicaid programs for low-income residents. They go to AlohaCare, HMSA QUEST, Kaiser Foundation Health Plan, Ohana Health Plan, and United HealthCare Community Plan.
Ohana Health Plan and United HealthCare Community Plan are new providers for the QUEST program. Open enrollment in those programs begins this spring. Medicaid beneficiaries will receive information to help them choose a health plan.
Beginning July 1 all the health plans, with the exception of Kaiser, will provide QUEST services to members statewide. Kaiser has chosen to focus its efforts on O`ahu and Maui.
Gov. Neil Abercrombie said, “These new contracts will improve upon an important safety net for Hawai`i. Facilitating access, expanding and tailoring options, and incentivizing providers’ use of record and management technology for better efficiency are all important steps toward the healthcare transformation we need in Hawai`i.” 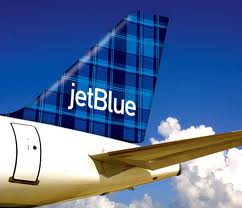 JET BLUE is the newest partner with Hawaiian Airlines. The companies signed a deal for passengers on both carriers to use single tickets. This will tie in with the direct flight on Hawaiian from Honolulu to New York, which will begin in June. Hawaiian also has a direct flight from Los Angeles to New York. Jet Blue’s hub is in New York’s JFK Airport.
PAHALA PUBLIC & SCHOOL LIBRARY will be temporarily closed until a staffing shortage is resolved, said Debra Wong Yuen, the temporary assistant branch librarian for Na`alehu. She said that due to low circulation, Pahala is a part-time library. With Na`alehu Public Library technician Lisa Cabudol retired, there are “two positions vacant (a librarian and technician) between both libraries, and only one permanent staff person on board,” she said. “When no staff from other libraries are available to operate Pahala Library, the Pahala branch will need to close temporarily until the staffing shortage is resolved. Future plans are to make Pahala Library an Internet hub, said Wong Yuen. Both Rep. Bob Herkes and Sen. Gil Kahele are promising to make saving Pahala Library an initiative in the 2012 state Legislature. Friends of Pahala Library are also lobbying to keep a school and community library on the regional high school and Pahala school campus. Pahala library hours, when there is staffing, have been cut back to Monday, Thursdays and Fridays from 11 a.m. to 4 p.m. 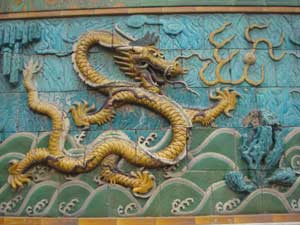 TODAY IS CHINESE NEW YEAR’S DAY and the beginning of the Year of the Dragon. In Chinese culture, Chunjie is a family-oriented holiday with people going back to their birthplace and reuniting with family members.
VOLCANOLOGIST FRANK TRUSDELL discusses Mauna Loa’s eruptive history and current status at After Dark in the Park tomorrow at 7 p.m. at Kilauea Visitor Center Auditorium. $2 donations support park programs, and park entrance fees apply.
Posted by The Ka`u Calendar at 9:45 AM Links to this post