HUNTING AXIS DEER IS NOW ALLOWED, with the Board of Land and Natural Resources eliminating the need for a special permit. Previously, hunting deer on Hawai`i Island required a special permit because axis deer are not identified as a game mammal on Hawai`i Island.
Yesterday’s vote by the BLNR removes that permitting requirement and allows hunters to control deer on public lands without restrictions for season or bag limit. All other hunting rules, such as hunting only during daylight hours and the requirement of a valid hunting license, remain in effect. Hunting on private lands requires written permission of the landowner.

Under the declaration, BLNR chairperson William Aila, Jr. identified axis deer as being harmful to agriculture, native plants, and wildlife on the island of Hawai`i, as well as constituting a threat to public safety. On Maui and Moloka`i, where axis deer may already be taken without regard to season or bag limit on public lands, axis deer have caused severe damage to local agriculture and forest resources, and have increased erosion and sedimentation that contributes to damage of coral reefs and nearshore fisheries.
Under the declaration issued by Aila, licensed hunters are encouraged to assist in the effort to protect Hawai`i Island’s natural resources and farms by harvesting any deer encountered in public hunting areas on Hawai`i Island.
In accordance with the department’s hunting regulations, there are no restrictions on the days or seasons that deer may be hunted on the Big Island and no limits on the numbers that may be taken. The declaration is required by rule to be term-limited and will last for a period of five years, through Oct. 25, 2017.
To report a suspected sighting of axis deer on the Big Island, call 443-4036.

SEN. MALAMA SOLOMON URGES all interested Hawai`i Island residents to attend next week’s public hearings on proposed Hawai`i Electric Light Co. rate increases. Meetings are scheduled at Hilo High School Cafeteria on Monday and Kealakehe High School on Tuesday. Both begin at 6 p.m. At issue is one proposal to raise electric rates 4.2 percent. The other would increase residential electric bills across the Big Island and O`ahu by approximately $1 per 600 kilowatt-hours for the proposed contract between `Aina Koa Pono and HELCO and could lead to construction of a refinery along Wood Valley Road above Pahala.
Solomon says she will present her petition at Kalakehe and that it is signed by more than 1,000 people against the proposed rate increase. Her report says she “sees this expression of public opposition as a clear mandate to demand the Governor and Public Utilities Commission (and State Consumer Protector) deny HELCO’s proposed rate increase, especially given recent significant profits reported by both HELCO and its parent company, Hawaiian Electric Light Co. HECO reported $29.4 million in income for the second quarter of 2012 – about 70 percent more profit than it earned in the same quarter in 2011."
Solomon also urges the governor to rescind Executive Agreements between the state of Hawai`i, the U.S. Department of Energy and HECO that were put in place in 2008. Solomon says, “These agreements effectively relinquished the state of Hawai`i’s control of its energy policy to HECO and thereby enabled HECO to function as an unregulated monopoly focused on profits for its stockholders rather than stable, lowest-possible-cost electricity for the families and business of Hawai`i. These agreements sanctioned HECO as a state-supported energy monopoly and enabled passing on to ratepayers all costs for HECO’s expansion and diversification away from fossil fuels.”
Petition signers and the senator ask the governor, PUC and Consumer Protector to demand that the public utility shoulder costs for timely transition away from fossil fuels and not place the burden of this transition on the consumer. Solomon says she will ask the PUC to adopt as a matter of public policy a requirement that the utility provider “must swiftly make the transition from fossil fuels to ‘stable, lower cost electricity’ – not just ‘renewable alternative fuels’ – to relieve constituents of high and continually escalating rates.”

MAINTAINING A SENSE OF PLACE is one of the principles of geotourism, explained by Jonathan Tourtellot, founder of the
National Geographic Society's Center for Sustainable Destinations. He met with groups in Volcano, Kohala Coast and Pahala this week, describing geotourism as an “economic approach for maximizing beneficial tourism and good destination stewardship.”
The longtime National Geographic and National Geographic Traveler editor defined geotourism as “tourism that sustains or enhances the geographical character of a place – its environment, culture, aesthetics, heritage, and the well-being of its residents.”
Tourtellot said the goal of geotourism is “to help preserve, protect, and educate in ways that support the natural and cultural distinctiveness of appealing places and the well-being of the people who live there.”
He said places in Hawai`i that fit this description include the old sugar towns that have unique architecture and multicultural communities that many visitors enjoy.
Geotourism can combine such niches as ecotourism and agritourism. “By featuring the destination as a whole, a geotourism strategy can strengthen the case for responsible, beneficial tourism by embracing all tourism assets uniquely distinctive to the locale. Thus allied, advocates for those assets can form a constituency of stewardship. Together they have enough political and economic clout to challenge local threats to the place’s natural and cultural resources while building a unique marketing case for their destination,” he said.
Tourtellot made presentations and held discussions with visitor industry representatives who talked about ways to keep the unique qualities of their own Big Island destinations. He pointed to places around the world that are considered treasures in the visitor industry, drawing tourists who avoid the “sameness” of some resort developments that could be anywhere in the world and often spread across villages and landscapes once tourism becomes successful.
Realizing what brings visitors to a destination in the first place is one of the first steps in protecting the prize. It can help the community to create a stewardship and planned enhancements to sustain visitation for generations and economic success for the local residents, he explained.
Tourtellot also discussed the advantages of becoming one of the World Heritage Sites, which are treasured by many travelers across the globe. Hawai`i Volcanoes National Park is one of 21 World Heritage Site in the United States. The sites are monitored by UNESCO.
The visit was sponsored by Big Island Visitors Bureau and celebrates the 25th anniversary of Hawai`i Volcanoes National Park as a World Heritage site.
See geotourism.org, travel.nationalgeographic.com/travel/sustainable/, and whc.unesco.org/en/list.

STORIES ABOUT KA`U AND SUGAR DAYS are featured in the new book, Aloha `Aina: Big Island Memories, released this week at East Hawai`i Cultural Center. The stories of retired Ka`u Hospital nurse Eleanora Jerusalem Louis and the late paniolo Edwin “Gus” Garcia Villanueva, who was raised in a sugar camp, were honored at the event.
Louis grew up in what was called Hospital Camp in Pahala. Her dad worked as an LPN. Louis recalls that during plantation days, “Day and night, the cane trucks would go up and down the road from the cane fields to the mill to dump their load. A whistle would blow timely as the crew changed shifts at 6:30 a.m., 12:00 noon and 3:00 p.m. Noon was to let the men know it was lunch time The community set their clocks by the whistle.”
Louis writes about the flume, recalling that it carried cane to the mill. “One waterway ran alongside our home, across the main street and down a tunnel into the mill. We kids would ‘dam’ the water with rocks that rolled down with the water so we could swim and play in it. We had to watch out, too, that we never got splinters into our backsides as we slid along the bottom of the flume. Sometimes we rode the cane over the main street and jumped off by swinging on the vines that hung from a mango tree that grew tall near the flume. This was dangerous too, because if the load came down swiftly, we could get bad hurt. We always had a kid as a “lookout” in case cane or watchman came along the route. The flume men later took out the rocks so they wouldn’t plug up the waterway.”
Villanueva tells the story of living in a Puerto Rican Camp and also enjoying the flume. “One day, some of my friends and I went to the top of the flume and took off our clothes then jumped into the flume on top of sugar bundles going to the mill. We timed our ride and jumped off before the mill, only to discover the luna (the boss) on his white horse. He was Portuguese. I believe his name was Cabral. He took us back to the avocado tree to get our clothes and marched us home naked to our parents who were not too happy. We got a dirty licking.”
The 288-page Aloha `Aina: Big Island Memories can be purchased through East Hawai`i Cultural Center. Call 961-5711 or email arts@ehcc.org. It is also available at amazon.com. 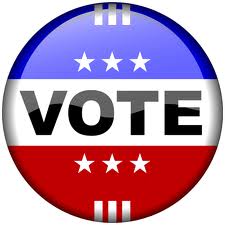 TUESDAY IS THE LAST DAY to request Absentee Mail Ballots for the General Election. Walk-in voting continues through next Saturday, Nov. 3 at Aupuni Center Conference Room in Hilo, West Hawai`i Civic Center’s Community Room in Kona and Waimea Community Center on Kawaihae Road. Registered voters with photo ID can go to any of these absentee voting polling places. Any questions can be directed to Hawai`i County Elections Office at 961-8277.

ALSO SEE KAUCALENDAR.COM AND FACEBOOK.COM/KAUCALENDAR.
Posted by The Ka`u Calendar at 11:04 AM