THE STATE PUBLIC UTILITIES COMMISSION yesterday denied the contract between `Aina Koa Pono and Hawaiian Electric Co. by a unanimous vote. The contract, which called for higher electric bills to pay for the project, would have helped secure financing to build a refinery between Wood Valley and Pahala and to grow biofuel crops on some 13,000 acres between Pahala and Na`alehu.
AKP had promised 400 construction jobs and hundreds of permanent jobs for the mill and farm.
However, the PUC called the price at which the AKP-produced biofuel would have been sold to the electric company “excessive, not cost-effective,” and “unreasonable and inconsistent with the public interest.” The commission wrote: “In effect, from a real world, bill-paying perspective, the HECO Companies seek the commission’s approval to consistently charge affected ratepayers a premium for HELCO’s purchase and use of AKP-produced biofuel under the terms of the twenty-year contract. Such a result is unreasonable and not in the public interest.”
The PUC also called the proposed biofuel pricing a “a mystery to all but a select few,” as it remained confidential to all but the electric company, `Aina Koa Pono, the PUC and the Consumer Advocate. The PUC stated in its decision that the price would have been an estimated eight-figure amount (at least 10 million dollars) in 2015, the first year in which the sixteen million gallons of biofuel could have been produced. “Over the course of the twenty-year contract period, the total estimated cost impact of using AKP-produced biodiesel instead of petroleum fuel will be a nine-figure amount,” (a minimum of 100 million dollars), the PUC wrote.
While the commission wrote that its decision was largely based on the high cost of the biofuel, it noted commissioners’ other major concerns with the contract, such as the likelihood that using the biofuel to keep the electric company’s existing power plants operating “will displace or curtail existing cheaper renewable alternatives.”
The PUC also listed community support and opposition in its written decision. Community concern, noted by the PUC included:
“The lack of an environmental assessment or environmental impact statement for the AKP Project; emissions generated from burning biofuel, which is not a clean renewable energy resource; health, safety, and ground transport (i.e., trucking) concerns related to the AKP Project;
“Inadequate water supply for the source crops; utilizing the land for food crops, and not as source crops for biofuel. Utilizing other renewable energy resources, which are ‘clean’ and lower in cost, in lieu of biofuel;
“The AKP Project will increase, and not decrease, electric utility rates;
“Based on the HECO Companies’ estimated amount of the proposed monthly biofuel surcharge, the cost of AKP-produced biofuel (which is filed under confidential seal) is not economical;
“The proposed biofuel surcharge is unfair and unnecessary;
“Arbitrary, preferential treatment for the biofuel industry;
“The MWDP (microwave) technology is unproven on a commercial scale (i.e., the AKP Project is not technically or economically feasible);
“Net zero displacement of petroleum diesel, when one energy unit of petroleum diesel is used to produce one energy unit of biofuel;
“Lack of ratepayer benefits.”

A MEETING ON THE Nani Kahuku `Aina development will be held at Miloli`i today, sponsored by Pa`a Pono Miloli`i at 2:30 p.m. at the Halau - the Miloli`i Pavilion. The organization is calling for more community involvement in reviewing the plan to change land to Urban designation from Conservation along the coast between South Point and Ocean View Ranchos to create a development called Kahuku Village. The meeting will be followed by a presentation by Conservation International and Pa`a Pono Miloli`i on a marine conservation program.
TODAY IS THE LAST DAY for comments on the plan to put a sidewalk on the mauka side of Hwy 11 in Na`alehu. The state Department of Transportation’s draft Pedestrian Master Plan ranks the project as number one on the Big Island. The plan can be read, and comments can be made, at hawaiipedplan.com or 808-587-6395.
VOTING CONTINUES THROUGH tomorrow morning at Ka`u Federal Credit Union in Na`alehu for the cover art for the Ka`u Chamber of Commerce’s Directory 2012. The End of Show celebration takes place tomorrow from noon to 2 p.m. The Directory is Ka`u’s phone book and resource publication. Deadline to submit listings and advertising is Oct. 31. Applications are online at kauchamber.org or call 928-6471. 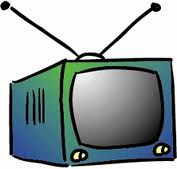 ELECTRONIC WASTE CAN BE dropped off at the Wai`ohinu transfer station tomorrow from 9 a.m. to 4 p.m. This is the first day for the program that will rotate between Wai`ohinu and three other locations each Saturday. E-waste will be accepted at Wai`ohinu on the first Saturday of each month. Items accepted include TVs, monitors, laptops, VCRs, DVD players, stereo equipment, cameras and telephones.

SPIRIT WEEK CONTINUES AT KA`U HIGH. Today is Flashback Friday and features students wearing clothes from different eras. The Homecoming Dance is tonight, and the parade tomorrow precedes the homecoming game, with kick-off at 6 p.m. on the Ka`u High football field against Kohala.

KA`U HIGH GIRLS VARSITY VOLLEYBALL beat St. Joseph’s in the Ka`u High gym last night. The Trojans only gave up one set in the match and came back strong to quickly vanquish St. Joe in the fourth set, allowing them to score just 10 points. Set scores were 25-22, 21-25, 25-22 and 25-10. During the game a serious injury to a St. Joseph's player stopped the game for 45 minutes.
Posted by The Ka`u Calendar at 10:44 AM