COUNTY CREDIT CARDS are coming under media scrutiny for more than use by the mayor's office. The Honolulu Star-Advertiser requested and received the history of the county credit card used by the head of the the county water department. The newspaper reported this morning that "The manager for Hawai`i County's Department of Water Supply billed the county more than $7,000 for post-meeting lunches with board members over two years, raising concerns that Hawai`i island taxpayers have been picking up the tab to have public issues discussed in private."
"A department spokes­woman said no official business was discussed during the lunch meetings, which have been held at public expense because the department 'is appreciative of the service and value the Water Board members provide as volunteers with substantial responsibilities,'" the Advertiser story reported.
The Advertiser story stated that "Quirino Antonio, the Department of Water Supply's manager and chief engineer, regularly used his county-issued purchasing card — or pCard — to buy lunch for the Water Supply Department's nine board members and staff primarily at the Hilo Yacht Club and Kona's Bite Me Fish Market following monthly board meetings. Antonio is also in charge of overseeing the Department of Water Supply's pCard expenditures, according to the State Procurement Office."
The Advertiser review of pCard receipts from the county Department of Water Supply showed $7,366.03 in expenditures described as "Water Board Meeting," "Water Board Luncheon Meeting in Kona" and "Water Board Luncheon" from January 2013 through January 2015. The newspaper pointed out that "luncheons were not announced to the public, even though the Water Board describes them as meetings."
According to the Advertiser, the average bill cost the county $294.64 with lunch bills at the Hilo Yacht Club averaging $339.35. The most expensive charge on the county water chief's pCard "was the $921.87 lunch bill at the Hilo Yacht Club following the Department of Water Supply's meeting on Dec. 13, 2013. His pCard records list only eight people who attended the lunch. But Kanani Aton, the department's spokes­woman, who is listed as one of the eight people in attendance, wrote in an email that the lunch honored 'employees of the quarter, retirees, and outgoing board members with a buffet style meal.'
"Asked to explain the discrepancy, Aton wrote in a subsequent email that a problem with the spreadsheet of Water Supply pCard expenditures cut off other names," reported the Advertiser.
The story quotes Dan Mollway, former executive director of the state ethics commission, saying such purchases raise concerns over whether Water Supply board members discussed board matters in violation of Hawai`i's sunshine law. Mollway also questioned the propriety of the department head with the pCard monitoring pCard use, particularly since Antonio made most of the expenditures.
"The rule should be that someone else should oversee it to avoid temptation or overuse," Mollway told the Advertiser.
The water department spokesperson told the Advertiser that liquor was never purchased and board matters were not discussed at the county funded lunches. She also attempted to justify buying lunches. "Some members have to travel substantial distances, involving hours worth of travel times (to and from) in addition to the board meeting duration," Aton wrote to the newspaper.
Several news services around the state are asking local government officials for records of pCard use, the interest coming after West Hawai`i Today reported on non-county expenditures by Mayor Billy Kenoi on his pCard, for which he has reimbursed the county. See more at www.staradvertiser.com.
To comment on or like this story, go to facebook.com/kaucalendar.
KA`U FARMERS UNION UNITED meeting today featured State Rep. Richard Creagan who gave an update on the activity at the 2015 Hawai`i State Legislature. During the meeting held at Gilligan's Cafe in Discovery Harbour, Creagan  said a cottage industry bill, which would allow producers to use their home kitchens instead of a certified kitchens, looks like it will pass. The bill limits the amount of sales that could be received for products made in home kitchens.
A bill concerning medical marijuana dispensaries may make it easier for Ka`u residents to fill medical marijuana prescriptions. Creagan said this bill too may pass.
Creagan, who also serves as vice president of Ka`u Farmers Union United, also said that he sees agriculture as a rainbow that includes all the people who produce, from those who just have one fruit tree, to those with backyard home gardens and those with farms and ranches in the full spectrum. He said farmers markets can better integrate agriculture from the smallest to largest producers.
Ka`u Farmers Union United president Greg Smith mentioned several upcoming events. The Farmers Union will sponsor a booth at the Ka`u Coffee Festival Ho`olaulea on Saturday, May 2, promoting memberships and locally produced food products. Volunteers can call him to help. On Sunday, May 3 there will be a soils day at Earth Matters farm at South Point and Kamaoa Roads. Topics will include how to create healthy soil and saving seeds. On Saturday, May 23, Earth Matters hosts a potluck at 11 a.m. following a meeting at 10 a.m. when Vince Mina, the statewide Farmers Union United president will speak. Call 939-7510.
To comment on or like this story, go to facebook.com/kaucalendar.

CONSTRUCTION ON THE THIRTY METER TELESCOPE on top of Mauna Kea will be delayed further, according to a statement from Gov. David Ige this morning. He said that "leadership informed me that constructin will continue to be postponed." He also stated that it is his understanding that sponsors of "TMT followed an almost seven-year planning and permitting process, which included public hearings and community input. Following this process, project permits were issued. The TMT team is legally entitled to use its discretion to proceed with construction." The governor said, "I understand that not everyone will agree with this and recognize and respect their right to appeal through the court system.
"We have used this time to listen and learn about Maunakea from various stakeholders. I learned about other issues that need our attention to create and implement a better plan for the stewardship of Maunakea. This may include: Decommissioning and removing older telescopes and facilities to restore the summit; reducing the level of activity on the summit; and integrating culture and science."
Ige said that his administration will work with University of Hawai‘i, Office of Hawaiian Affairs, and the community "to actively pursue these outcomes." 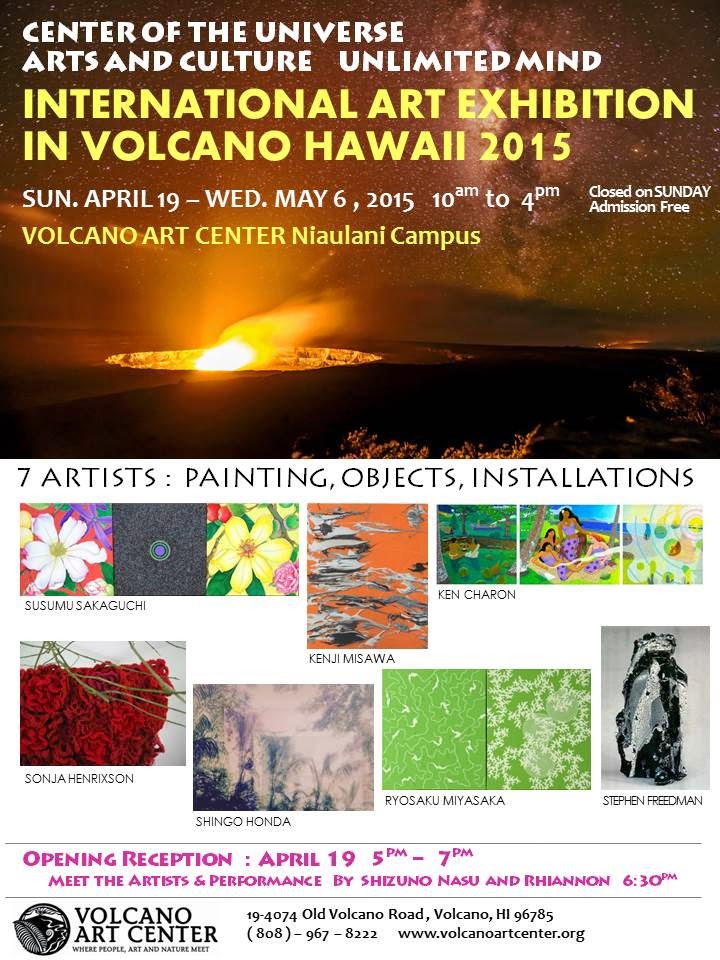 The delay came after protesters set up camp on Mauna Kea and attempted to block construction vehicles, with some arrests made. Protesters contend that the mountain is sacred and being desecrated by continued development of astronomy facilities.  To comment on or like this story, go to facebook.com/kaucalendar.

TO CELEBRATE NATIONAL PARK WEEK, Hawai`i Volcanoes National Park waives entry fees through Sunday, and Kilauea Military Camp offers an open house where everyone can utilize any of its facilities and services to experience how KMC supports America’s troops.

CATHOLIC YOUTH DAY came to Pahala yesterday and today with teen boys and girls offering community service, and experiencing education, organization and celebration. The events were held at Holy Rosary Church and Pahala Plantation House with accommodations at Pahala Plantation Cottages and the Old Pahala Clubhouse. The youth groups marched though the village with banners and slogans like Don't Be Afraid. They visited long term residents of Ka`u Hospital and the medical staff.  Parishes included St. Theresa, St. Joseph, Holy Rosary, Immaculate Heart and others.
Representatives of the Office of Youth and Young Adult Ministry came from Honolulu with their vision to help young people by "encouraging full, active, and responsible participation in the life and mission of the Church." OYYAM provides leaership training and community building skills, education and retreats and opportunities to participate in World Youth Day.
To comment on or like this story, go to facebook.com/kaucalendar. 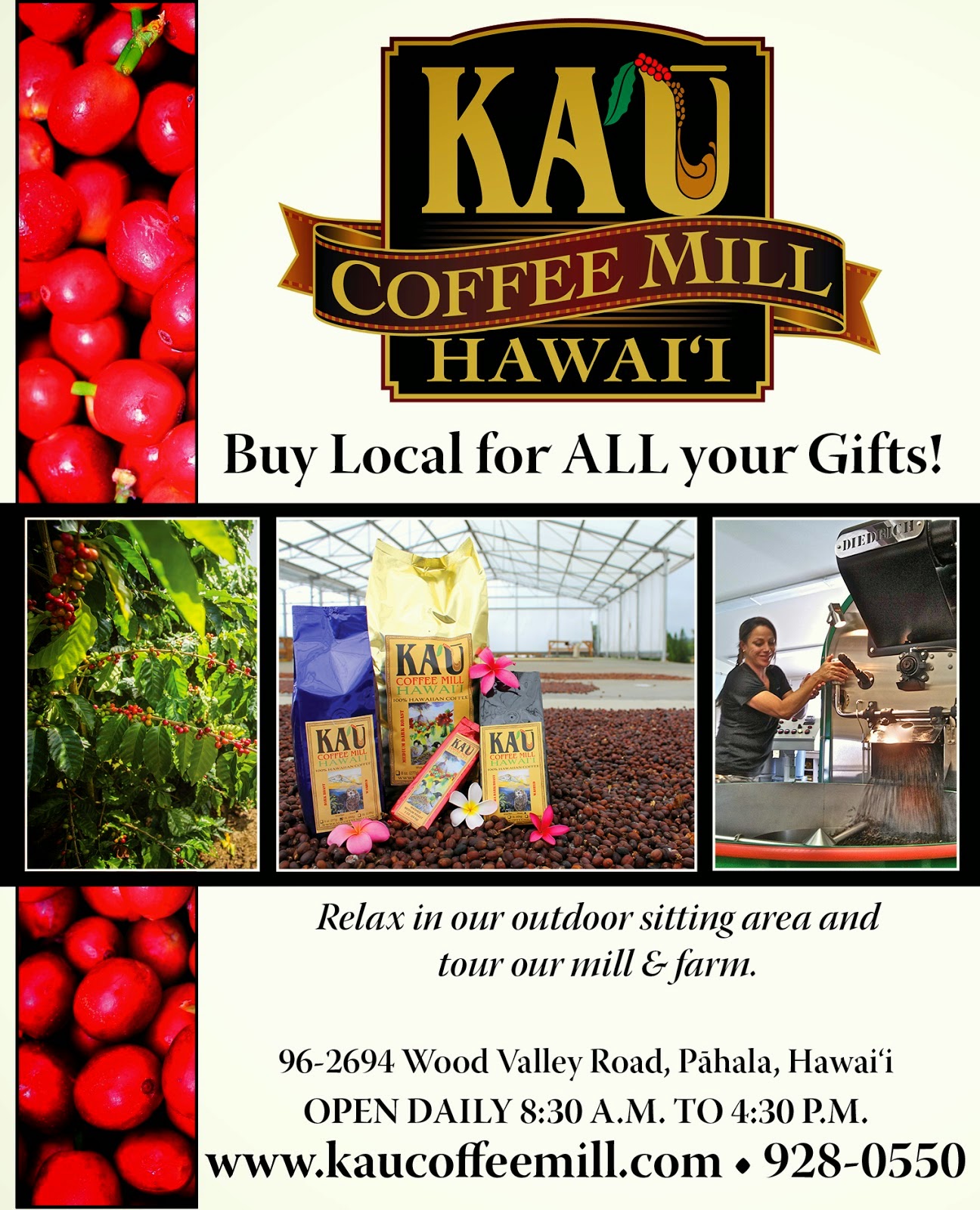 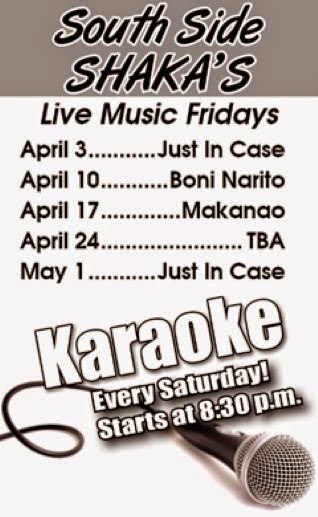 Posted by The Ka`u Calendar at 7:39 PM Links to this post