IT LOOKS LIKE A WHALE – or a big chunk of deteriorated whale blubber – that washed into the little cove by Johnson pond at Punalu`u yesterday. The white mass being pushed by waves onto the rocky shoreline caught the eye of shore fishermen and hikers along the coast. Such marine remains are left for nature to recycle unless they pose a hazard to people. The remains were so deteriorated, it was difficult for wildlife experts to initially confirm the species of the animal. Green sea turtles swam around the carcass.

ACTIVITIES AT VOLCANO HOUSE at Hawai`i Volcanoes National Park could begin as early as Aug. 18, with the reopening of the gift shop, according to a story in this morning's Hawai`i Tribune Herald. "A new concessioner is set to take the reins Monday. Pending Congressional approval, Hawai`i Volcanoes Lodge Co. LLC will assume operation of the historic hotel and restaurant overlooking Kilauea Caldera. Once the company has taken possession, it will begin an estimated year-long process of renovating the property," the article reports, referencing Hawai`i Volcanoes National Park Superintendent Cindy Orlando.
The new concessioner selected by the National Park Service, following a long stint by Ken Fujiyama and his Ken Directions, Inc., is a partnership between mainland based Ortega National Parks, LLC and Honolulu based Aqua Hotels & Resorts, Inc.. The contract is for 15 years. Previous concessioners included Sheraton Hotels and “Uncle” George Lycurgus.

“The contract should be signed by Monday the 13th,” Orlando told the Tribune Herald on Wednesday. “We’ll get notification from Washington, D.C., and then we’ll hand it over to them (Hawai`i Volcanoes Lodge Co.). She said the gift shop will have a "soft opening" with sandwiches, drinks and some limited retail sales. The Namikanipaio campgrounds with its ten cabins could also be open by the end of August with new floors and mattresses, the Tribune Herald story reports.
The first hotel-style accommodations to reopen, perhaps by the end of the year, will be the eight rooms in the Volcano House annex located between Volcano House hotel and the Hawai`i Volcanoes National Park Visitor Center. The other 32 rooms will be renovated, along with the dining room, a lanai eating area and other areas in Volcano House and could be completed sometime in 2013, the story says. 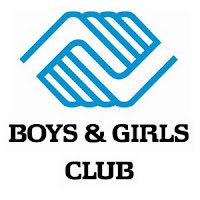 Volcano House shut down after New Years Eve in 2009 and the National Park Service invested $4 million in safety and seismic upgrades. It also processed three rounds of bidding on the concessioner contract before settling on Ortega and Aqua.

BOYS & GIRLS CLUB invites parents and other interested community members to Na`alehu Community Center this Friday at 6 p.m. for a needs assessment session. The public can weigh in on ways to help the youth of Ka`u. A second session will be held on Wednesday, Aug. 22 at Pahala Community Center at 6 p.m. Food will be served at both sessions and participants are asked to call in to reserve a meal at 961-5536.

TODAY IS THE LAST DAY FOR EARLY WALK IN VOTING before the Primary Election this Saturday, Aug. 11. Early walk in voting is available from 8 a.m. to 4 p.m. through Thursday at West Hawai`i Civic Center Community Room, Waimea Community Center and Aupuni Center Conference Room in Hilo. The Pahala early walk is not offered this election.
Polling places in Ka`u for this Saturday’s primary are at Pahala School Cafeteria, Na`alehu Elementary School and Ocean View Community Center. Closer to Kona, polling places are at Miloli`i Halau, Ho`okena Elementary School and St. Benedict Catholic Church. In Volcano, the polling place is at Cooper Center with the next location towards Hilo at Mt. View Elementary School. Polls will be open from 7 a.m. to 6 p.m. Here are the state House and Senate candidates running to represent Ka`u: 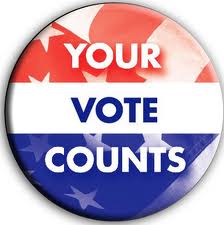 STATE REPRESENTATIVE DISTRICT 5. Honu`apo - Keauhou: Dave Bateman (R), owner of Heavenly Hawaiian Coffee Farms., former attorney, and retired U.S. Air Force colonel who advocates for local coffee farmers; Denny Coffman (D), who has served in the state House of Representatives since 2008, chairs the House Committee on Energy and Environmental Protection, and serves on the House Committee on Water, Land and Ocean Resources; and Leolani Oyama (D), who worked at the state Legislature and advocates for better education.

STATE REPRESENTTIVE, DISTRICT 3, Punalu`u – Waiakea uka: Fred Fogel (L), a retired strategic planner and quality advisor to the adjutant general of state Department of Defense who advocates for county school boards, paying teachers based on merit, protecting the Ka‘ū Coffee name and making ag land the cheapest tax rate; Marlene Hapai (R), who earned a doctorate in biology and taught at UH-Hilo and Mānoa, who says the community should determine its wants and needs in the way of jobs; Richard Onishi (D), an Information System Analyst for County of Hawai‘i who advocates to ensure the economy supports local businesses and products , environment is preserved , and access to first-rate medical services; and Brittany Smart (D), who represents District 6 of Hawai‘i County Council, who says she works toward more public participation and governmental transparency, increased government efficiency via technology, and environmental and waste reduction solutions.
See more on other candidates in tomorrow’s news briefs.

FOOTPRINTS TRAIL will be the hike for Sunday Walk in the Park this weekend, sponsored by Friends of Hawai`i Volcanoes National Park. Volcanologist Cheryl Gansecki, who will lead the four-mile excursion, has a Ph.D. in geology from Stanford University and a bachelor’s in earth science and archaeology from Wesleyan University.  Along Footprints Trail, hikers will examine textural details of an ‘a‘a lava flow. Descending to the desert sand, walkers will view footprints preserved in the muddy ash from the 1790 eruption. Around Mauna Iki, hikers will see a pahoehoe lava field before climbing up the little mountain and may come across Pele’s hair from the Halema`uma`u plume. Sunday Walk in the Park is free for Friends of Hawai`i Volcanoes Park members, and non-members are welcome to join the nonprofit organization and attend. Annual memberships are $30 for individuals and $45 for families. To register, call Friends of Hawaii Volcanoes Park at 985-7373 or visit www.fhvnp.org.

SUPPORT OUR SPONSORS AT PAHALAPLANTATIONCOTTAGES.COM AND KAUCOFFEEMILL.COM.
Posted by The Ka`u Calendar at 10:04 AM Links to this post