OPIHI PICKING MAY BE RESTRICTED, putting moratoriums on some popular places for gathering the limpets along rocky shorelines around the Hawaiian Islands.
Senate Bill 2923 “Establishes a ban on taking or harvesting opihi statewide, subject to open and closed seasons and traditional gathering rights and practices.” It would prohibit the taking or harvesting of opihi, even for non-commercial purposes, in an amount greater than one quart with shells attached or one half pint without shells per day. The new law would require the Department of Land & Natural Resources to submit an annual report regarding effectiveness and enforcement. It could start with a five-year opihi picking ban on O`ahu, which has drawn concern that a rush to pick opihi on the Big Island would be driven by a ban in Honolulu.
The DLNR testified that native gathering rights for opihi would need to be defined and pointed out that all marine conservation districts already ban opihi picking.
The state Department of Hawaiian Homelands testified to the legislature that it supports the bill but suggested a resource study on opihi. University of Hawai`i marine scientists also gave supportive testimony, saying “Opihi is a delicacy that is part of Hawai`i’s culture, and, as such, there is universal agreement that the resource must be preserved for future generations to enjoy.” Some testimony calls for different recreational and home use bag limits. Opihi sell for large amounts of money and are popular at lu`au’s and other Hawaiian celebrations. Ophihi picking is often referred to as the most dangerous job in Hawai`i. 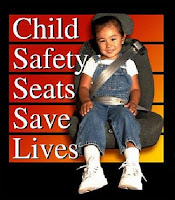 AN INFANT NOT IN A CAR SEAT died yesterday following an accident on Hwy 11 about five miles toward Volcano from Pahala. Members of the public attempted CPR on the infant but the baby died. All seven people were from Japan and were traveling in a van when the driver veered off the highway and the van flipped. One woman was lifted by helicopter from Pahala Community Center in critical condition. All of those injured were taken to Hilo Medical Center. The baby was six months old and police have opened a negligent homicide investigation, as the baby was unsecured in the van.

LINDA LINGLE, THE FORMER HAWAI`I GOVERNOR, now candidate for U.S. Senate has announced she will establish advisory boards on the Big Island and the other Neighbor Islands to give people a voice at the federal level, if she is elected.
She established similar county boards during her eight years as governor, comprised of volunteer community leaders. On this island there were East and West Hawai`i members. “Having worked and lived on both Moloka`i and Maui, I know how important it is for residents on every island to know their concerns are being heard by their U.S. Senator and that their opinions are important at a national level,” Lingle said. “While other candidates have pledged to be available via a toll free number or through their websites, I believe it is critical for constituents to be able to interact face-to-face with a member of my team when I am in D.C.,” Lingle said.

EARTHQUAKES and swarms of small temblors continued yesterday into today with a 4.3 registering at 3:52 this morning and a 4.1 on Thursday at 9:02  p.m. By mid-morning today there were 75 recent earthquakes on the U.S.G.S. map of the Big Island. Many of them are near Kilauea Crater where Mauna Loa and Kilauea plates meet. Such swarms at the same location have been recorded in the past. The biggest earthquake near the same site was a 6.6 in 1983, leaving more than $7 million in damages between Ka`u and Hilo and cracking roads and destroying trails in Hawai`i Volcanoes National Park. See tux.wr.usgs.gov for the latest maps and information on earthquakes.

KIPUKA`AKIHI HIKE, a ranger guided hike into the Kahuku Unit of Hawai`i Volcanoes National Park, takes place, 10 a.m. to 3 p.m., Sunday. The entrance to Kahuku Unit is between mile markers 70 and 71 on Hwy 11. Participants explore an isolated refuge of rare plants in a remnant old-growth forest. Pre-registration required. 985-6011

LA `ELIMA CELEBRATION, hosted by Hauoli Kamana`o Church, will be held tomorrow, from 11 a.m. to 3 p.m., at Miloli`i Village Park Pavilion. The church invites the public to talk story, enjoy live music, fire dancing and lu`au style food. Walter Kahiwa, Jr. will give a detailed history of La `Elima, which translates to February 5th the day the event occurred.
Long ago, the little yellow church was lifted up and deposited inland by a massive earth shift and subsequent kaiko`o, or big seas, said Angie Bowman, one of the event's key coordinators. The original location is now submerged 300 yards out to sea. Villagers used palm trunks to move the church to its current location. She summarized the story saying that the school children were thought to be lost to sea. However, five days later they were rescued from caves above the fishing village. "Although many died along the coast, no lives were lost in Miloli`i."

THE KA`U RED HAT LADIES and Kalae Quilters sponsor a spaghetti dinner to benefit Ka`u Hospital tomorrow from 4 p.m. to 7 p.m. at Na`alehu Community Center. Tickets are $9.99 and can be purchased at the door.

KA`U FARMERS, along with those from Kona and Kohala, are invited to attend a new forum, West Hawai`i Sustainable Agriculture Skills Panel – created by the Workforce Development Council, to voice their concerns and solutions to help develop agriculture. The forum, hosted by Hawai`i Department of Ag and Department of Labor, is set to meet on Tuesday, March 6, in Kailua-Kona at King Kamehameha Kona Beach Hotel from 8:30 a.m. to 4:30 p.m. Participation is free. The forum has five focus areas: ag innovation and sustainability, education, infrastructure, recruiting, and food system. Guests are asked to RSVP to standford.j.fichtman@hawaii.gov. Call 808-586-8672 for more.