BRITTANY SMART will not run in the 2012 election for the District 6 County Council seat that serves Ka`u. In the middle of her first term in office, she made the announcement yesterday, saying it was for personal reasons, but she would not rule out running for public office in the future.
Smart defeated Council member Guy Enriques to take her first elected position last year. This followed graduating from University of Hawai`i – Hilo with a degree in political science. Smart is 28, married this past June and lives in Discovery Harbour. Her husband works in the composting and recycling business.
BRENDA FORD issued her own statement saying she will run for County Council District 6. She said, “New Council District 6 is a very large area and needs a person who understands agriculture, business, infrastructure and the need for jobs and services. I have always worked diligently to provide for rural areas throughout the island.” Her home became part of District 6 with the recent redistricting, which added Napo`opo`o and Captain Cook. Should she win in Ka`u – South Kona, she would serve for the fourth and last time, given term limits. Ford said has been working more than full-time on the part-time Council position after a career in business management.
Ford said she would champion completion of projects supported by Smart, including the Ka`u High School shelter and gym, the Ocean View Well, Ocean View Transfer Station and the Ka`u satellite County Council office where constituents could testify and attend Council meetings remotely. Ford said she plans a series of “listening” meetings for District 6. She said she lives in a rural area in South Kona and appreciates the issues of Ka`u.
During her three terms as a Council member, Ford has championed the Two Percent Land Fund that has contributed to the preservation of Honu`apo and Kawa and the pending purchase of 3,000 acres at Road to the Sea near Manuka.
Smart endorsed Ford, saying Ford is “completely dedicated to this job and has my utmost confidence in accurately representing the district. Ford is very knowledgeable in issues that face rural areas, such as lack of government access and infrastructure, agricultural issues, and sufficient police presence.” Smart said Ford “has promised to follow through on any projects that may remain at the end of my term.”
THE OTHER ANNOUNCED CANDIDATE for the County Council race is Lee McIntosh, 30, of Discovery Harbour.
Candidates can pull nomination papers beginning Feb. 1. The primary election is Aug. 11 and decides the winner, unless a runoff is required in the general election. The Council members take their seats in December.

THE GREEN JOBS INITIATIVE has a boost from the state Department of Labor & Industrial Relations, which has launched a web-based directory of Green Employers. Green employers in renewable energy, natural resource conservation and other green enterprises post profiles to describe operations, core occupations, and skills and education they want in employees.
The Hawai`i Directory of Green Employers includes results from a 2010 survey. The online directory allows employers to update their information and new employers to add themselves to the directory.
“Hawai`i has hundreds of Green Employers operating thousands of work sites — and through our Hawai`i Green Jobs Initiative we are investing in the state’s workforce by providing training needed to work with green companies,” state Department of Labor and Industrial Relations director Dwight Takamine said. “Now we have developed a comprehensive, centralized tool for matching existing employers with potential employees. This is an important step forward as we continue to build a sustainable economy.” To access the directory, visit lmi.ehawaii.gov/green. 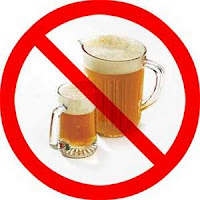 DRINKING AND DRIVING is a major target of the Hawai`i Police Department through the weekend. New Year’s revelers are warned to take along a sober designated driver. AAA has also offered free tows and rides home for up to five miles. For longer distances the partier can pay the difference to the tow service.

PROTECTION OF NATURAL AND CULTURAL RESOURCES is the New Year’s Eve aim of the state Department of Land and Natural Resources. Consumption of alcohol and fireworks are prohibited in all state parks, forests, and small boat harbors, said William J. Aila, Jr., the DLNR chairman.